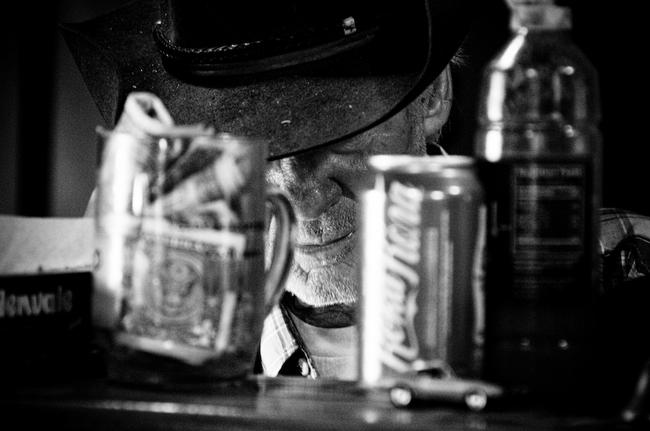 In the middle-of-nowhere town of Castroville, CA (the self-proclaimed “Artichoke Center of the World”) is a small barbecue joint called Central Texan BBQ. It’s been around for about 24 years now and is about as close as you’ll get to authentic Texan barbecue in California.

The owner, proprietor, and head barbecueologist is a man called Don Elkins. A character and a half, he’s as big a reason to visit as the food. Pushing seventy, he’s still as spry as they come, and as willing to shoot the breeze as any.

I shot off a number of photos of the place, but wasn’t really happy with any of them except this one. There’s just something about it — the quiet smile half-hidden behind his hat as he carves up some amazing brisket — that seems to capture him nicely.

p.s. As far as I know, no one calls him “Big Don.” I just have that Big John commercial song stuck in my head and it seemed to fit.