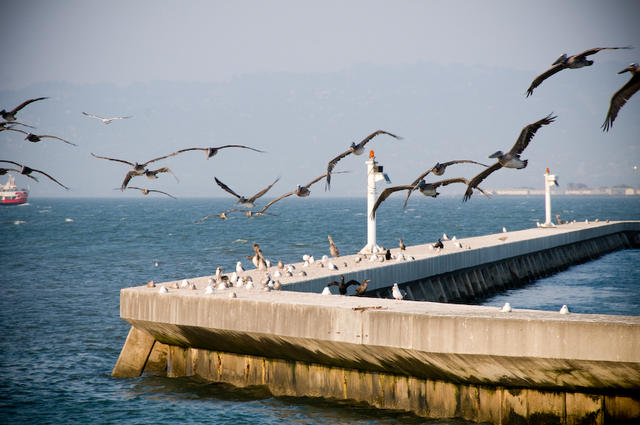 A few pelicans in flight. I absolutely love watching pelicans fly, because they’ll get very close to the top of the water as they’re flying at top speed. We’re talking no more than two, maybe three feet off the water, tops. They’ll all just swoop down without breaking formation and fly by, wingtips just barely missing the water as they flap.

Just the other day I was biking along the pier and a large group of them hit the deck, flying right above the water, not more than fifty feet from me. I immediately sped up, trying to match them. I only biked alongside them for five or six seconds, but there was something very aweing about it.

I can’t even begin to imagine what it must be like to run or fly or swim alongside animals in their natural habitats.