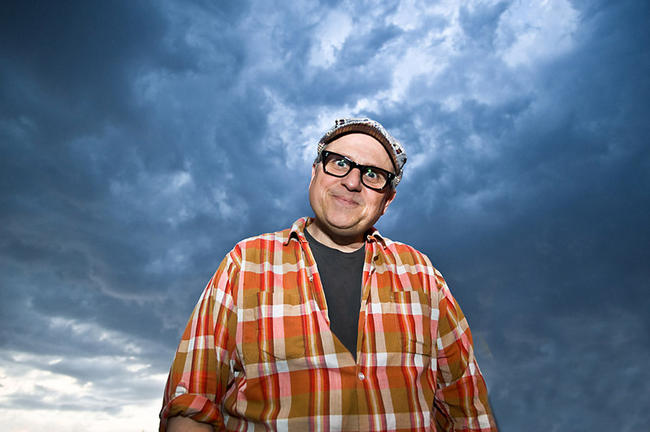 Updates have been more infrequent than normal because I spent the last week shooting the Boston Indie Film Fest. Ironically, the reason I haven’t had any new photos to post is because I’ve been taking so many photos these past few days. Take that as you will.

This was taken tonight, at the closing screening — Bob Goldthwait’s World’s Greatest Dad, starring Robin Williams. It was pretty good. A dark comedy of sorts though not very morbid, despite the basic tone of the film. All in all well worth watching.

Covering the IFF Boston has been a blast and I’d love to do it again in the future. It was basically seven days of non-stop running around, getting from Q&A to Q&A, cornering celebrities and feeling like a heel because you’re invading their space to take a photo, and generally just being constantly busy.

As much fun as I had, though, I’m looking forward to having a few days where I can actually do stuff after work.