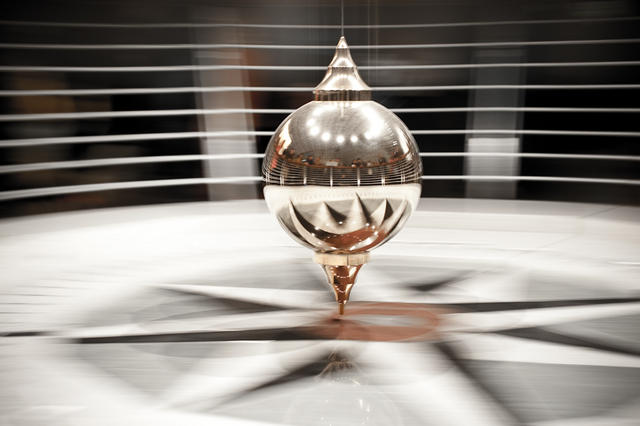 Every Thursday night, the Academy of Sciences throws a party called Nightlife. They fill the halls with DJs while keeping all the attractions and exhibits open. It’s pretty damn fun. Tonight’s party was one of the 197 parties across the globe celebrating Yuri Gagarin, the first man in space. It’s called Yuri’s Night, and it runs from April 4 – 12.

One of the exhibits at the Academy of Sciences is a Focault’s Pendulum. A weight on a long string that has its path influenced by the rotation of the Earth. It took a few shots to get this right (and the jury’s still out whether or not it works best dead-center), but for the most part I’m happy with it. There’s something kinda cool about taking a tracking shot of something connected to the Earth’s orbit.

It feels kinda like photographing the planet in motion by proxy.