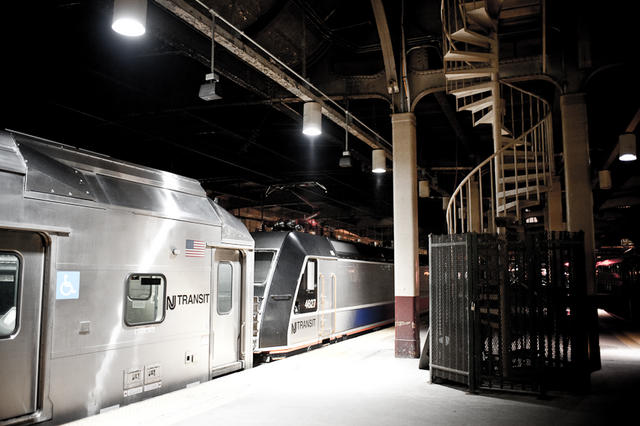 By mike25 February 2010No Comments

I love train stations. There’s probably no more romantic an image of travel than standing on a train station, steam rising from the tracks, saying goodbye to a loved one as their car speeds away. It’s an image we’ve seen a hundred times before in a hundred different incarnations, all of them dark and romantic and mysterious and classic.

Which is why commuter trains annoy me so much.

As much as I can understand the logical, practical reasons for their blah and unsexy designs (the silver siding, for example, makes it much easier to clean graffiti), that doesn’t make them any less blah and unsexy. Train stations, especially by night, invoke a certain image and commuter cars just ain’t it.