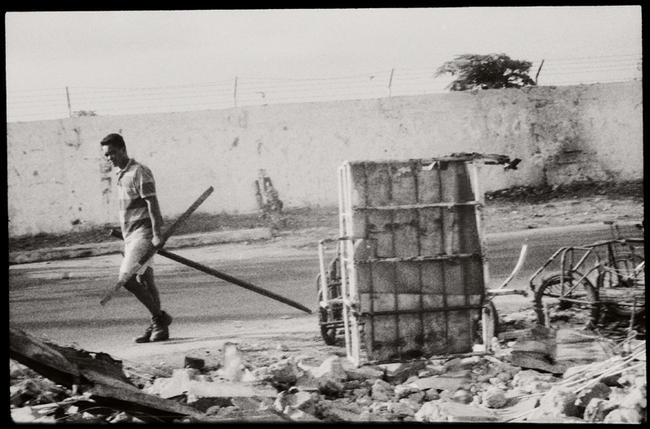 With a huge poverty line, the Philippines (and Manila especially) is home to a lot of squatter areas: little shanty towns built on available land. Because there isn’t a lot of land to go around, you’ll often find these squatter areas in the shadows of developed subdivisions and the like.

While driving home one day, I chanced upon a demolished squatter area. The government was in the middle of a reclamation initiative and evicting squatters from their homes and demolishing the places.

Even though they were small, makeshift areas, many of them had been around for a long time. One of the men I spoke to while shooting had been living there for over twenty years. Shanty or not, it was his home.

Right after the government demolished the area, the people immediately started collecting the wreckage and rebuilding. They didn’t move an inch. Within a month or so, they had rebuilt most of their homes and it was like nothing had happened.