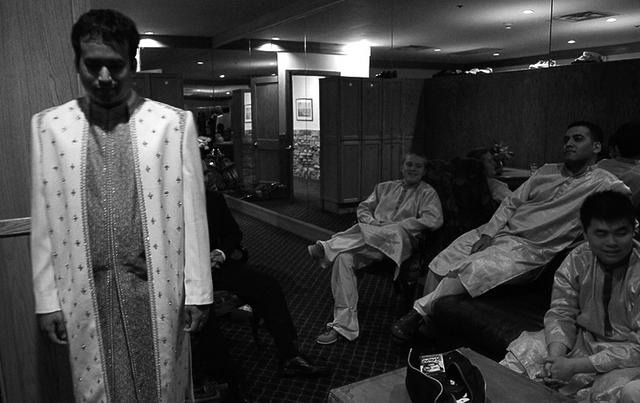 I’m really trying to not get into the habit of posting shots from older photo series, but I hardly get to shoot during the week so it’s often a choice between posting an older shot or no shot.

This was taken at the wedding last month. People say the camera doesn’t lie. Maybe not, but it’s very good at presenting false impressions by capturing moments out of context. Zishan is actually looking at something on the floor, but because of the dark lighting and deep shadows, you’d think he was headed to the gallows instead of getting ready for the happiest day of his life.