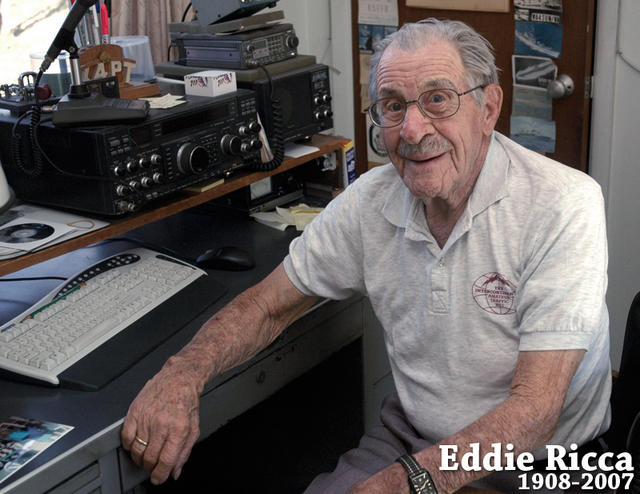 By mike14 September 2007No Comments

The photo is almost two years old and I have more shots of him — ones that people might consider technically ‘better,’ but this is how I’ll always remember him. With a ready smile on his lips and a twinkle in his eye, sitting in front of the HAM radio (call sign K4PT) that was his inseparable tool and toy for most his life.

When I saw him last, I asked him — half-seriously, half-wryly — if he had any words of wisdom to impart after 98 years. What was the one thing that stood out to him after nearly a century.

Everything you have is worthless unless you share it with others.

And they weren’t empty words. He touched so many people over the course of his life, gave so much of himself to anyone that asked. He’ll be sorely missed, but by few as much as myself.

I love you, grandpa.