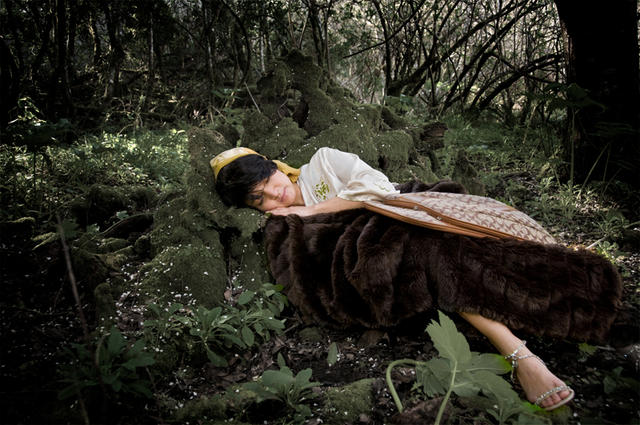 babe in the woods

By mike9 March 2008No Comments

I had my first “real” photo shoot today, by which I mean I schlepped through the woods with models, costumes, makeup, lighting gear, camera gear, you name it. It was the first time I’d had a shoot with very specific lighting, directing the models, and so on. It went pretty well.

Thing is, taking the pictures is only half the battle these days. It’s not enough to get the shot, you need to run it through a lot of post- in order to really bring out the drama. Case in point, the recent Disney campaign that had Annie Leibovitz shooting modern celebrities as beloved and iconic Disney characters.

The photos were only the start. After that, there was a LOT of Photoshop work done. Compositing, adjusting, blending, you name it.

I wanna learn how to do that. Maybe not to the extent where the resulting image is half real and half fabricated, but enough to at least bring out the inherent drama in the scenes.

I tried it a little with this photo, but the techniques I used (selective vignetting, masking, color and curve manipulation) are amateurish as best. There’s so much I have yet to learn.