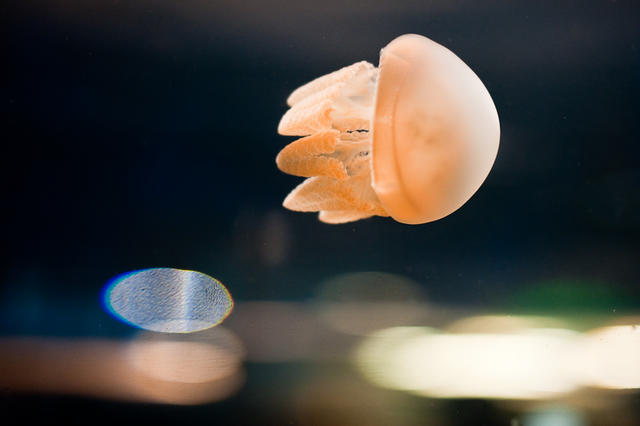 By mike2 February 2009No Comments

I love how so much undersea life looks like it could be from another planet entirely. With air-breathing animals, there tends to be a basic similar logic to their physiologies and biologies. You look at any two dogs and know that they belong to the same family. Hell, you can look at a dog and a horse and know they’re both mammals. They share enough in common that, despite their differences, you could look at them and say “Yeah, I can see how they’d be related.”

But once you get under the water, all bets are off. You could look at two different types of squids and not even realize they were from the same species, let alone the same planet. And the deeper you go, the crazier it gets. Eye-stalks protruding from foreheads, bioluminescence, transparent bodies, you name it. The variety and sheer craziness of their biologies puts even the creepiest insects to shame.

Maybe it’s because we never really see them. They literally are alien life forms to us and as such tend to creep us out. Perhaps a merman would be just as freaked out by a cow as we are by anglerfish.

Somehow, though, I kinda doubt it.