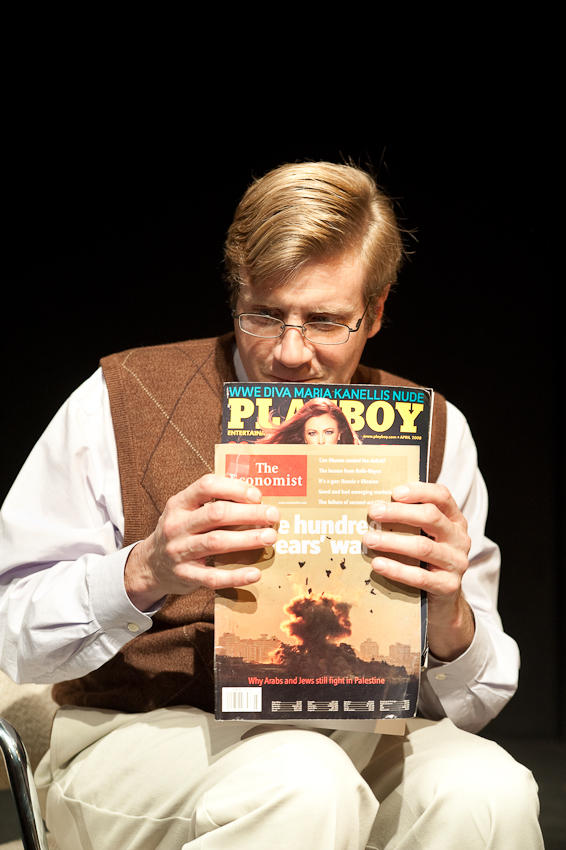 By mike8 March 2009No Comments

Another photo from my production shots of this year’s BOA festival.

This one, from a piece by the same name, I actually shot during a quick pick-up session. After two weeks of trying (unsuccessfully) to find a date that both I and the actors were available to do a pick-up, I finally suggested we shoot it during the intermission of today’s show, the last one of the run.

We managed to get the theatre cleared out during intermission so that we could do the shoot without “lifting the veil” and breaking the illusion for the audience.

The shoot went well, but it was a definitely a gun-and-run situation. After spiking the stage, we had maybe five to ten minutes to shoot five different sides (scenes) from the piece. It was one of the quickest shoots I’ve done. We literally spent maybe thirty seconds to a minute on each side, quickly running through them because the audience would have to be let in shortly.

I didn’t get all the shots I would’ve liked, which was to be expected, but it otherwise went pretty well. I much prefer taking my time with shoots, though.