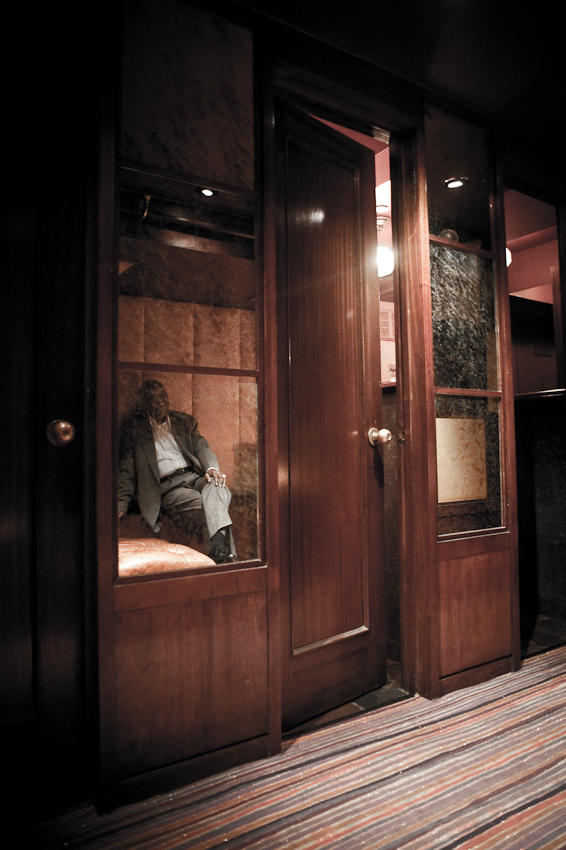 Back from my 5-week sojourn to Boston, New York, DC, and beyond. Still settling back into things. After five weeks of being away I need some time to re-acclimate myself.

While in New York I shot a launch party for the fashion line of my cousin’s girlfriend. It was your basic New York Who’s Who affair: posh new club that wasn’t even open to the public yet, rail-thin models, hipsters, VIPs, wannabes, and everything in-between. I met a handful of people that night but by far the most interesting one was Joe, the washroom attendant.

Joe talked like Sammy Davis Jr and spoke of love and respect like they were old friends. He’d beaten the sauce decades prior and remained dry ever since. And even though his job may have been a fairly unglamorous one, that didn’t stop him from keeping one of the best-maintained washroom lounges I’d ever seen. Cigarettes, gum, colognes, perfumes, candy .. whatever you needed, he had. With everything in perfect order and not a brush hair out of place. They say that when you take pride in what you do, it shows. And it certainly did in this case.

It can’t be an easy job, sitting in a bathroom lounge, cleaning up after and tending to people who blow more money in one night of drinking than you make in a week or even a month. And yet Joe did it with a smile and a genuinely happy, peaceful attitude. I only hope I can be that cool one day.