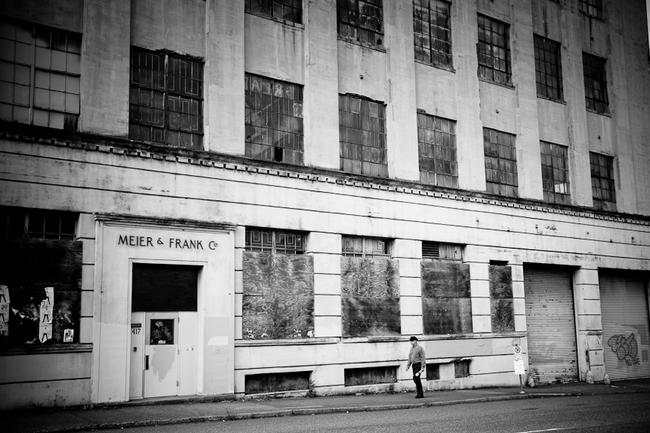 Taken in downtown Portland. The building was boarded up and I toyed with the idea of slipping in to take some more shots but when I got to the door I noticed a buzzer and for some reason got the impression that the building was still in use (despite looking abandoned).

A little Googling later and I found out that it was a chain of department stores almost as old as Portland itself. It started out as just a tiny little general store in 1857 (barely six years after Portland itself incorporated) and lasted almost a hundred and fifty years before finally getting bought out and turned into a Macy’s. For a city like Portland, that celebrates local business and history, I can only imagine that this must’ve been a depressing turn of events.