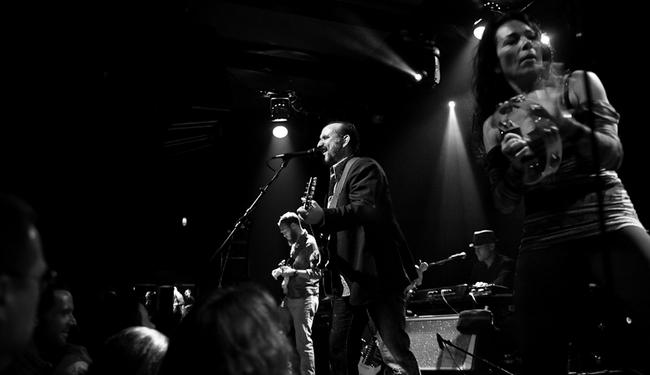 By mike2 August 2009No Comments

I finally got to see Colin Hay play tonight, at The Independent. Right before which, I had some of the best barbecue I’ve had in a long time at Da’Pitt. Unbelievable stuff.

The show was amazing. Opened with Bhi Bhiman, a Sri Lankan-American singer/songwriter who sang a lot of blues stuff about the White Man’s Burden and (I think?) beating his wife. Seriously.

Hay was phenomenal. Show went on for close to two hours, and the energy was palpable. The audience was pretty much apeshit the entire duration of the concert. It was awesome.

I move out of my apartment tomorrow. It’s mostly packed up. What’s still floating around can be easily wrangled and tossed into a box. I don’t know if it’s fully sunk in yet. I lived here for three-and-a-half years. That’s the longest I’ve lived in any place since moving out of the house. When I first moved in, I was so defeated by the move that I swore I wouldn’t move out until it was time to settle down and get married. Nothing else was worth the trouble.

Guess New York is. Or at least I hope it will be. It’d better be. I had gotten my apartment just the way I like it when I decided to move to New York. All that was missing was the desk I was in the process of building, and my apartment would’ve been complete. But not anymore.

You better be awesome, New York City. If you let me down I’ll be so sore.