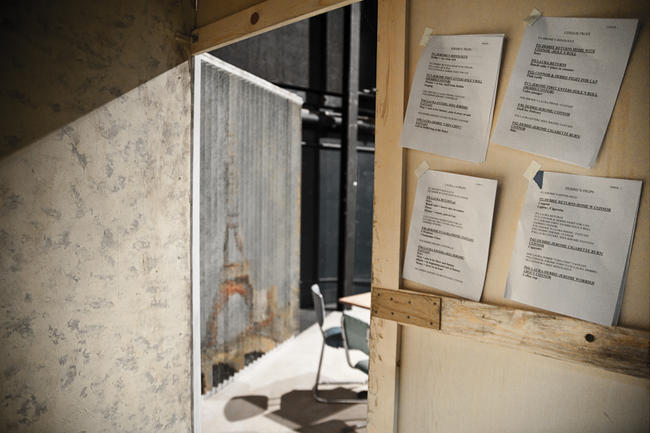 A few weeks ago, a friend asked me to take some set photos for him. He had stage managed the production and wanted some shots of the sets for his portfolio.

Working on and editing the photos quickly reminded me how much I miss theater. It’s been years since my last production and I haven’t written anything in just as long. I’ve had one of my old scripts produced within the last year, but other than that I haven’t had anything major really happen.

I’m hoping that my move to New York will help get the creative juices flowing again, if for no other reason than the inspiration brought on by being so close to Broadway. I really need to get over my inability to work unless under pressure. Pretty much everything I’ve written in the past was done for a very specific production. Someone came up to me, asked me for a script, and a month later they had one. And while it’s a good enough system when it works, the issue is that it doesn’t. Or, at least, I don’t.

I need to dig around and find that fire again. I have so many unfinished scripts (a few even within pages of being done). I need to focus and make them my priorities until I have more final scripts in the bag. How can I be a playwright if no plays have I wrought?