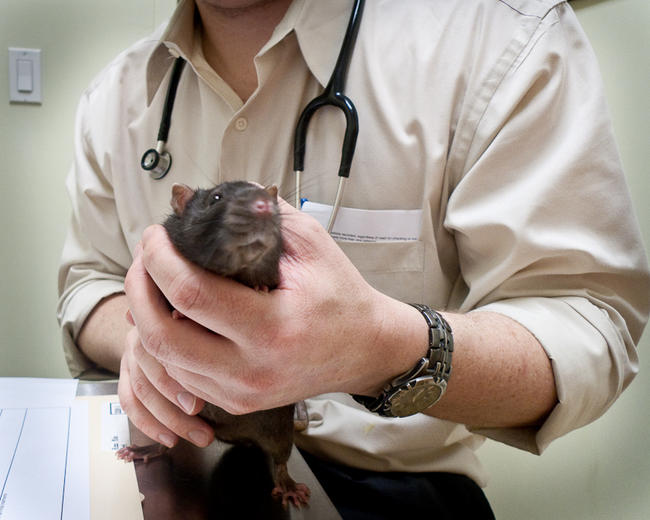 Over the weekend I noticed an odd growth on JD’s underside, so I took him and Turk to the vet this morning to get it checked out. Four hundred bucks later, the [supposedly benign] tumor was successfully removed. It’s a funny, the lengths to which we’ll go (and pay) for the animals we designate as “ours.”

They’re spending the night at the vet’s recovering, though I’m not too sure how happy they are about that. This was their first trip to a vet in the year that I’ve owned them, and I don’t think they much appreciated having some strange man poke and prod them. The good news is that, benign tumors aside, they’re very healthy rats. Hopefully that means they’ll live a little longer than their 2-3 year life expectancy. You can’t help but sometimes feel a little silly for dropping so much money on something that is outlived by internet memes (the lolcat phenomenon is over four years old).

Still, I’m glad they’re okay and that they’ll be with me a little bit longer, especially since I went through all the trouble of building them a new home and everything. A home that I feel I’ll need to shower with gifts and goodies to make up for the trauma of a vet visit.