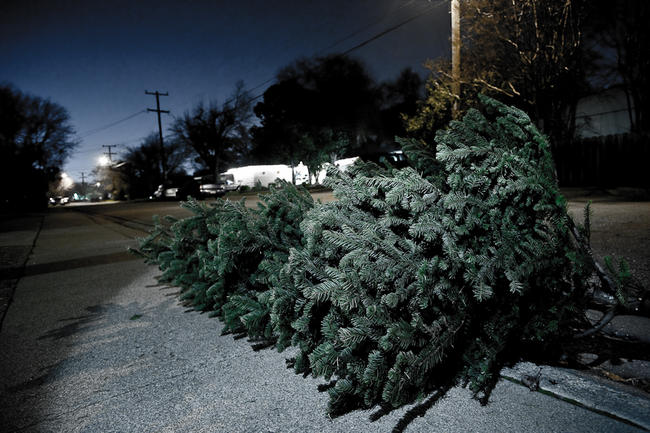 By mike4 January 2010No Comments

I’ve heard that Christmas was originally a Christian co-opting of older winter festivals, many of which celebrated the cycle of death and rebirth as the seasons passed from Winter into Spring.

Fitting, then, to cast your tree to the curb during the first week of the new year. Fitting, though no less sad. Especially this year, as the tree was purchased rather late in the game. Somewhere around December 20th or 21st, if I’m not mistaken.

The poor fella barely stuck around more than two weeks.

Still, much as it saddens us to see another tree go to The Great Beyond, this has never been a “plastic tree” household. I’ve been trying to convince my mom to replace the rotting cherry tree on the front lawn with an evergreen. Then she could just dress it every Christmas and not have to slaughter an innocent tree.

Please, won’t someone think about the saplings.