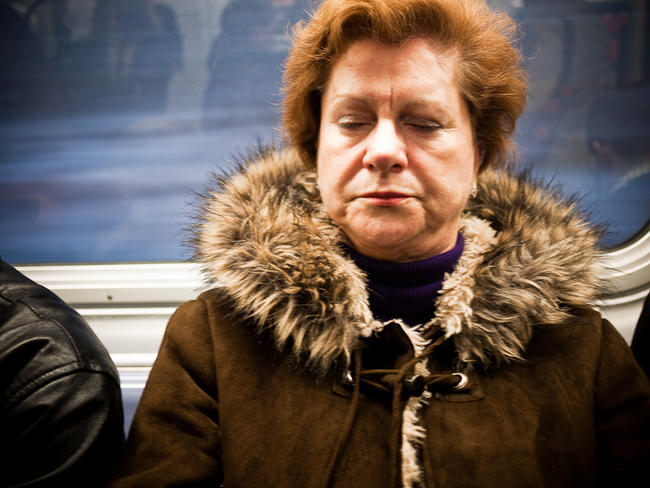 I’ve been playing with shooting from the hip again lately. It’s a bit of an art, because not only do you have to properly frame and compose the shot, but you have to keep the camera still, which is tougher than you’d think because you also have to shoot clandestinely. Well, maybe not “have to,” but it’s part of the fun of shooting from the hip–capturing people when they don’t realize they’re being captured.

I suppose it’s cheating a little that I use the electronic viewfinder on my GF1 (which can angle up at 90º) to help compose the shot, but it’s so hard to see anything in the screen unless your eye is pressed up against it that it’s not that much of a help. And the GF1 isn’t without its drawbacks, too. Since it uses lenses with aperture blades, it makes a distinct click! when taking a shot. My old LX3, while not as good as the GF1, was at least silent. In the end, it’s a bit of a trade-off. Though it does help if you’re shooting on a loud subway train, as I was earlier.