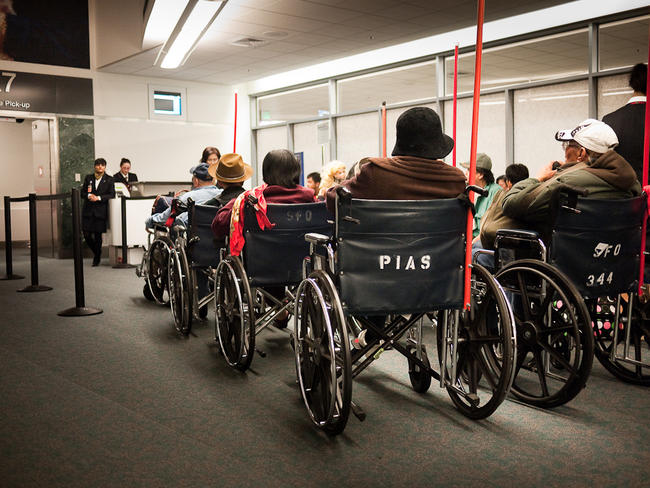 A little over an hour or so until we reach NAIA; part of me still hasn’t fully grasped that I’m on my way home. I know it, of course, the same way you know that the childhood home you revisit isn’t going to be a hundred feet tall. But you don’t really know it until you actually see it and your brain finally puts it all together.

The last time I went home, I did it for a girl (and the time before that, now that I think of it). This time I’m doing it for me. I don’t have much of an image of Manila in my head anymore, just fragments of memories; faded photographs in the back of my mind. Ten years is a long time, especially for Manila. The entire topography has changed, in ways hard to grasp for people that have never lived there. Most folks return home after ten years, and they’ll maybe find that the Dairy Queen where they got their first kiss is now a gas station or a mini-mall. You return to Manila after ten years, you find that not only is the Dairy Queen gone, but the entire quiet neighborhood that surrounded it has become a bustling metropolis of glass and steel.

I’m excited, of course. Changed or not, it’s still home. It’s still the place that I grew up in, that had a large part in shaping who I was to become, no matter how long it’s been since I’ve been back–or how long it’ll be before I next return.

But it’s an excitement tempered with some trepidation. Like seeing your high school sweetheart again after a decade of not seeing each other. Will she still look the same, even a little? And if she doesn’t, will she still at least be the same person? Or will I look at her and find nothing familiar, finding not an old friend but a stranger? She, who I used to know so well, so intimately, so deeply.

Though not all change is necessarily bad. I’ve come a long way as a photographer since 2000, and I’m eager to spend as much of the trip as I can taking pictures. And as humbling as it is to return to one’s home as a tourist, the flip side is that I’ll see it through a tourist’s eyes; everything will be exciting and noteworthy. If I get nothing else out of this trip, at least I’ll be walking away with hundreds (if not thousands) of photos.

Forty-five minutes to touchdown; I should probably pack up and ready for final approach. It’s gonna be a crazy month–one I’ve had the strangest feeling lately will be a pivotal one in my life. Perhaps I’m putting more weight on this trip than is due, but perhaps not. Only time will tell. But whatever happens, at least it’ll be thoroughly documented.