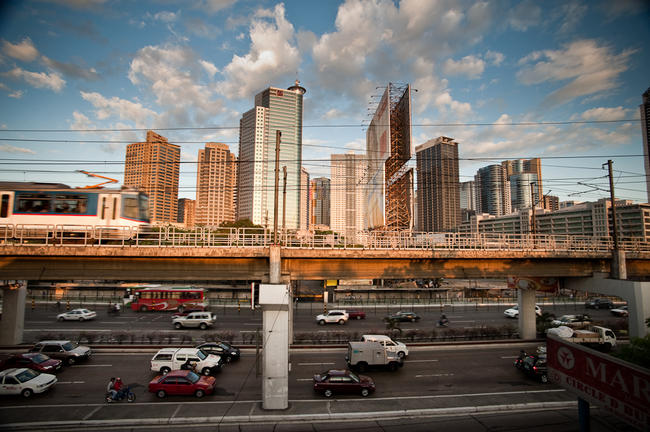 By mike5 April 2010No Comments

Day One of my trip is officially over, and I think I’m no less thrown for a loop for it. Partly because, as expected, the landscape has changed so dramatically in the last decade, but more because I have. I’ve been gone so long, I’ve forgotten all about what it’s like to live here. Things like the all-but-overt social caste system between the Haves and the Have Nots; a service industry so polite they practically genuflect as you pass; the utterly ridiculous culture of mini-malls and shopping centers. I’ve gotten so used to life in the States, I feel like just another American tourist. Almost as though the childhood I remember happened somewhere else entirely. In a way, I suppose it did.

One thing that really struck me–in ways I could never have anticipated–was realizing just how much I missed Manila. When I moved to the States in 2000, I did it after 9 months of trying to strike it out on my own here in Manila and realizing it’s nigh impossible without some sort of safety net (read: family) beneath you (mine had all moved to the States by then). After realizing there was no way I could stay here completely on my own, I moved to the States myself, knowing I had done what I could. That chapter was closed.

Over the succeeding ten years, I missed home here and then, but always in the abstract. I missed the memories of Manila; the idea of it. At least, so I’d thought. But being back here now makes me realize I missed it so much more deeply than I had been aware. I’m not going to quit my job and go moving back here just yet, but there’s an odd comfort in knowing you miss something. It makes you realize just how big a part of you that thing really is.

One short, jetlag-ridden day in, and I already have 167 photos (of which I like maybe 58). They’re not all award winners–in fact, most might only be interesting only to me–but I cherish them all the same. Once I get back to New York, they’ll keep the blood pumping through my veins until the next trip.