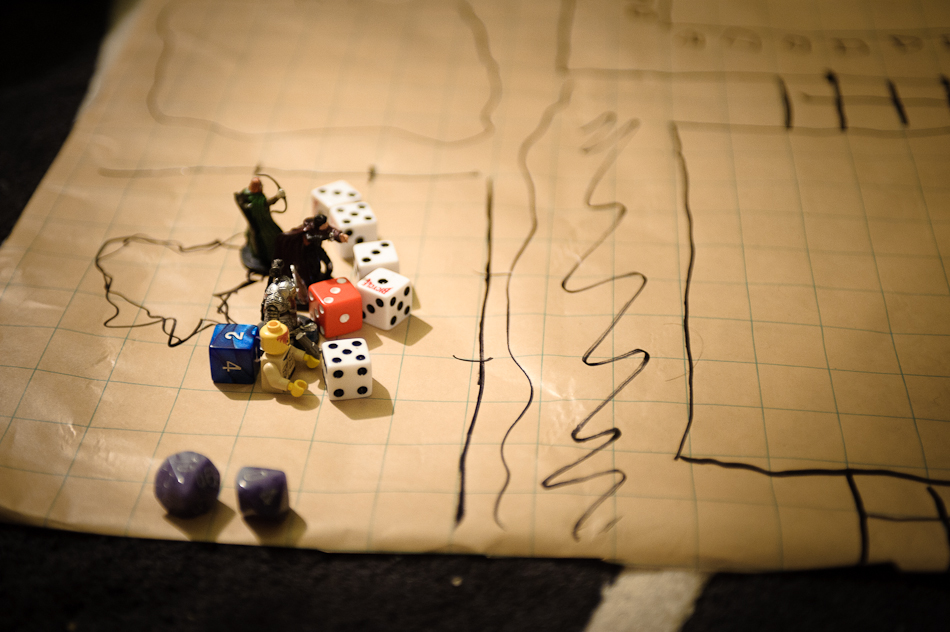 the luck of the dice

Growing up on a tiny island in the middle of the Philippines meant that, for the most part, we were fairly behind on the States when it came to new fads, TV shows, fashion, or other pop culture. While normally an annoyance, it worked in my favor when, in 1985, my best friend came over with this game his dad had brought back from Japan, Dungeons & Dragons.

The box was cardboard. Red. On the front was a scene like none I’d ever witnessed (the Philippines didn’t have 70s panel vans, so my exposure to dragons was limited): a warrior, sword drawn, attacking a ferocious red dragon. I can still see the blood-red scales on the dragon, shining in the torchlight. The dragon’s maws open wide as the warrior—clad in barely any armor—charged the beast. It was like nothing I’d seen before. In a lot of ways, this was my first taste of heavy metal and it affected me accordingly.

As he lifted the cover off the box, I was greeted with books and sheets of paper and maps and dice. Oh, the dice. Shapes I had never seen before (remember, I was ten). They were made of cheap plastic that would damage if you ground it on pavement, but to us they were like the crown jewels. And my best friend lorded them accordingly. He owned the only set I knew (hell, probably the only set on the entire island) and he tormented me with them. I could only role them while playing, he said. Or if I asked nicely. Maybe. 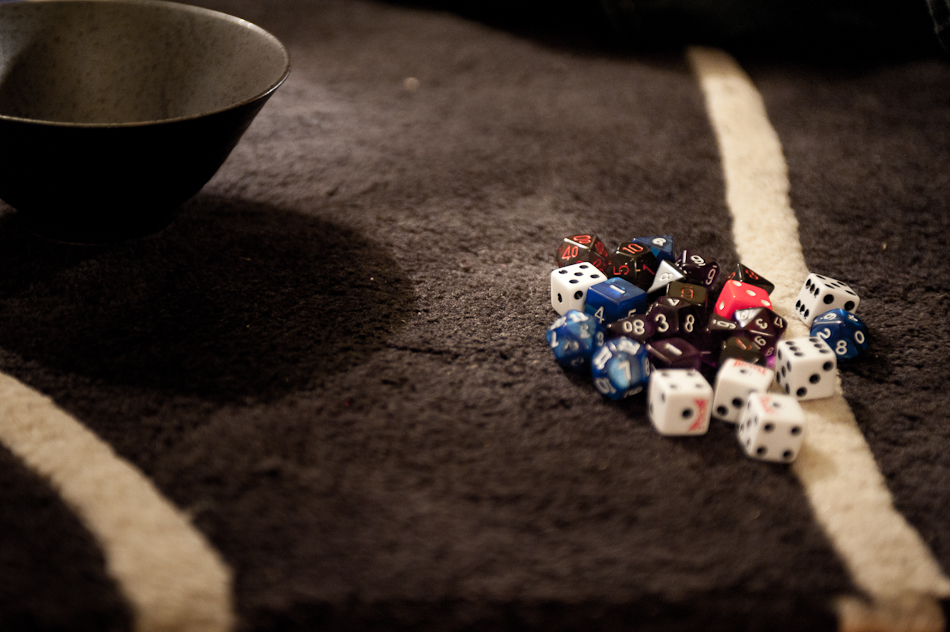 Unsurprisingly, Dungeons & Dragons quickly became my life, and my best friend and I spent countless hours in our bedrooms, fast food joints, the school halls, the school library—anywhere with a flat surface and quiet, really—raiding dungeons and vanquishing evil. I would spend my nights drafting maps to imaginary dungeons laden with wond’rous treasures and fearsome monsters. One of the very first “things I want to be when I grow up” was an architect, simply because I enjoyed drawing maps so much.

We spent almost every free moment in school immersed our worlds, and as roleplaying games started to gain popularity both in our school and in pop culture, more and more of our friends and classmates started playing as well. What was interesting was that while the Dungeons & Dragons‘s fame reached Cebu’s shores, its notoriety didn’t. We had no Religious Right, claiming that it inspired devil worship and human sacrifice. We had no jock bullies, tormenting us for enjoying a game that rewarded imagination and creativity over speed and strength. Instead we just had an amazing game we could play in the halls and classrooms without fear of reprisal. 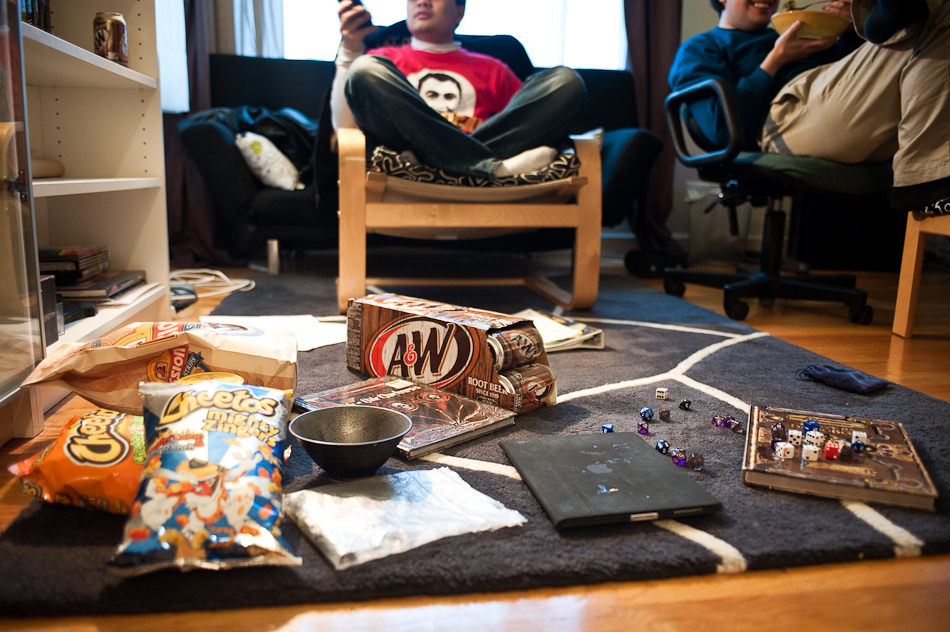 While back in San Francisco this past trip, I joked to a friend that we should play some D&D. As much as it had dominated my childhood, I hadn’t played it in over ten years and it’d be a lark to roll the dice again. Sure enough, a week later there are five of us holed up in the bedroom of a friend of his, rolling up characters. Though I played a lot (a lot) of different roleplaying games throughout grade school and high school, Dungeons & Dragons was my first. So when it came time to decide which system to play, the choice was fairly obvious.

The game has changed fairly dramatically in the twenty-five years since I first discovered it. The game I knew at age ten is to the game we played the other week as Space Invaders is to Halo. Yet while the game has changed, the playing is still the same. It’s still fraught with peril and consternation, yet ripe with laughter and ball-busting. It’s still a lot of cursing of dice one moment and then praising of them the next. It’s still just a bunch of kids getting together and playing make-believe. 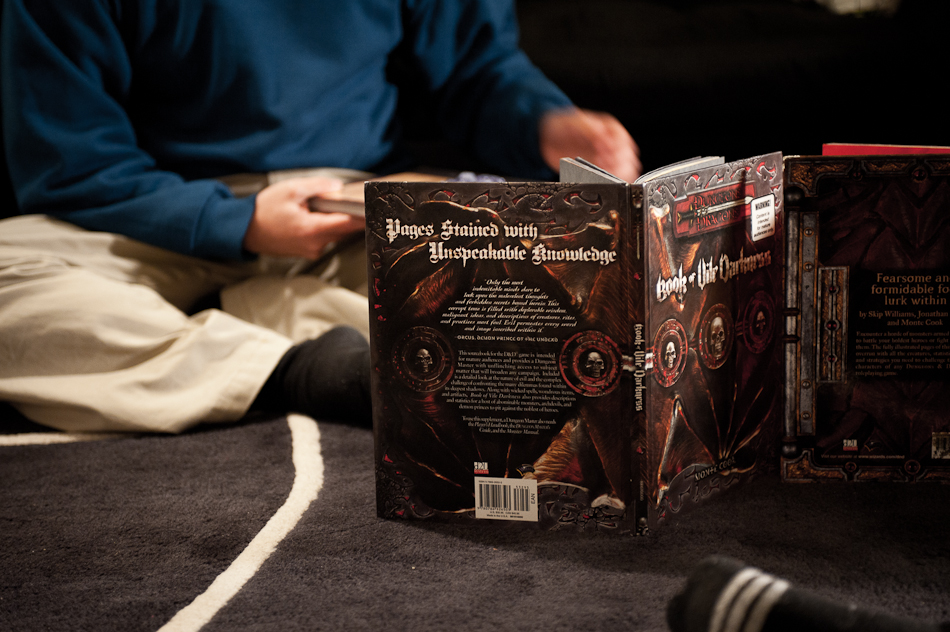 There isn’t a doubt in my mind that roleplaying games had a large part in making me the person I am today, for better or worse. They helped cultivate in me the imagination and storytelling that makes me a halfway-decent writer. They fostered the creativity and lateral thinking that pay out in so many ways on a daily basis. They gave me stories, and memories, and friendships I never would’ve had otherwise.

I can’t help but wonder how it might have turn out if I had grown up here in the States, likely ostracized and teased for the games I chose to play. Would I have kept it a dirty secret, my Monster Manual ensconced under my mattress, between issues of Penthouse? Would I have eventually given them up in a desperate bid to fit in? Would I have grown up ashamed of my indulgence instead of proud of it (“Fuck yeah, I played D&D. Why didn’t you?”)?

I really can’t say. But I can say that I’m glad things turned out the way they did because I can’t imagine growing up without it. 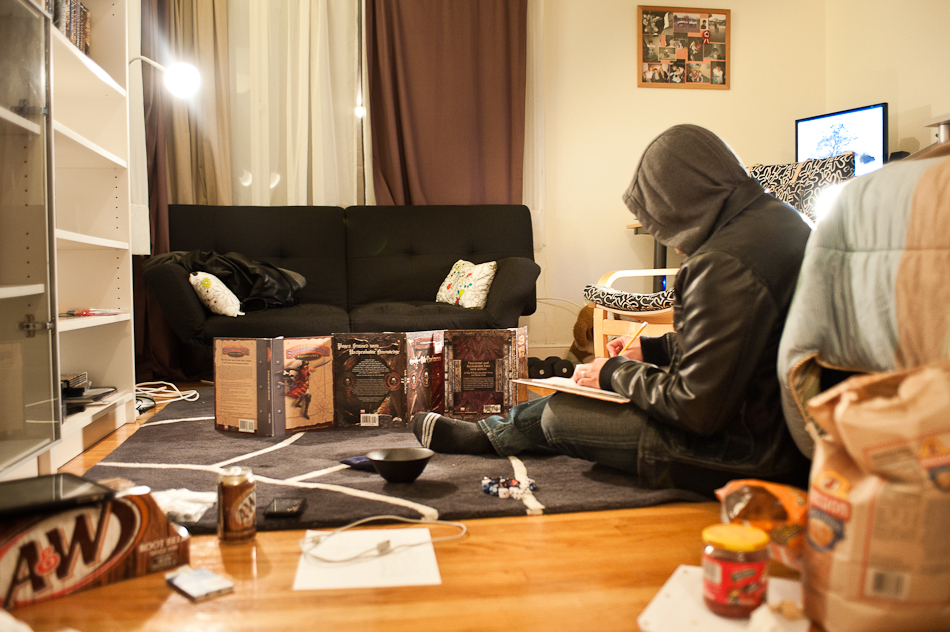