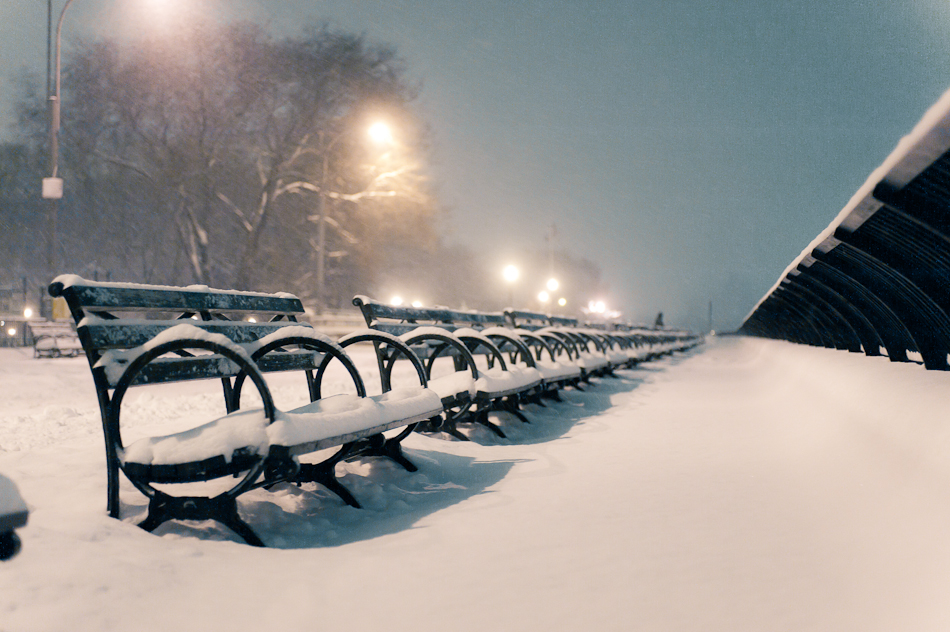 In my last entry, one of the photos I posted was of the benches along the East River.  I loved the shot, but one thing bugged me—the wire fencing to the right of the image.  It broke the whole “pattern of repeating elements” aspect to the photo.  If I had just moved up two benches, I’d have had no distractions from the seemingly-infinite line of benches and railing.  Problem was, I didn’t notice it until long after I’d processed and uploaded the photo; there was nothing I could do about it.  I determined to go out and re-shoot the scene after the next decent snowfall.  To get it right.

I got my chance last night, with the biggest snowfall since last month’s blizzard.  The snow didn’t start falling until late in the evening, so rather than stay up I woke up at five a.m. this morning and went out shooting.

This is how it went: 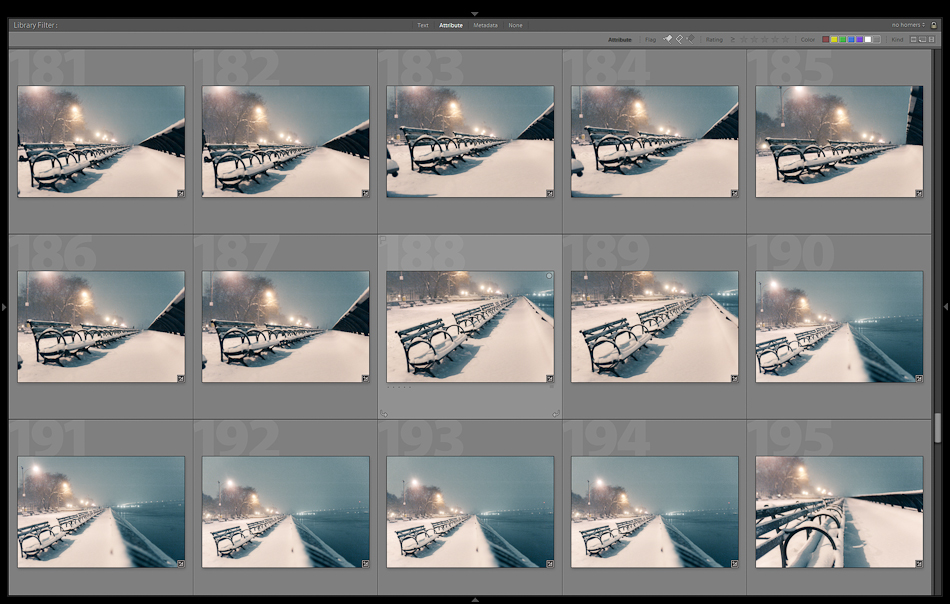 As is obvious both from the contact prints and the photo at the top of the page, I didn’t get the shot. I fell victim to the same folly that befalls people who think they can drive to Yosemite, grab their camera, get out of their car, and perfectly recreate Ansel Adams’ iconic photographys: I forgot about the million little invisibles that make a shot what it is. My original photo wasn’t just a picture of some benches and a rail. It was a picture of the fog, and the amount of snow on the ground and in the air, and the quality of light, and the time of day, and the angle of the camera, and the shutter speed, and the steadiness of my hand, and the condition of the trees, and the location of the moon, and a million other things.  In the end, the lesson was clear: get it right the first time, because you don’t always get do-overs.

While I didn’t get the shot, though, I did get a few others: 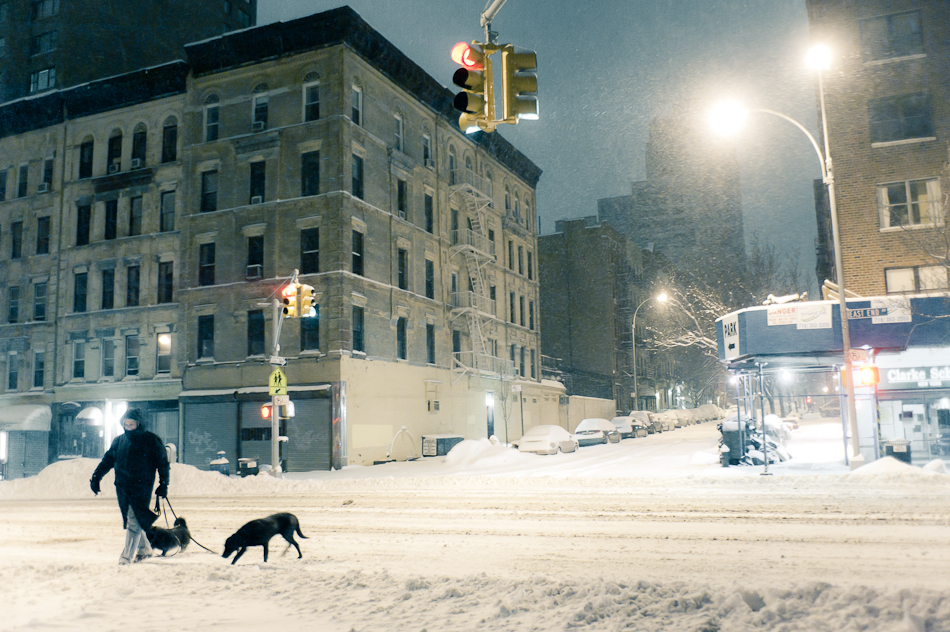 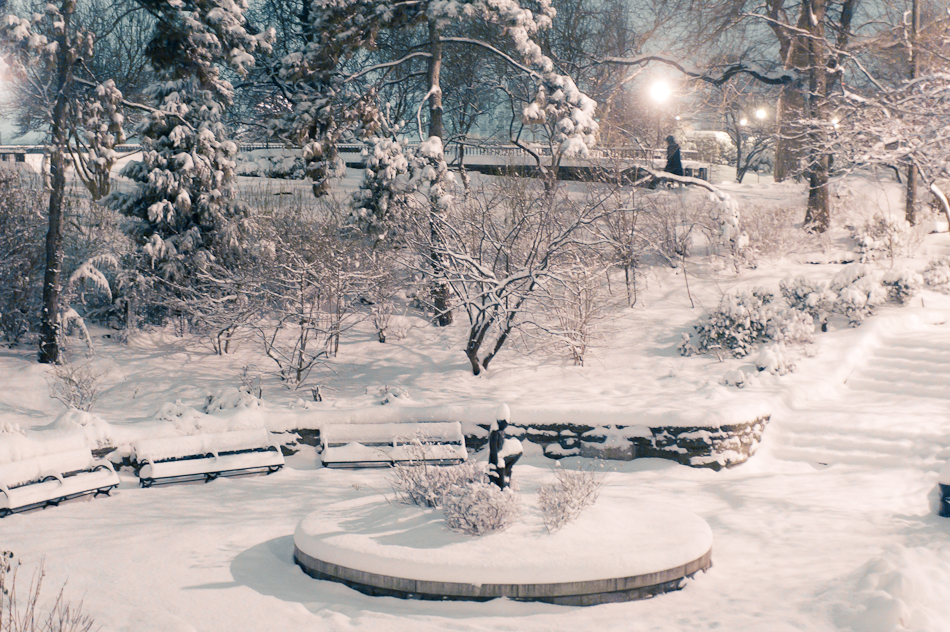 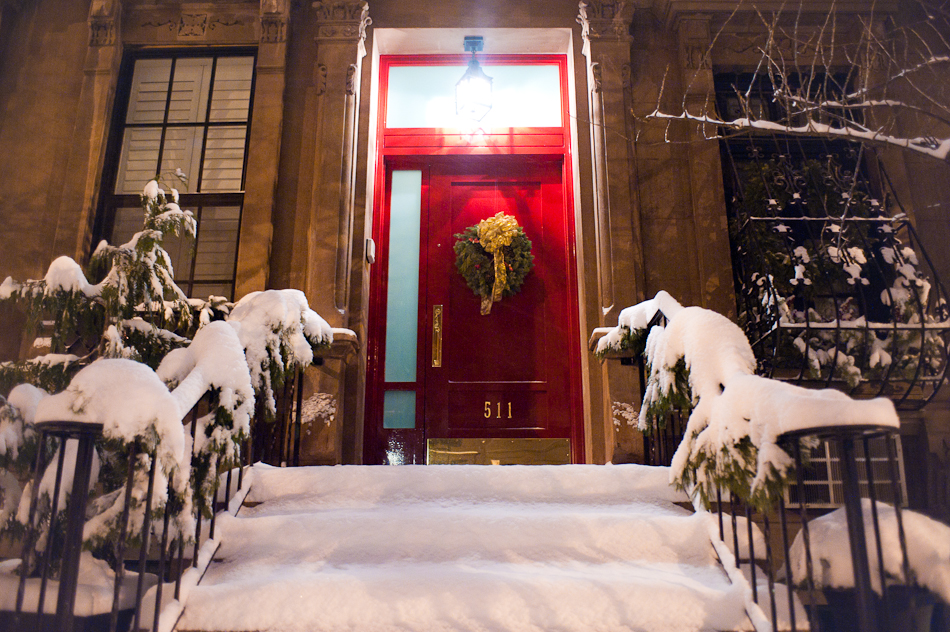 One thing I noticed was that it seemed I wasn’t the only out trying to rewrite the past. While I was out, so was an apparent battalion of snowplows, determined to make up for their atrocious performance after the blizzard. At one point I actually saw four of them drive down the already-plowed East End Ave in single file, as though marching off to a battle they had already won. Back on York I spied two more of them, even though their services were clearly no longer necessary. 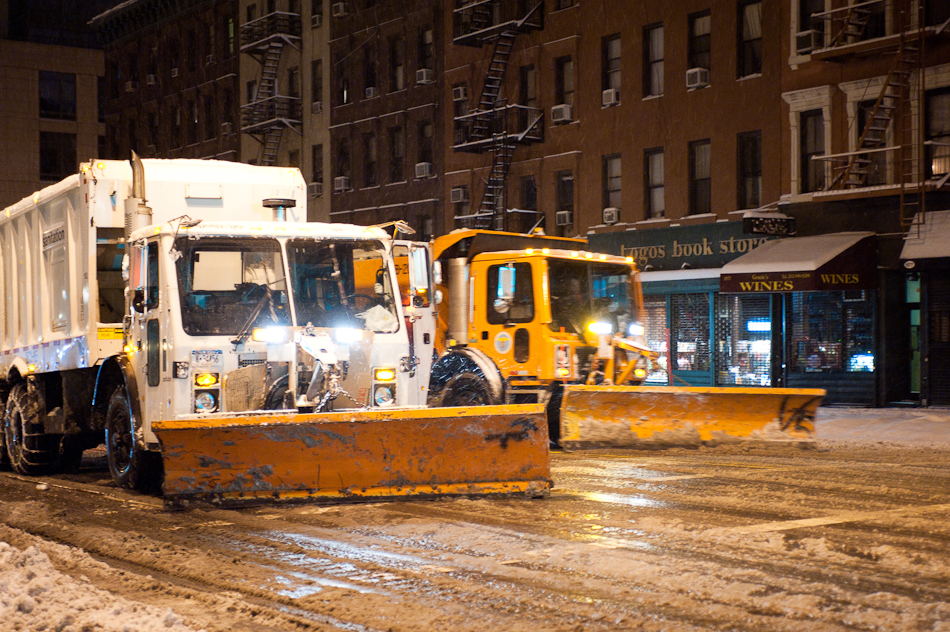 Generals, as they say, fight the last war and this was no exception. No matter how hard you try, you can’t always make up for the failures of the past. Though I’d be the last person to criticize someone for trying.