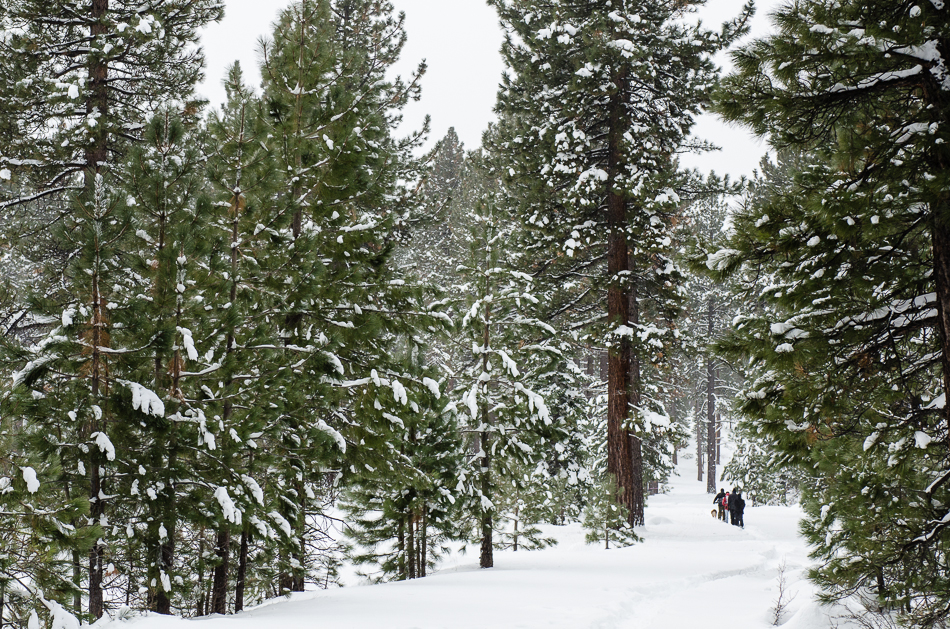 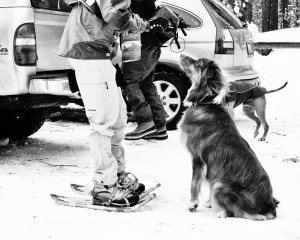 This New Year’s, as I sifted through my Facebook feed, I couldn’t help but notice an almost direct proportionality between peoples’ excitement for the new year and their derision for the last one. The more exuberantly a friend would welcome 2013 with resolutions and affirmations, the more venomously they’d talk about how terrible 2012 was and how glad they are that it’s over. It makes sense, of course. The more expectation you heap on something, the more likely it is to disappoint when it fails to deliver. And the more something disappoints you, the more likely you are to hope the next thing treats you better. It’s The Circle of Strife.

The converse, of course, also holds true: the less you expect of something, the less likely it is to disappoint you. Which is why 2012 was my best year in recent history.

Too often I’d found that when I set down a path, be it literal or metaphoric, I did so with a very specific course plotted out. A deliberate series of  “this then that then the other thing”s. And, unsurprisingly, when I inevitably failed to do one of the thises, the that and the other thing that relied on it also went out the window. 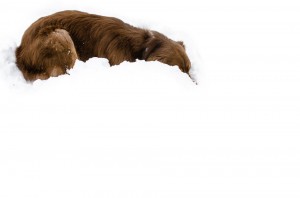 So last January, when I decided to take another stab at losing the weight I’d been carrying since college, I went in without any goals or expectations. I set off into the woods without a map, just a general direction. And sure enough, without a route to have to stick to, I never felt lost when I wandered, and I never felt I was wasting time by taking side-trips. Consequently, I never wound up discouraged or wanted to give up. I may have meandered a bit more than I would have with a map, but better to stick to a non-existent plan than to abandon a solid one.

This past Christmas, I realized that I shared my new-found philosophy with someone else, my sister’s Australian Shepherd, Ben. On a snowshoeing excursion while spending a week in Tahoe, we took the him and his ‘brother’ Rudy with us to get them out of the cabin and 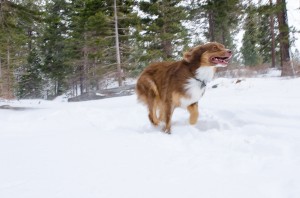 give them some fresh air. As we humped along the trail that would lead us to Fallen Leaf Lake, Ben leaped and bounded alongside us, gleeful. He didn’t know where he was going, and he didn’t care a lick. He was just happy to be out, to be playing in the snow, rolling around and digging and playing and galumphing. The humans, meanwhile, trod along like a semi-frozen Bataan Death March, wondering only how much further it was, and why the hell was it so cold?

Ask a human if they want to go somewhere and you’ll find yourself met with a number of questions. Where are we going? How are we getting there? How long will it take? Will I be back in time for Two and a Half Men? Ask a dog the same, and the only question you’ll find yourself faced with is Why haven’t we left yet?

When a dog bolts out of a front door, he’s not worried about where he’s going or what his contingencies are. The extent of his planning is “I’m going that way.” Everything else is to be dealt with later. And while that may leave them a little unprepared for the nasty surprises that happen by, it also leaves them unprepared for the awesome ones, too. 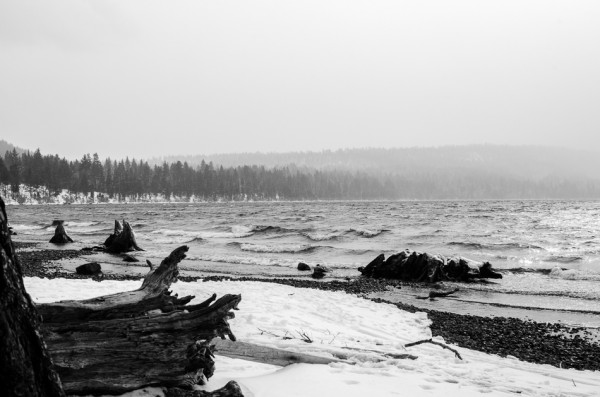 They may be onto something.