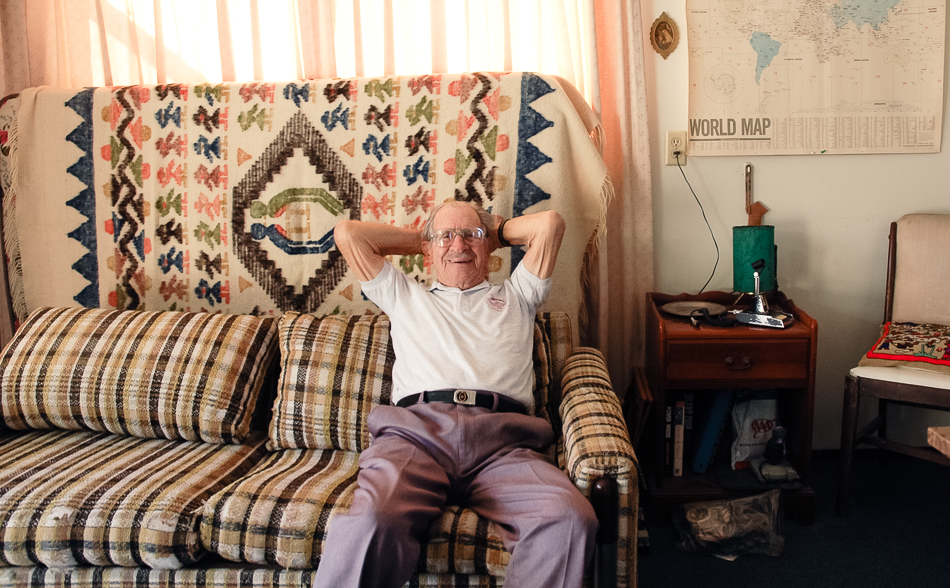 There were two rooms in my grandparents’ house–a wonderful Central Florida bungalow that looked like 1970 trapped in amber–that always held a special place in my heart.

The first was his workshop, a corner of their perpetually-sealed garage. Grandpa had always been a tinkerer (his house was the first on its block in 1947 to get a TV, not because they could afford one, but because he built it) and between that and a nigh-pathological Do-It-Yourself work ethic (gee, I wonder where I get it from), his workshop had over the years evolved into a Frankenstein’s lab of sorts. Shelves lined with jars filled with nuts and bolts and screws and metal bits of all sorts flanked the small corner table. A vast, innumerable legion of tools of all sorts hung from every available peg or nook, just within arm’s reach. Spools of wires, drawers of hardware, and boxes of spare parts and broken devices kept the workshop stocked for any possible repair. It was part Batcave, part batshit.

It was a holy place, as well. I don’t remember if I even dared touch any of his tools when I was younger, but I can’t imagine I had. Even as an adult, the handful of times I used his tools and space for some minor purpose or another, I always felt like I was standing in another man’s shoes. Even long after he’d passed, it was still Grandpa’s Workshop. Yet at the same time, for all its importance the workshop was still just a workshop, the kind of place where grandpa would really only go if needed to resurrect some dead appliance or other but rarely else. The workshop didn’t take up much of his time.

That honor belonged to his radio room. 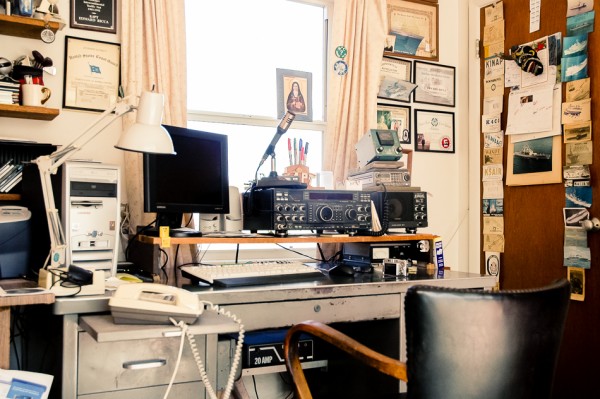 A detached room with its own full bath, it had originally been intended as a guest room-slash-pool house. I have no doubt, however, that as soon as he and my grandmother moved in, Grandpa–a dedicated ham radio enthusiast for years–had claimed it as his radio room. To his credit, he did put in a convertible couch (most likely an act of compromise) so the room could function as guest quarters when people came to visit. 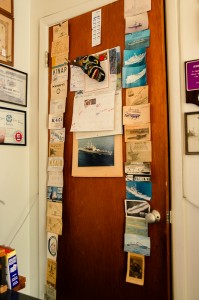 In 1982, the world was a much wider and mysterious place than it is today. Air travel and long-distance calls were prohibitively expensive, and the world seemed larger and further-flung because of it. People often still saw Asia and Africa as inscrutable and undiscovered, and the Cold War made parts of even nearby Europe seem alien and intimidating. And if the world were so vast and unknowable to adults, it was doubly-so for seven-year-olds. Grandpa’s radio room was a window into that world. The walls of the room were papered with call sign cards from friends all across the planet. Photos of or with dozens on dozens of ham radio friends filled drawers and photo albums. Souvenirs and mementos, sent from places far and wide, decorated the room.

And at the center of it all, atop a large, grey metal desk, sat his radio. A collection of small grey boxes of wires and tubes and transistors with the ability to connect two people across the globe as easily as across the street, it wasn’t just used as proto-Facebook. It was a lifeline both figurative and literal. When Nicaragua was crippled by an earthquake in 1972, grandpa was one of the ham radio operators that helped coordinate aid and support to victims after phone lines went dead. It was as much a humanitarian aid tool as it was a fancy walkie-talkie. 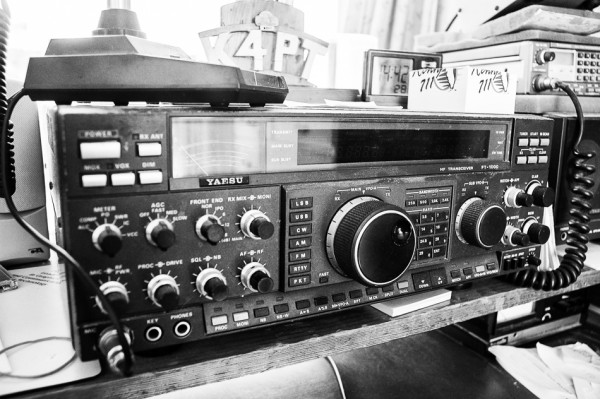 I never touched it, of course. I was petrified, convinced that flipping the wrong switch would cause the whole thing to explode. Instead I just sat and watched grandpa as he gabbed away into his microphone happily, chatting with some a priest in Ghana or a housewife in Des Moines, a Marlboro slowly burning in an ash tray.

I still smelled those cigarettes, long after he’d quit smoking in the mid-90s. Years of smoke had fused with the upholstery and the curtains and the carpet and the room always smelled like someone had just been smoking. Even after the house was emptied, renovated, and repainted to get it ready to sell, I still caught a faint whiff of Marlboro as I stood in the middle of the now-empty pool house. And when I closed my eyes, I was seven again, standing in my pajamas, feeling the coarse carpet under my feet, looking up at grandpa as he spun dials and pushed buttons and called up old friends he’d never met, half-a-world away. 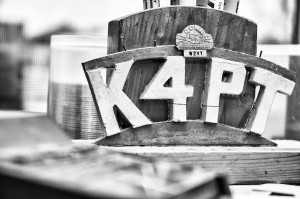