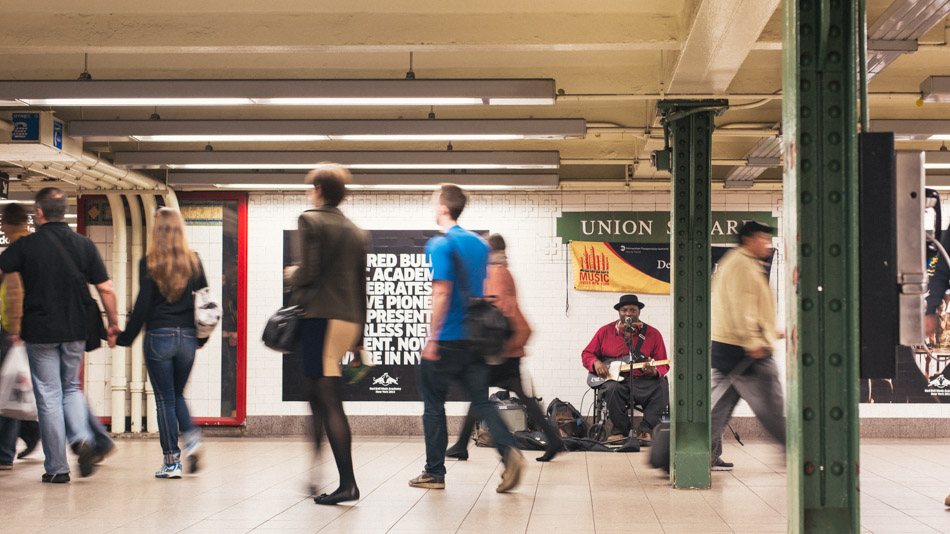 I had originally intended this entry to be about buskers; about how I’d always had a soft spot for them and always loved them as photo subjects, about how I always admired them for loving their craft so much that they would stick to it even if it meant sacrificing a lot to do it. From there I’d opine some more. At some point it would also mention my first major photo series of (surprise) buskers. chronicled in a tumblr I plan on updating daily until I run out of folks to shoot. That was the plan, at least.

But then I got laid off today and figured I’d rather talk about that.

My ego can at least take solace in the fact that it wasn’t me, it was them. For the last three-plus years I had established myself as the chief trainer and go-to answer guy for people using our system. Then they changed the system, so when they decided to prune the tree, I (and a work buddy who’d been there fourteen years) was the most obvious branch.

And boy, does it feels good to be clipped.

The few people I told today all expressed condolences and felt sorry and the like, and all the while I just felt … light. Relieved. Free. I described it to people as “getting dumped by the fiancee you didn’t wanna marry in the first place.” I never planned to be at my job as long as I was (I bet I’m the first person in history to ever say that), but by the time I had figured out where I wanted to be, I was entrenched. I could have left at any time, but at a certain financial detriment. So I stayed. And the job was good enough and the people were fun enough and things were relaxed enough that seven years passed before I realized I was still standing in the same place. I knew I had to get out, I just hadn’t anticipated it being this soon.

Of course, while it’s incredibly liberating and freeing it’s naturally also a little bit scary. My job had always been a convenient scapegoat for why I wasn’t a full-time photographer. Including the time spent getting to and from work, I spent fifty hours a week invested in my day job. How could I possibly build a photo career just on nights and weekends? And due to the aforementioned “financial detriment,” I couldn’t really afford to leave my job. So I had to bide my time a bit longer. Of course despite that, I can’t deny that part of me was relieved to be spared the test just yet. 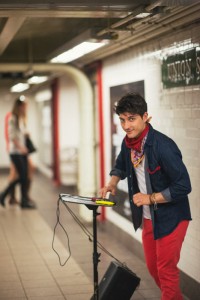 I had a game plan, of course, but one mapped out over two years. It wasn’t ready. And it wasn’t that my ship hadn’t come in so much as I could see it on the horizon and it was up to me to get to it somehow. My original plan was to spend two years fashioning a rowboat to safely take me to the ship. Instead I found myself handed Water Wings and shoved off the dock.

So now I get to see. No scapegoats, no excuses, no claiming the rowboat’s not ready yet. It’s sink-or-swim time.

Truth be told, though, I’m not too worried. That little tinge of fear I feel isn’t so much a despondent fear as it is that electric ripple you get right before your roller coaster car goes over the edge. I’m actually excited for this. To be tested. Pick me, coach. I’m ready to go in.

And yes, there’s the chance that I could fail miserably and have to retreat, tail tucked between my legs. But at least I’ll know. In his creativeLive course just last week, Joey L spoke on the topic of fear of failure. He commented (I’m paraphrasing here) “Really, what’s the worst that could happen? I have to go on welfare or get a job flipping burgers to pay for my photography. That’s it. That’s the worst that could happen.” He was speaking from the perspective of someone who’s done extensive work in impoverished countries and seen first-hand what hardship really looks like.

And he’s goddamn right. I’m young (fine, -ish), I’m healthy, I’m smart (fine, -ish), and I live in the city with more opportunities-per-square-mile than anywhere else. In the grand scheme of things I’ve already won the lottery. It’s just up to me what to do with it.

So bring it on. I could get my ass kicked, but god dammit I’m gonna go down swinging. 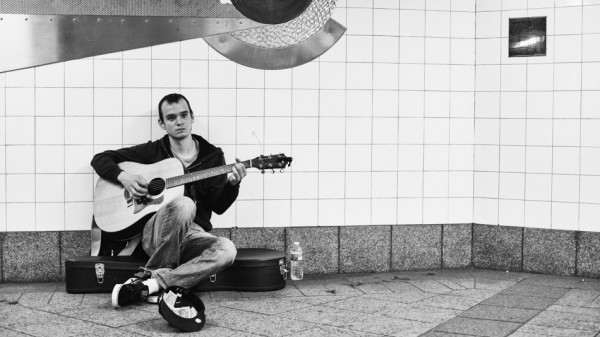