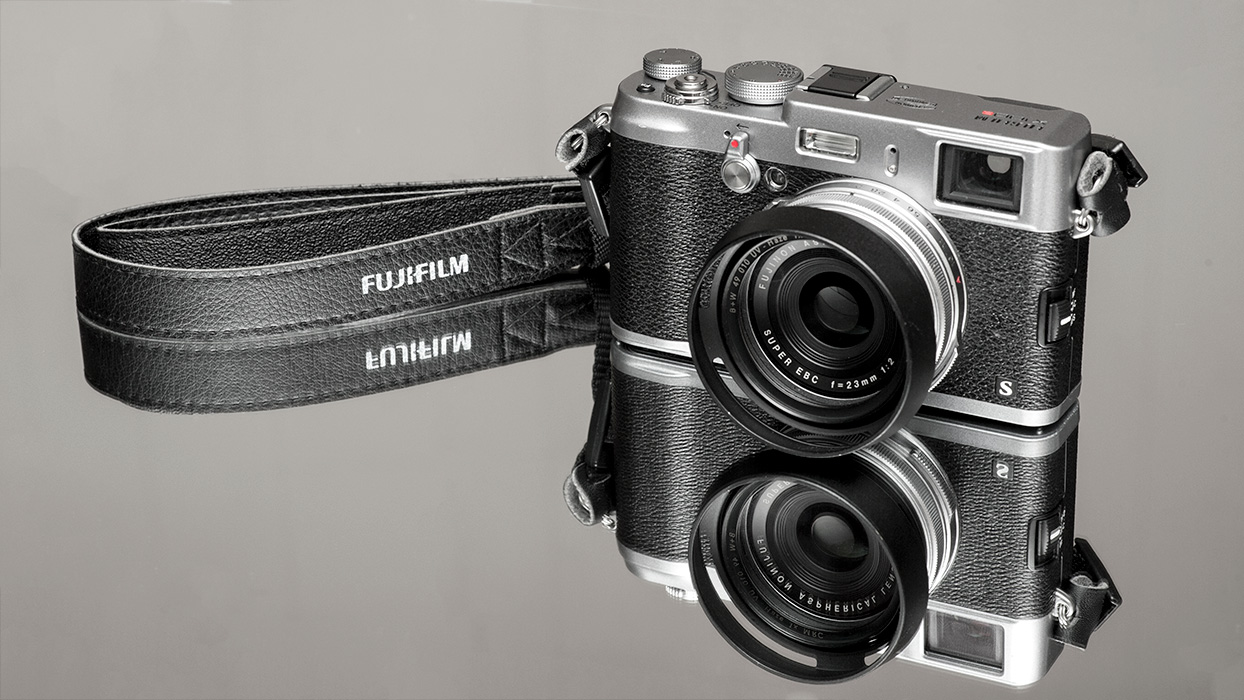 Mike here. It’s been a month now that I’ve had my X100s and I think it’s pretty obvious I love it. At the risk of hyperbole, it’s been the biggest shot in the arm to my photography since I bought my first digital SLR nine years ago, and it continues to surprise me on a near-daily basis. So thank you for that.

None of this is a surprise, of course. Half a year after it hit the market and your wunderkind is still on back-order almost everywhere. You don’t need me to tell you that you knocked this one out of the park, so I won’t bother. What I will say, though, is what you can do to to make it even better. As amazing as your camera is, you missed a few things. And, this being the internet, I’d be remiss if I didn’t use my completely unknown blog to offer my unsolicited opinions to a massive megacorporation. So here goes.

This one’s a no-brainer and I’m legitimately surprised it’s lacking from the camera. I don’t think I even need to point out the value of interval shooting, especially on such a compact powerhouse of a camera. Give us lapse photography. And don’t skimp on the counter. My Nikon d700 intervalometer only goes up to 999 shots because someone figured 3 digits was enough. Knock yourself out; give us 4 digits.

When in AF mode, the focus ring on the camera is about as useful as a black shoot-through umbrella. Meanwhile to change the AF focus point I have to press the command dial up and then either rotate or press it to move the point. Which can be tricky when the camera’s up to your eye. And here we find ourselves with yet another no-brainer. If the focus ring isn’t doing anything and my hand naturally rests there when I hold the camera anyway, why not let me turn it to cycle through AF points? This tiny little tweak would be huge for the camera’s usability.

Speaking of focus, as much as I love manually focusing the X100s (you’ve done such a good job with it that it now genuinely upsets me that my d700 can’t focus peak), there is one pet peeve that drives me batty: I can’t begin to count how many times I’ve focused the camera perfectly, gone to change the aperture, and—you guessed it—accidentally nudged the focus ring and had to start again. I would love for the option to require pressing the Fn key to manually focus with the ring so that my butter fingers wouldn’t go messing up my focus. It wouldn’t make manual focusing much more difficult (as the button is conveniently located), and if it means never having to accidentally ruin the focus I spent a minute getting just right, I’m all for it.

One of the (only) shortcomings of the X100s is that, thanks to their small size, the batteries don’t last very long under the drain of the numerous camera features. It’s so bad that you guys had to add a “Performance Mode” option (which, let’s be honest, is really just a “Conserve Juice” option run through marketing speak). Still, it’s worth it. Sacrifice a little focus and power-up speed in exchange for longer life. Not a bad trade-off. But sometimes I need that speed, and it’s a bit of a pain to have to drill through all those menus to change the setting. You already have so many items in the Fn Button Quicklist, what’s one more? Especially one as handy as a “Performance Mode” toggle?

This last item is a relatively minor issue, but an annoying one all the same. Due to how the shutter button and power switch are set up, if I have a release cable screwed in even the slightest nudge can cause it to twist and inadvertently turn the camera off. You have to hold the release cable very carefully and in a very specific way, lest you accidentally kill your shot. More than a few times I’ve ruined a long exposure because the cable twisted ever-so-slightly and switched the whole thing off. Not fun.

So there you have it, the five things that could turn this into a leaner, meaner, picture-taking machine..r. The good news is, four of five of these things could be easily fixed by a firmware update or third-party custom firmware (coughmagiclanterncough). Item Five will have to wait for the X200, but hopefully it’ll wind up on the To Do list.

Now, about that upcoming X-E2 and the inevitable preview testing and feedback it’ll no doubt require…