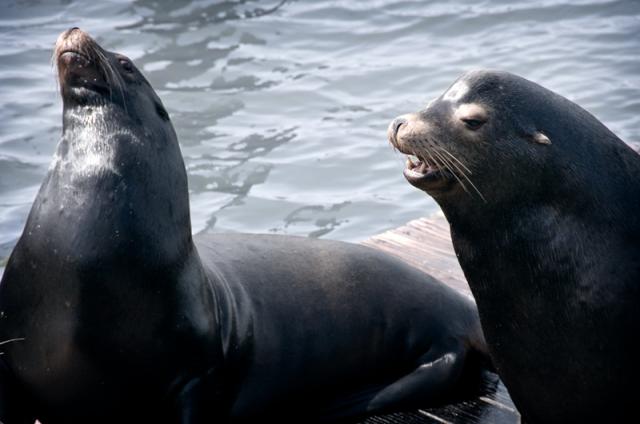 Taken a Fisherman’s Wharf earlier today. I’m normally not one for wildlife shots unless they show some sort of action or paint a dramatic picture, but I think the image here has a drama of its own (though probably closer to that of the Dramatic Chipmunk).

Even though it’s a relatively flat image, action-wise, the way the one sea lion is eyeballing the other is just too funny.