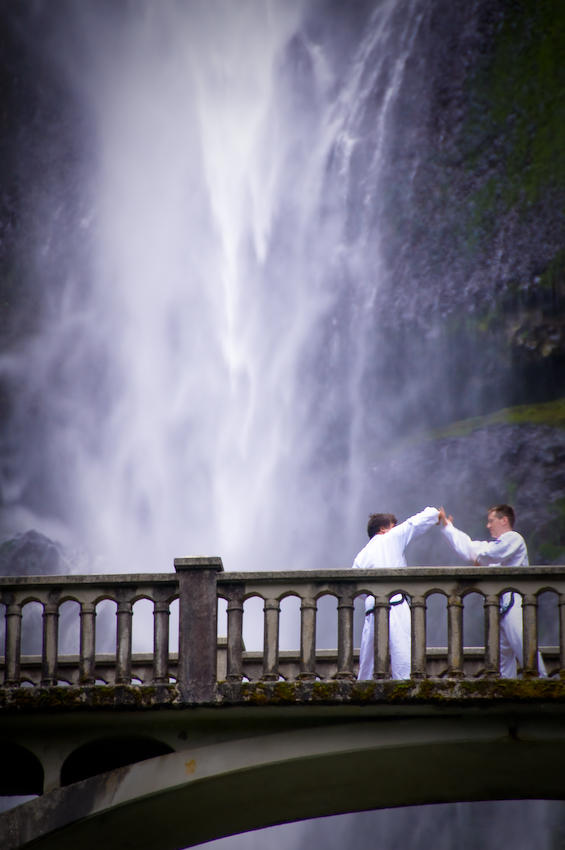 Taken while visiting Multnomah Falls outside of Portland. A karate dojo was having its portraits taken at the falls, and they were using the bridge in front of the falls for their setting.

I have to admit, it was a pretty good choice for a setting. Had they been armed with swords and samurai armor, it’d have looked like a Kurosawa film.