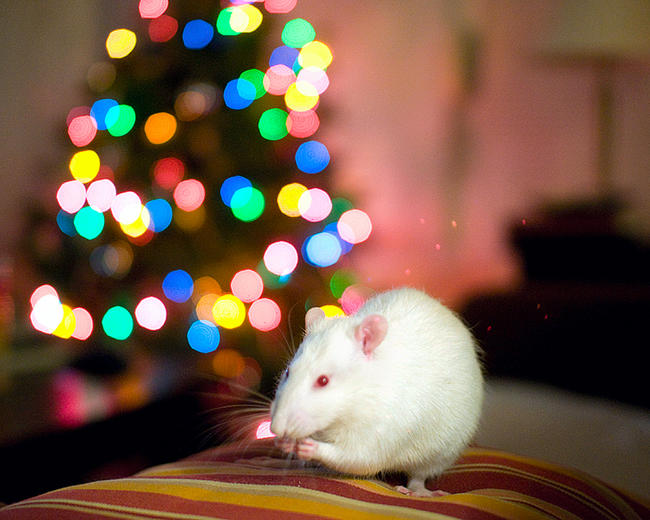 By mike23 December 2008No Comments

Surprisingly, rats aren’t fans of sitting still (Who’d’ve thunk it?). This becomes an issue when you’re forced to shoot at f/1.8.

After struggling to ‘catch’ them for the better part of half an hour, I decided to wise up and just set the camera on a tripod. I focused it on a specific spot on the pillow, then lured them over with the promise of freshly-baked bread. Eventually I was able to get a halfway-decent shot.