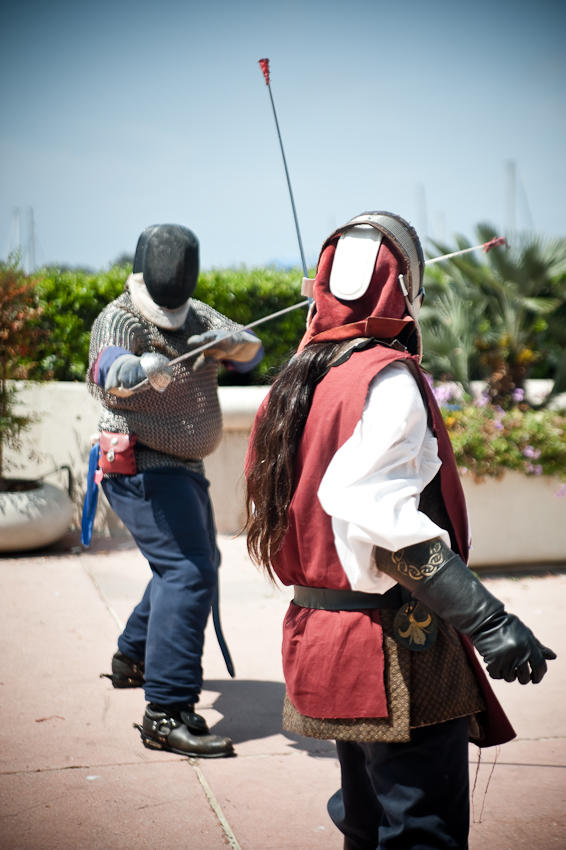 I went to Comic Con last week, my second time (the first being in 2005). It was fun, though overwhelming at times and very easy to get lost in (in more ways than one).

It’s interesting, seeing how more and more mainstream this once niche convention has become. There is talk that San Diego revoked plans for a new hotel next door to the convention center in order to reserve that space for the hall to expand into.  And of course, how counter-culture can you really consider yourself when a large portion of your attendees are preteen girls and their middle-aged mothers, all there to shriek over Twilight? There were actual idi people that camped out for two nights in order to make it into the 6500-capacity hall in order to see the panel. Oy.

At the risk of sounding like That Guy, Comic Con used to be about the nerds. It’s always been about promotion, but it used to be our stuff that they were promoting. Hardcore sci-fi and fantasy. Nerdcore stuff. Not sparklevampires and their abusive passionate relationships. For cripes’ sake, they promoted a new Patricia Heaton mom-comedy that had nothing to do with anything even remotely nerd-oriented. Granted, it tickles me that only 75 people showed up to the 2,000-capacity ballroom, but still. It shouldn’t have been there in the first place. This is our thing. Don’t pollute it with Everybody Loves Raymond’s Wife.

Speaking of nerds, I shot this photo while wandering the con. Looking at it I realize how neatly it encapsulates the con: An overweight nerd, wearing chainmail in 85º heat, swordfighting while simultaneously quoting The Princess Bride. I can’t think of a better analogy if I tried.