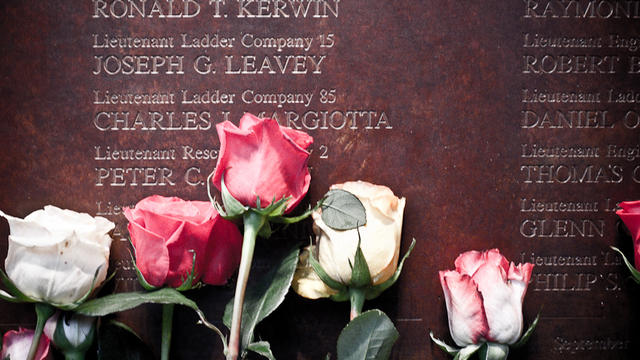 By mike25 September 2009No Comments

Two weeks ago I visited Ground Zero for the first time. I’d been to New York once a year for three years prior to moving here, but I never made it to Ground Zero until this year’s anniversary.

9/11 never hit me on a personal level. I was living in California when it happened, I didn’t lose anyone to the attacks, and I never really saw or felt the aftermath. I was fairly insulated from it. Probably about as insulated as one could get while still living in the U.S. And as much as I felt for those that suffered, and mourned those we lost, it was always with the sense of detachment that comes from hearing second hand. Sympathy, never empathy.

I wasn’t sure what I was expecting when I went down to the site, but I don’t think I expected it to become so .. real. There were banners running along walls, listing the names of those that were lost. And along the banners were carefully-scrawled messages; from strangers, from family, from friends, from anyone that lost anyone or anything. There was pain and loss and sorrow and thanks and gratitude and longing, written on these banners for the world to see.

Over the last eight years, the phrase “Never Forget” has become so deeply ingrained in the cultural subconscious that a lot of the time it’s used as a punchline. In an ironic twist, the words have been remembered but the spirit and sentiment behind them have been forgotten by so many.

But not to those whose words are written on the banners. Not to those who lost their fathers and mothers, their brothers and sisters, their sons and daughters. And not to anyone who stood in front of those banners, face-to-face with the reminder that these were real people who died. Not statistics, not numbers, not political leverage. People.

It’s important to remember that sometimes.