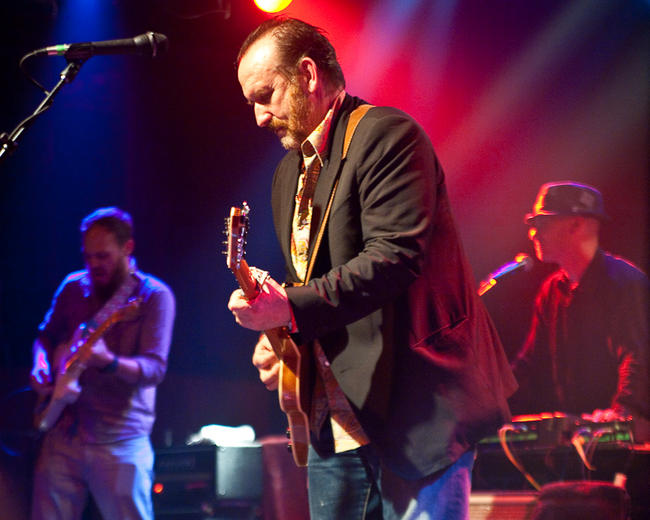 By mike7 October 2009No Comments

Another photo from the Colin Hay show I caught while still in San Francisco. I’ve been spending a lot of my free time these past couple of weeks catching up on photo work that had fallen to the wayside (between the move and the massive delay in getting my desktop back up and running) and the shots from the show were among them.

At the end of the last post I semi-challenged New York, saying that it’d better be worth the massive upheaval that was moving across the country. Had I known two months ago just how much of a pain in the ass it would turn out to be, I might never have gone through with it.

As for whether or not it was worth it, the jury is still out but leaning toward yes. New York as a city has been utterly amazing, and I know that I’ve barely begun to scratch the surface of it. You can live here your entire life and not taste it all. I’m sure it’ll keep me busy for however long I’m here.

But as anyone knows, there’s more to a life than the place you live. It’s also the corner you carve out for yourself  in that place; the people you fill it with; the life you lead. When I left San Francisco I left behind a lot of good things – a cozy little corner I had claimed as my own, a workplace I enjoyed returning to, my family, my best friends, and a lot more. That’s a lot to give up. Especially on little more than a gamble for something better.

But just as the life unexamined is not worth living, neither is a life unchanged. As with anything else, if it remains unchanged, unchallenged, it atrophies and wastes away. My living situation, while hardly bad, isn’t as amazing as the one I had; my workplace isn’t as colorful, as fun and dynamic; my friends aren’t as close. But they are new. They have potential for so much more. For better or worse, I’ve started writing not just a new chapter, but a whole new book in my life. One where the next page has the promise to be vastly different from the last. Something I didn’t really have in my-life-as-it-was in San Francisco.

It’s too early to tell whether the gamble will pay off in the end. But then, it’s not really the money that we gamble for. It’s the nerve-wracking few seconds between laying down the bet and watching the ball spin along the roulette wheel. Because in those short few moments of in-between,