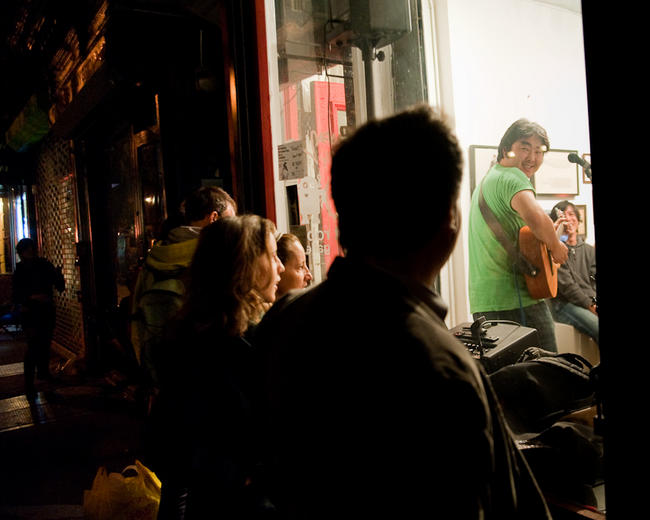 By mike4 October 2009No Comments

Another shot from Friday’s Follow Your Whim tour show at Giant Robot NY.

The store had filled up fairly quickly as the show went on and since there was decent foot traffic on the sidewalk outside, more than a few passers-by would hear the music, see the crowd, and stop to check out the fuss. Usually it was just a person or two, standing surreptitiously outside the door. This time, however, it was a family of French tourists, too many to huddle together in a doorway. So they just stood outside the picture window, looking in.

I wasn’t able to make it out to last night’s gig, unfortunately. Something came up and by the time it had been dealt with it was too late to follow along to the show. It’s a shame, but you gotta do what you gotta do. And I’ll be back in SF soon enough so I’ll be able to catch more of their shows then. In the meantime I have two Invisible Cities CDs and two of Goh’s albums to tide me over until then.