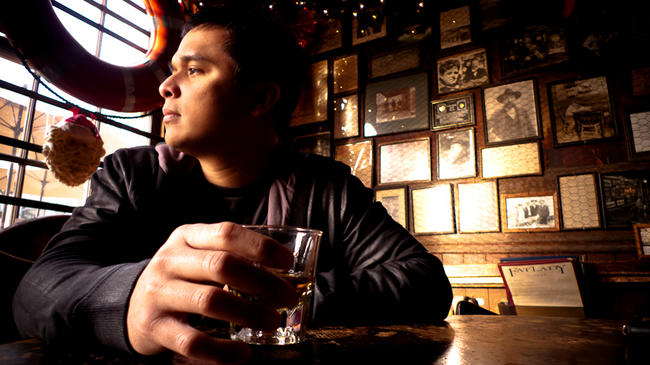 By mike21 December 2009No Comments

I watched Avatar yesterday (fantastic film) in Jack London Square, in Oakland. Aside from a so-so theater complex, the square also houses the actual cabin of the eponymous author. The cabin hadn’t originally been in Oakland, of course. It was his Alaskan residence. When it was discovered, it was disassembled and brought to Oakland, log by log.

Right beside the cabin is Heinold’s First and Last Chance, a bar frequented by London himself, back when he used to live here.  From the look of it, not much has changed since the Call of the Wild author’s days. There’s a layer of chicken wire protecting the wall photos from pilferous (likely drunken) hands, but that appears to be the only concession.

The sameness makes you feel more connected, in a way. Not only are you sitting in the same places Jack London used to sit, but for all you know it’s still the same table. God knows it’s pretty much the same bar.

If I lived in Oakland within spitting distance of Jack London square, I’m fairly certain I’d wind up spending most my time in that bar, sitting in a corner, drinking whiskey and writing. Just like Jack before me.