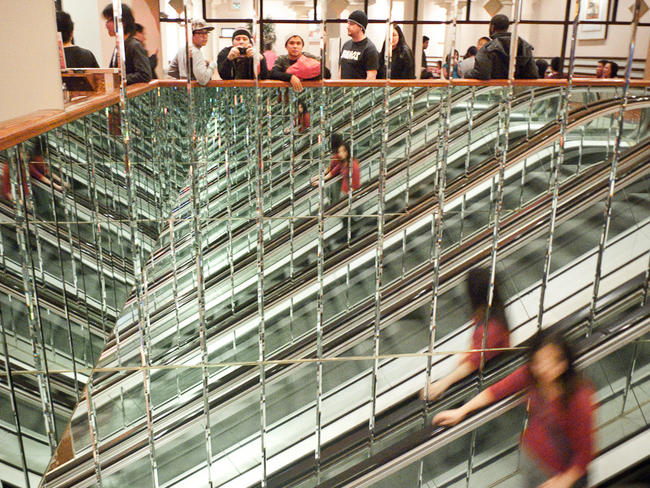 By mike2 January 2010No Comments

Taken while waiting in line at some restaurant in Reno. I’ve always dug the effect caused by parallel mirrors. It was this odd eternity that stretched on, but you could never quite see it. Since your own body was dead center in your eye line, “eternity” always stretched on right behind you, just out of sight.

The digital cleanse is going well so far. Granted it’s only been a day, but so far I haven’t tweeted, texted, or checked my email from my phone. I made more phone calls today alone than I think I had all month of December.

Ironically, tonight I came up with an idea for a website that is entirely twitter-centric. Luckily, however, I can get enough of the prep work done via email for the first week that my cleanse will be over when the ball really gets rolling.

It’s been kinda weird, being bored in front of a computer and having to force myself not to hit up Facebook or my favorite forums. I actually see the mouse pointer start to move in the direction of the bookmarks, realize what it was doing, and suddenly stop.

In the end, however, I managed to make my first day without breaking any of my own tenets of my Digital Cleanse. Maybe if I make it all the way to the end, some of it will stick after this is all over.