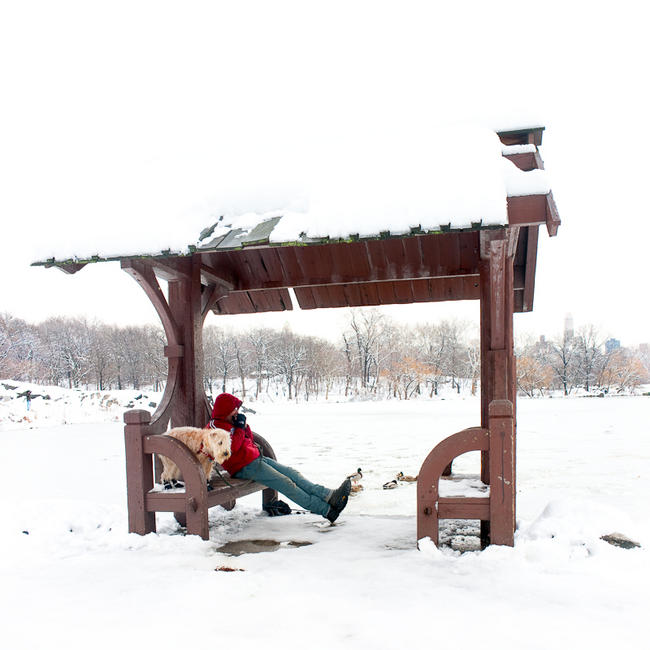 By mike28 February 2010No Comments

Not about to let Friday’s abundant snowfall go to waste, I grabbed my camera, two lenses, and headed off to Central Park.

Me and about half of New York, rather. I have never seen as many people out with cameras as I did today. At one point I saw about five or six people on the same small bridge, all looking out over one of the railings, shooting The Lake. It was kinda ridiculous.

Earlier in the day, I found myself walking around Jackie O Reservoir and happened upon a small hut-slash-gazebo right on the water, with some ducks milling about on (and in) the ice not five feet away. Inside the hut-slash-gazebo was a man and his dog, just hanging out. Despite the droves of people flocking to Central Park and despite the fact that we were in the heart of Manhattan, the scene was quiet and still. Quiet, that is, except for the soft, mournful tune emanating from the man’s harmonica.

I stood there for a while, taking some photos but mostly just enjoying the peaceful tranquility of the moment. The air was crisp, ducks silently milled about in the water, and all you could hear was the man’s quiet harmonica.

That, and the three other photographers, about fifteen feet away, snapping photos.