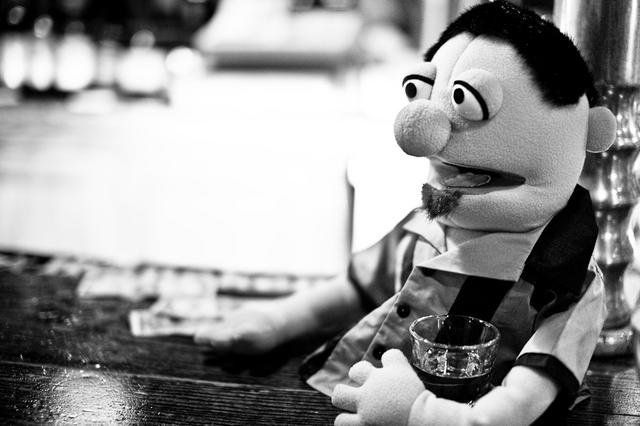 By mike7 March 2010No Comments

This is Rick. My sister took me to FAO Schwartz to put him together, a birthday gift months in the making. Like me, he enjoys a good Irish whiskey from time to time. Perhaps too much.

All in all I had a fantastic day today. Started out at FAO Schwartz with my sister, then to lunch at a great little burger bistro, followed by Alice in Wonderland (which I’m apparently in the minority for enjoying). After my sister and I parted ways, I went off to meet up with some buddies for amazing steak at Keen’s Chophouse, which was immediately followed by drinks at Tempest Bar, where I met and got on with two really cool bartenders. Though if we’re being brutally honest, I think Rick hogged most of the limelight tonight. He got cozy with one of the bartenders, got hit on by a drunk dude, had his picture taken twice, and attracted more than a little attention at the otherwise-quiet bar. That’s definitely much better than I average.

Perhaps I should just start bringing him with me wherever I go. I wonder if he could get me out of traffic tickets.