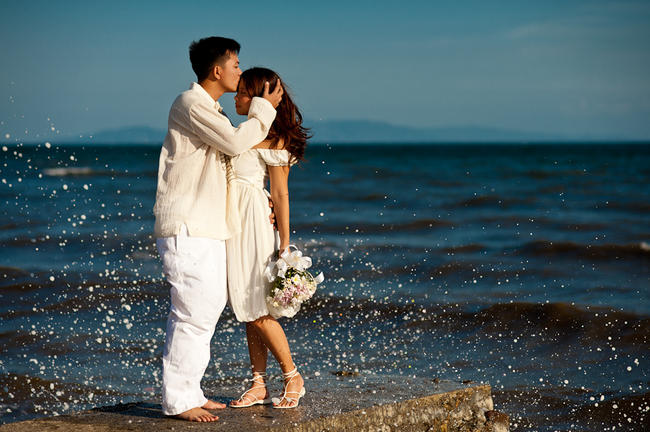 Two old and dear friends recently asked me if I could reshoot their engagement photos.  They had tragically lost them in a hard drive crash (protip: it’s not enough to back up, you gotta do it often) and were hoping to have new ones for their upcoming vow renewals.

Neil and Kayen have been together for ten years, married for five of them, and are more in love now than ever before.  They’re also the poster children for what happens when you realize love is worth fighting for and don’t simply throw in the towel when things get tough. Every storm they’ve weathered, every obstacle they’ve overcome, only served to make their relationship stronger and bring them closer together.  Too many times, I’ve seen people stay together simply because it’s easier than being single, or because they figure that they’ve been with their partner so long they may as well get married. Inevitably, the dissatisfaction and unhappiness becomes so obvious you can see it a mile away. Not here, though; one look at these two and you know they’re very much in love. 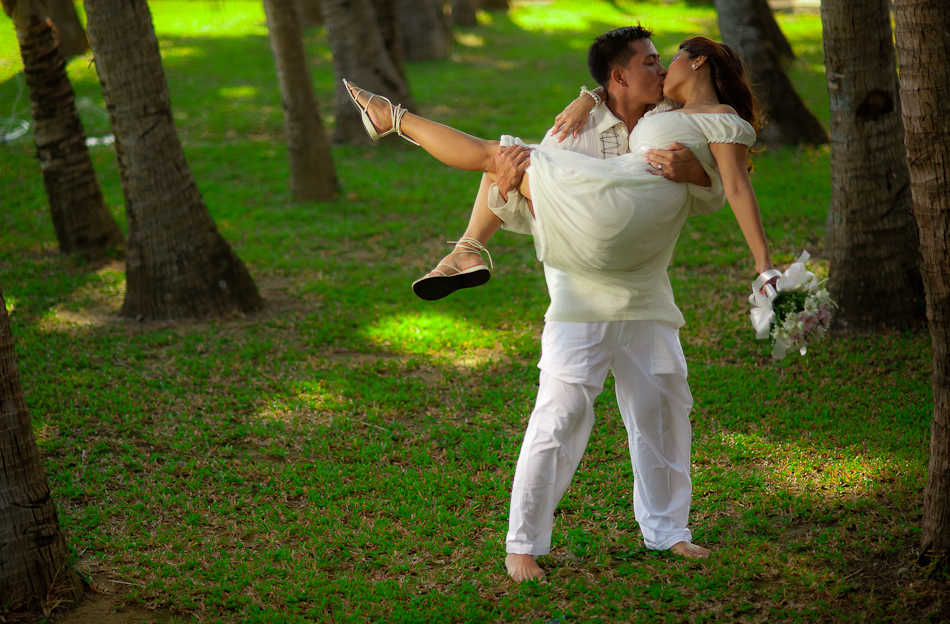 This session also marked my second engagement shoot, my first being back in 2008 when I shot my cousin and her husband’s wedding.  And while I was happy with much of how the shoot came out, I can also see a marked improvement in a lot of my work since then. It’s heartening to see exactly how far I’ve come in just over two years.  And even beyond the quality of the photos, I found the shoot itself to be much more enjoyable, largely because I felt much more confident behind the camera.  The confidence also made me much better at directing Neil and Kayen in the middle of the shoots—that one was especially helpful.

I also had help in the form of their daughter assisting me as my VAL (Voice-Activated Lightstand). She’s an aspiring photographer, so as she helped me I tried to share with her what few things I’ve learned over the years. And it was so worth it. Rather than wrestle with light stands and sandbags and all the time necessary to constantly repositions lights, I just had to ask her to step a little bit this way, move the light a little bit that way. 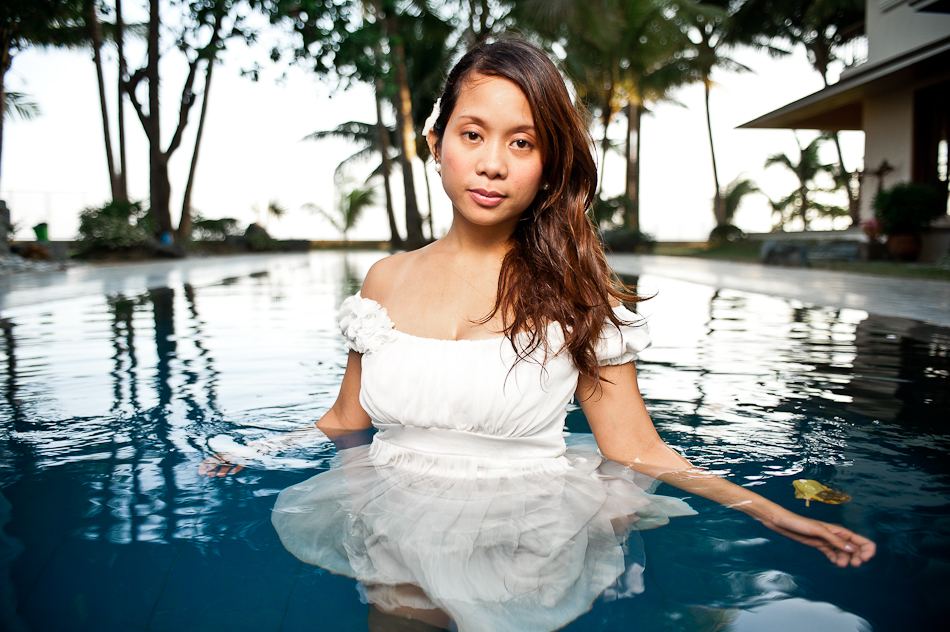 The location, likewise, was a dream to work with. We did the shoot while away for the weekend at a friend’s beach house (the same weekend I took the campaign trail shots, actually) the house offered some great spots with enough variety to keep things from looking the same in every shot. Shooting in the pool was especially fun, and presented some great opportunities for experimentation and having a larf.

In the end, it was probably one of the best shoots I’ve had and I’m honored that they asked me to do it. Looking back there were one or two things I wish I could have done differently, but they’re incredibly minor compared to the satisfaction and fun I had with the shoot. And while I haven’t changed my mind on shooting weddings (not a fan), I could definitely see myself doing more engagement and couple portrait shoots in the future. 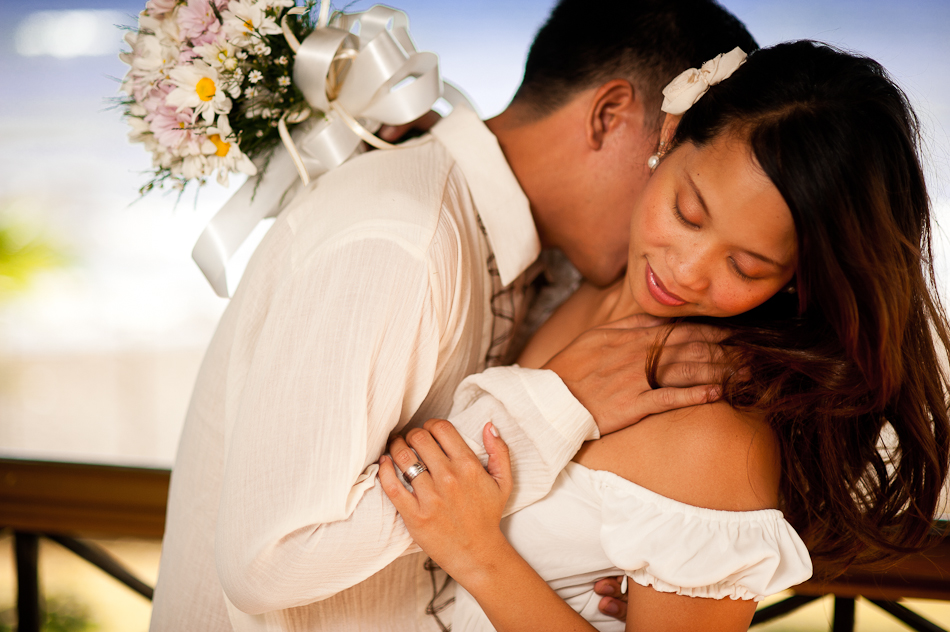