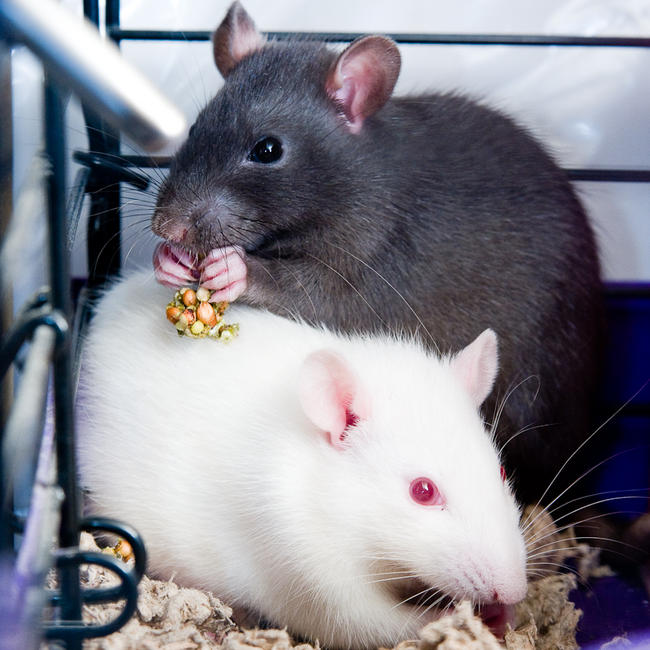 the sadness of pets

My entire life, I’ve been surrounded by animals.  When my parents took me home from the hospital thirty-five years ago, there was already a happy German Shepherd pup waiting for me.  When we first moved to the Philippines we stayed with my grandparents, who had on their very large property (among other things) twenty dogs, twenty cats, a pen of geese, a coop of doves, turtles, a parrot, and three macaque monkeys.  Yes, monkeys.  Other kids my age were lucky if their parents let them have a goldfish.  I got to hang out with monkeys. 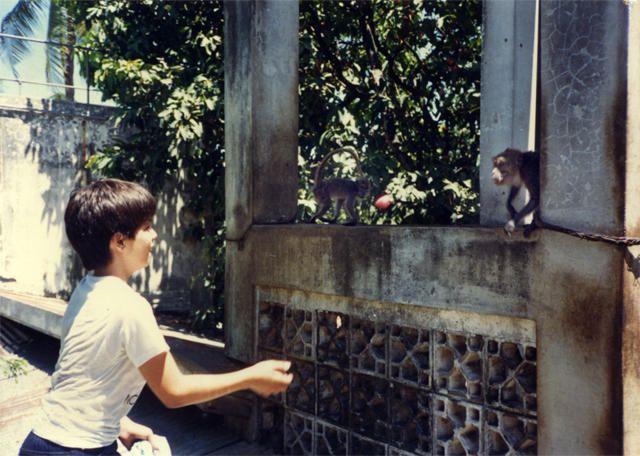 On top of all of this we also had a farm with a fair number of cattle, including one smaller brown cowthat my sister and I had sort of adopted (and oh-so-cleverly dubbed “Brownie”) and would always play with whenever we went up to the farm (every other Sunday or so).  Suffice it to say, animals played a big part in my childhood.

My adulthood as well, actually.  Even when living on my own, I almost always had some sort of animal roommate.  A Maine Coon here, an Indian Ornamental Tarantula there, a corn snake, a chinchilla, and, most recently, two rats.  I suppose my choice in pets skews a little more to the “peculiar” than most but, being an apartment-dweller, dogs aren’t a viable option for me.  And while I have nothing against cats, I’m done owning them.  Between the perpetual fur flying around and the incessant middle-of-the-night whining to be let out (then let back in again five minutes later), I’ve about had my share of feline roommates.

So dogs were out and cats weren’t happening and fish are, well, boring.  Pretty, but boring.  So I wound up with chinchillas and tarantulas and snakes (oh my).   But exotic pets tend to not live as long as cats and dogs, and one by one I saw them go.  Turk was the latest. 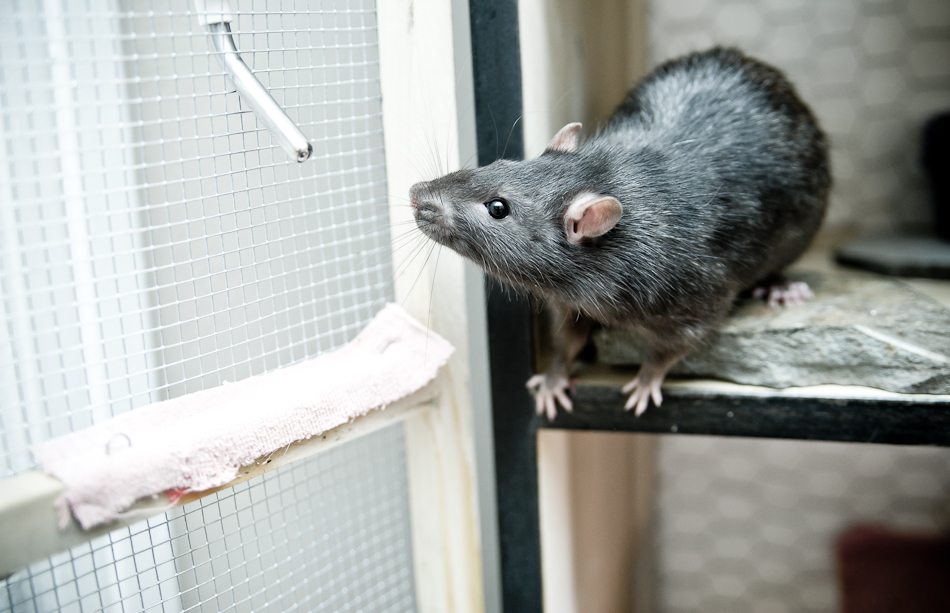 Turk died while I was in the Philippines (pets dying while I’m away on vacation seems to be a recurring theme in my life), though the fault was entirely my own and something that was a long time in the making.  Turk was always the Alpha of the pair, literally climbing over JD to get to food or water or pretty much anything else he wanted.  He also a pretty greedy s.o.b., often wolfing down his share and then proceeding to steal most of JD’s, as well.  As time went on, his gluttonous diet started to take its toll, and he swelled to Hutt-ian proportions.  Toward the end he was so fat that his sides spilled out and dragged along the floor with his belly and even short climbs proved difficult.  He was a fat rat.

My roommate, Don, was looking after Turk and JD while I was gone; he was the one to tell me of Turk’s death.  Apparently one day he was fine—crawling around and eating and playing with JD—and the next he was dead.  My guess is that his morbidly obese size took its final toll on his tiny rat heart and he went the way of Douglas Adams.  According to Don, JD didn’t move or eat for three days after Turk’s death. 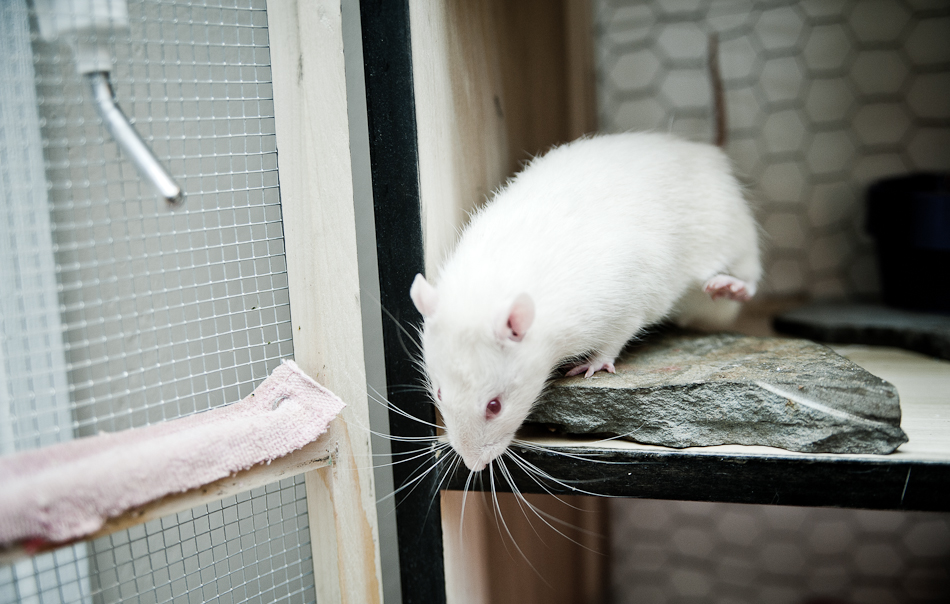 But Turk wasn’t the only casualty while I was gone.  Upon returning to New York, I discovered that JD had developed a large growth on the side of his head.  He’d had a tumor in the past and between that and the high rate of occurrence of tumors in pet store rats, it was expected he’d get more.

This one was big, though.  Just by looking at it you could tell it was inoperable.  That there was no way you could remove it without killing JD.  Luckily, he wasn’t in any apparent pain and still maintained both his appetite and his activity.  So I let it be, knowing that sooner or later it would get to the point where he’d have to be put to sleep.

Guess it was sooner rather than later.  In the last month the growth has tripled in size and even though he’s still in no apparent pain, it’s clear that it’s time.  So tomorrow I’ll take him to the same vet that I had remove his first tumor and have him euthanized.  It’s not something I look forward to, but I know it has to be done. 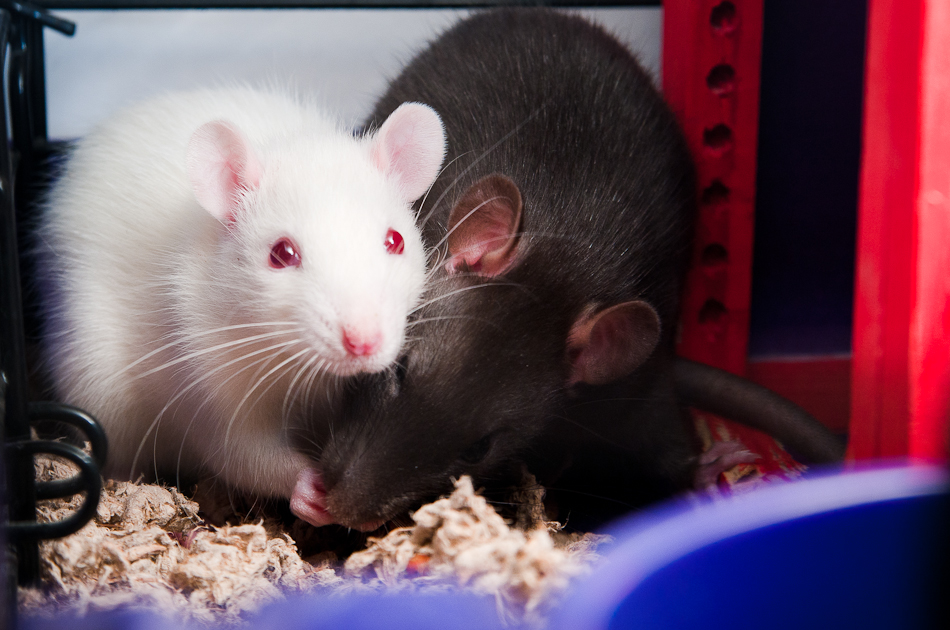 I’ve heard it said that there are few things worse than being a parent that outlives their child.  I can’t help but think that—to a much lesser degree—pet ownership is not unlike this.  You assume responsibility for another living thing; you take it in, you feed it, you keep it warm and safe and care for it in sickness and injury.  You pour love and affection into it and eventually, ultimately, you say goodbye.  And a piece of your heart breaks forever.

Yet, despite that, we keep doing it.  We keep letting these furry, scaly, slimy, feathery creatures into our homes and our lives.  Because we know, despite the vet bills and the headaches and the heartaches, that it’s worth it.  That the joy they bring us far outweighs the sorrow of their passing and even the humblest pet has the potential to help us become better people.  So we go back out there, again and again, giving our hearts to countless Fidos and Tigers and Pollys, knowing full well what’s to come.

Because it’s worth it.