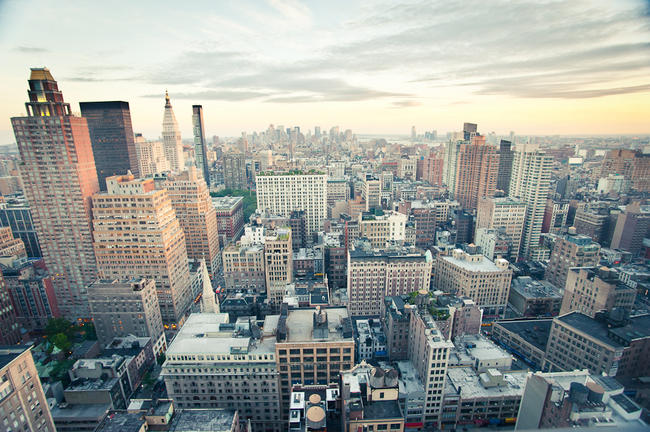 the air up there

Shot an engagement party for a lovely couple on Friday night.  It was held on the rooftop of a building in the Lower Midtown/Koreatown area.  The shot above is the view from the south side of the rooftop.  You can actually see the Brooklyn Bridge, a good three miles away.  I can’t begin to imagine what it’d be like to have that view waiting for you every morning.

The rest of the rooftop offered some equally impressive views, such as this view, seen from the north side of the building: 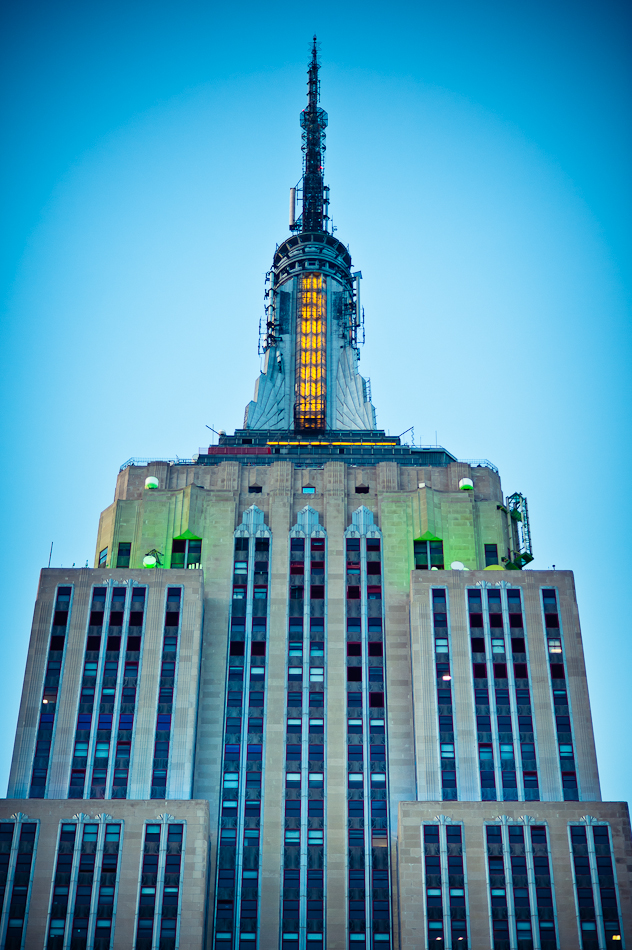 Full disclosure, the image above was actually shot with an 85mm lens, so it’s a bit zoomed in.  After all, the ESB is 102 floors tall, and the apartment building was only 42 floors up.  Here’s a better idea of how things looked: 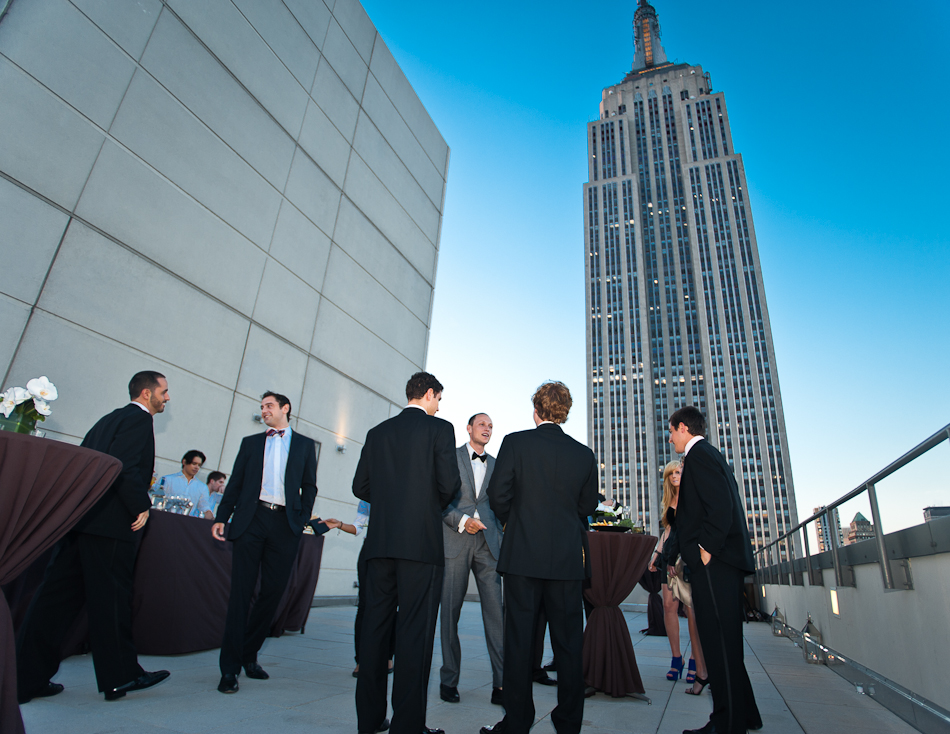 All said, it was a pretty slick affair.  Tasteful and expertly-catered (by Silkstone, a hip young events company), the party was simple yet elegant at the same time.  Even the small details were well-maintained and looked after.  After all, you only throw one engagement party (ideally).  Better make it count. 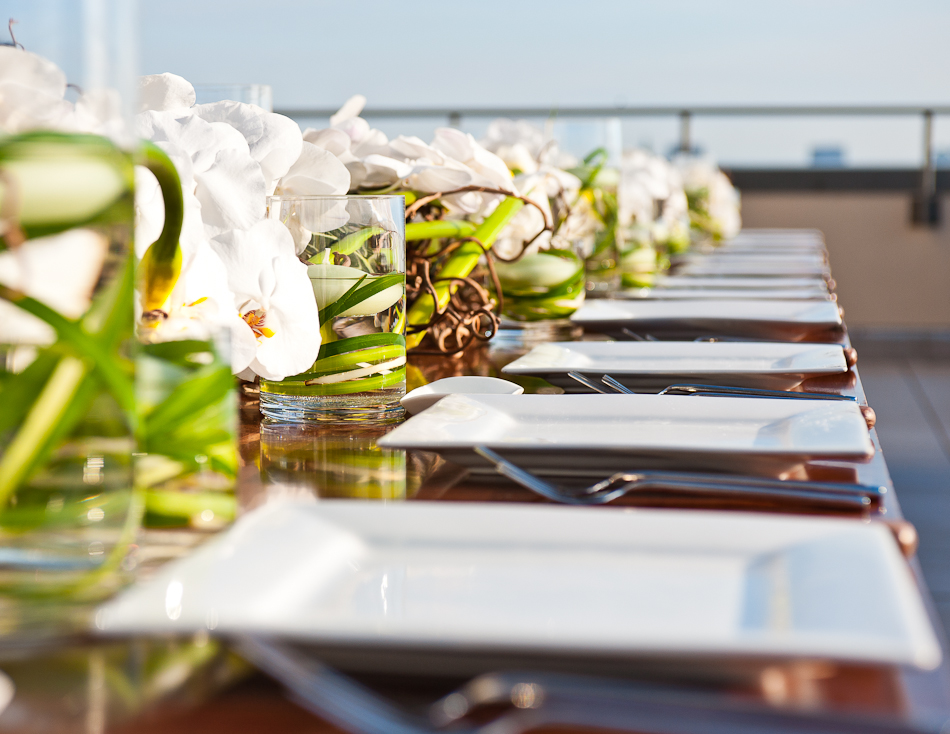 For a lot of photographers, event gigs are pretty low on the job wish list.  Given a choice between that and working with beautiful women, traveling to exotic locales, or rubbing elbows with celebrities and rock gods, how many people would choose instead to spend countless hours on their feet, running around in a room photographing other people having fun?  Probably not many.

But when you’re starting out and trying to build a career in photography, it’s one of the best jobs you can get.  I’ve done commercial shoots, fashion shoots, concept shoots, and more.  None of them have gotten me even a fraction of the exposure that event photography has.  And as someone trying to build a business in a new city, it’s been invaluable.  Both on the client side and the industry side, every new job brings with it potential contacts.  Many of them don’t really go anywhere, but every now and then someone remembers your name or gives their friend your business card and you get another gig.  And another.  And so on.  Then, one day, who knows?  Maybe I’ll be living in a building like this one.  I mean hell, have you seen the view? 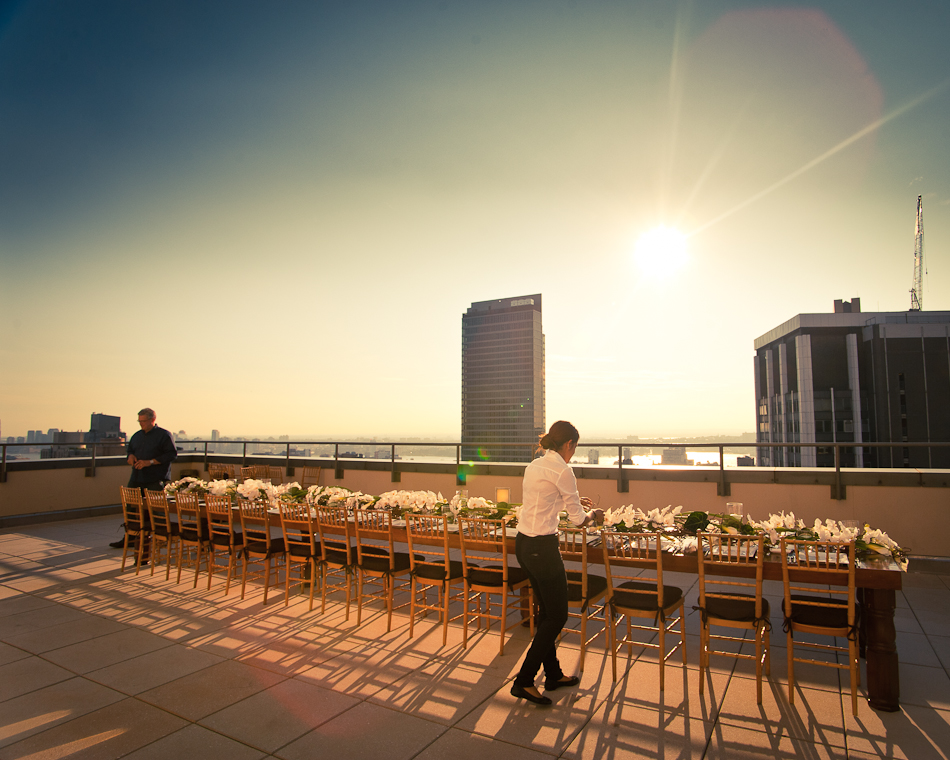