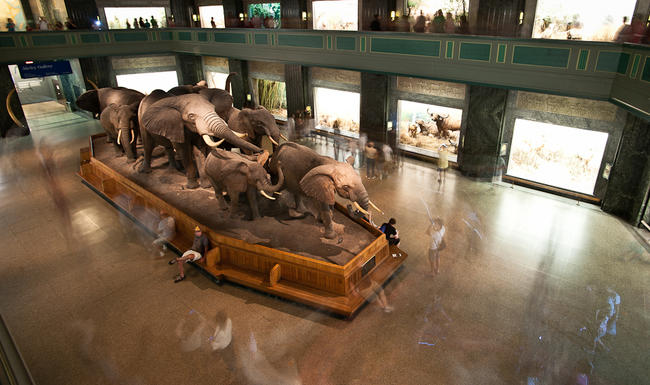 saturday in the park

(I think it was the Third of July)

So Fourth of July weekend is upon us, and for some reason that made me feel extra-compelled to go out and do something than any other Saturday. Go figure. In any case, I promptly hopped on my trusty steed (the Manhattan-bound N Train) and galloped (commuted) my way into town, meeting this fine fellow on the way: 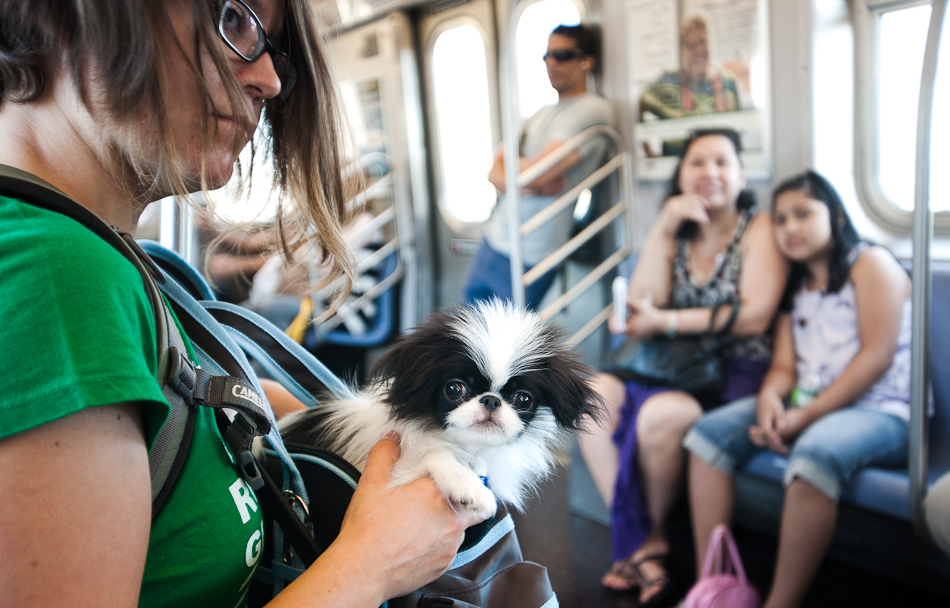 I didn’t have much of a game plan, other than visiting the American Museum of Natural History as I hadn’t really been there in three years. It felt like every time I had a hankering for some museum action I always wound up at The Met. The AMNH deserved some love, and I decided to give it to it. I headed to the museum with plans for all these great shots and, unlike the last time I went, I thought ahead and brought my tripod with me. It gets mighty dark in those rooms and I fully intended to get the most out of my shots.

And I did. At least, up until one of the security guards informed me of their NO TRIPODS, MONOPODS, OR CEPHALOPODS EVER policy. This, of course, after speaking to one security guard that wasn’t sure and one help desk girl that didn’t think they had a tripod policy at all. Good to know they’re all on the same page. In any case, I was at least able to get off a few decent shots (like the one way up top) before being scowled at and finger-waggled by middle-aged Indian women. I shoulda just gone to The Met.

Without the tripod, I had no real desire to stick around and fight with holiday weekend crowds just to wind up with noisy or blurry low light shots so I ventured back out into the daylight. As I wandered down 8th Avenue, wondering where to go next, the sounds of Bob Dylan’s “Like A Rolling Stone” emanating from Central Park drew me in. After a fair amount of wandering, I found the source (though by this point he was singing Jason Mraz’s “I’m Yours”). 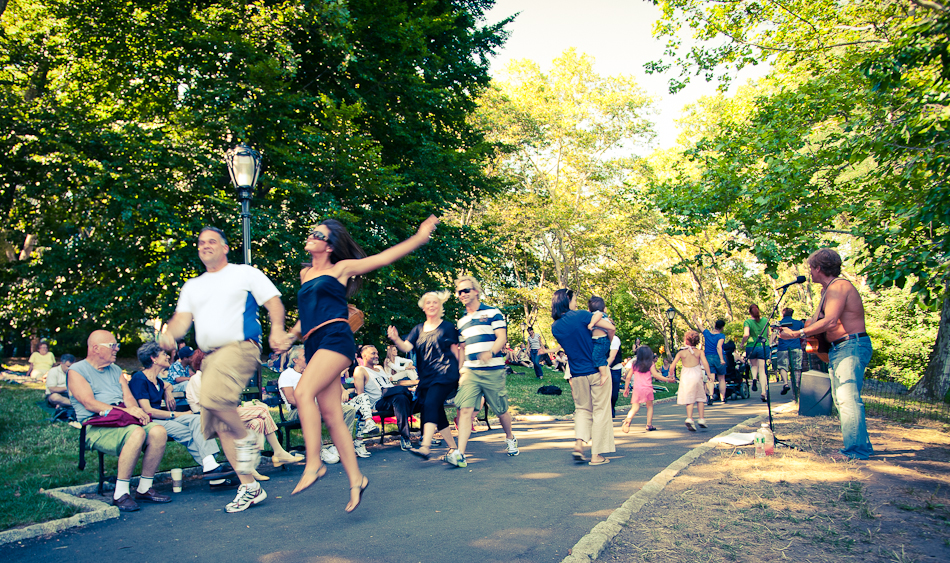 Not only was he singing happily, but apparently encouraging people to skip as they walked along—which they did happily. At first I thought he was just some random busker who happened to draw a huge crowd (though it’s not very evident from the photo, there were a good hundred or so people sitting on the grass across the walkway). Then people started requesting some of his original songs. I later found out that he’s not only a regular but apparently a Central Park institution who calls himself That Guitar Man from Central Park. He’s been doing this for almost twenty years and has eight albums under his belt (including a live album) plus a pretty devoted following, of which I think I’ve just become a member. I’ll definitely be stopping by again next Saturday, hopefully picking up a CD or two while I’m there.

Eventually I tore myself away from pastoral scene and ventured further into Central Park, wandering The Brambles for a spell before emerging and happening upon a couple shooting their engagement photos by the Naumburg Bandshell. I then proceeded to stalk them for a good twenty minutes or so, getting shots of the couple and their photographer as people turned and stared (at them, not me). 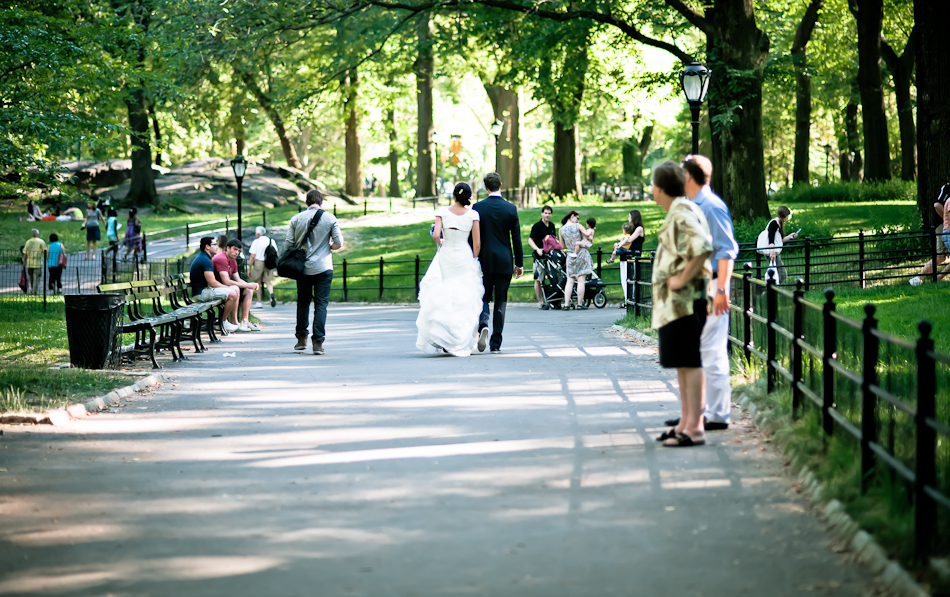 Eventually the photographer noticed me and scowled his disapproval (seriously, what’s with all the scowling today?) So I wandered in another direction, looking for subjects that might not be as standoffish. It was roughly then that I happened upon this colorful, napping Tennille-less captain. 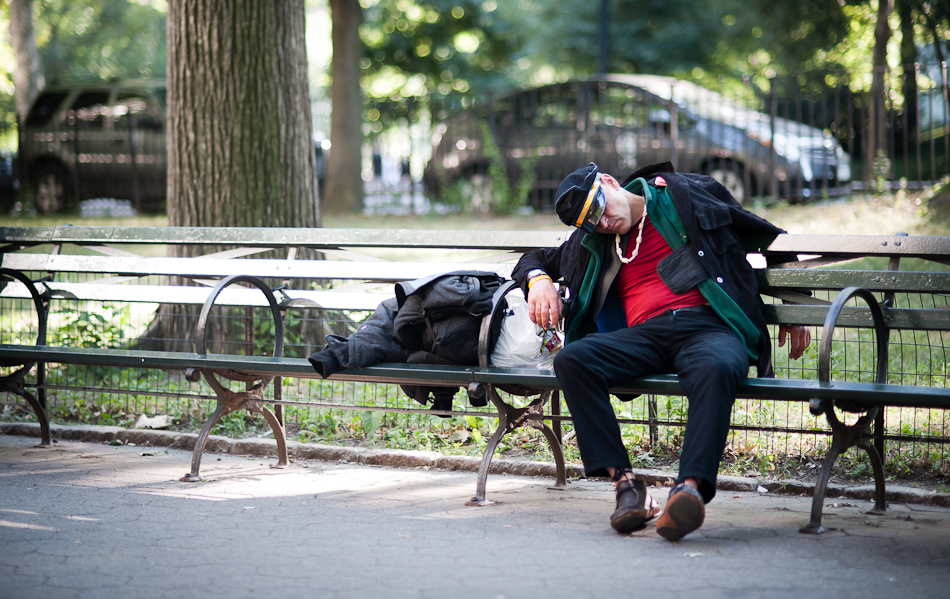 No sooner had I fired off a few shots, however, did a man walk up to me. Anticipating yet another “Get lost, buddy!” I started to put my camera away.  To my surprise, the guy sat down on the bench beside me and asked me rather strongly—with what I think was a Russian accent—to take his picture.  Not only that, but he had some pretty clear thoughts on how he wanted it taken.  When I first shot him with my 50mm lens, getting a nice full-body shot of him lounging on the bench, he looked at it and said something to the effect of “That’s nice, but I want something closer and tighter in on the face. I want just my face.”  Happy to oblige, I slapped the 85mm back on and snapped this: 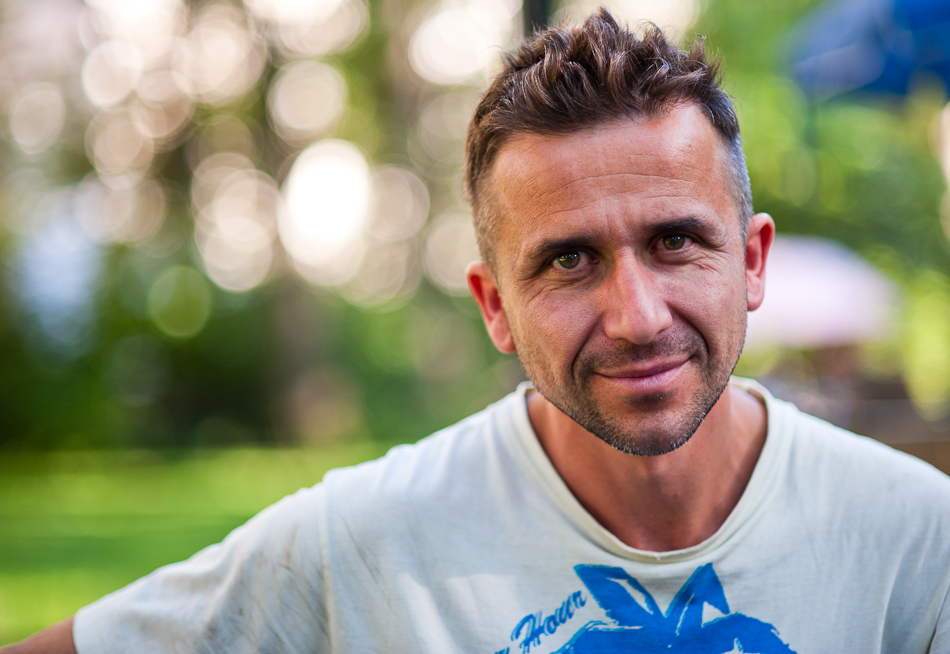 Shortly after parting ways with my volunteer, I decided I was about spent and it was time to head home.  Though not before running into a lone train car mariachi who was more than happy to pose for a few shots of his own. 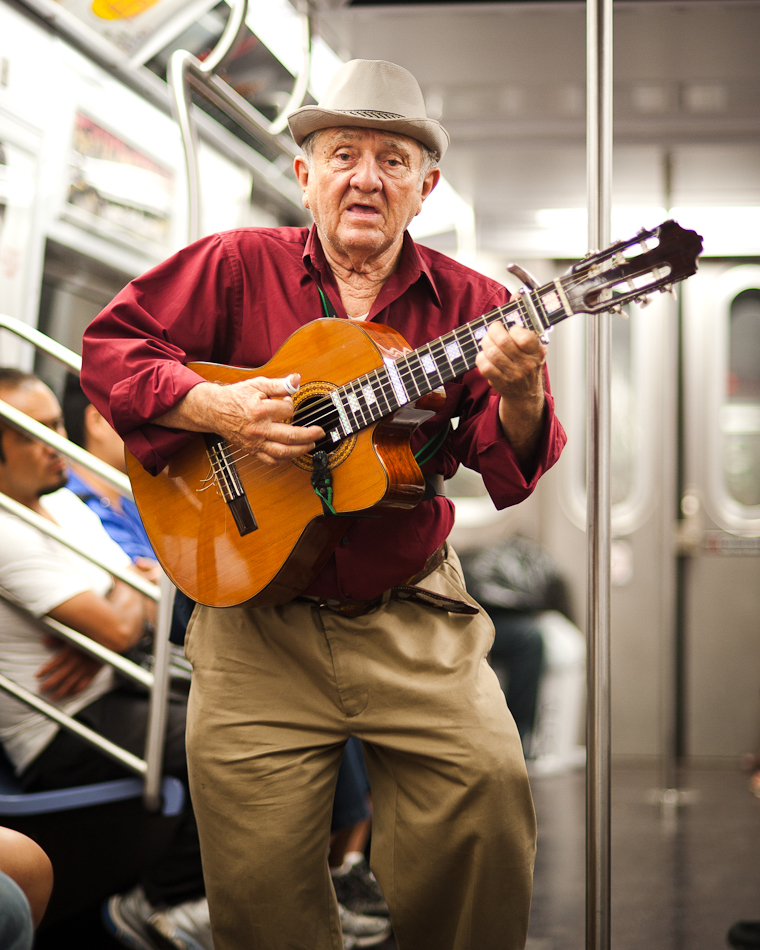 All in all, it was a pretty good day for city shooting.  A few scowls, but also more than a few people happy to have their pictures taken.  I can live with those numbers.

p.s. Is it just me, or are my entries getting progressively longer?  Before I know it I’ll be breaking these things into chapters.