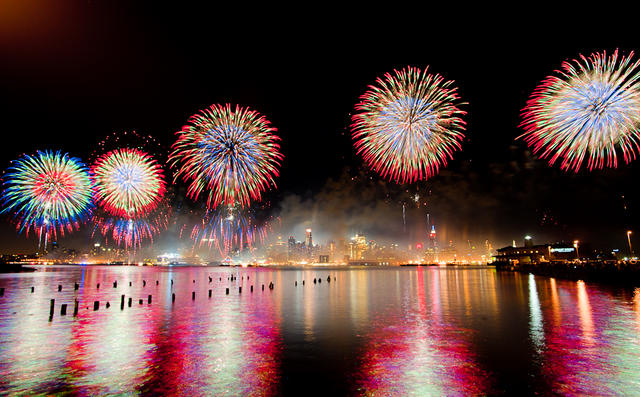 Yesterday was the 4th of July, my first since moving to New York. Naturally, we decided to do it up right—by going to Jersey.

I think we made the right choice.  The 14mm lens I’d rented for the show proved to be a wee bit too wide for shooting the fireworks since we were so far across the water, but it was an acceptable loss.  And it did allow me to get some good crowd shots. 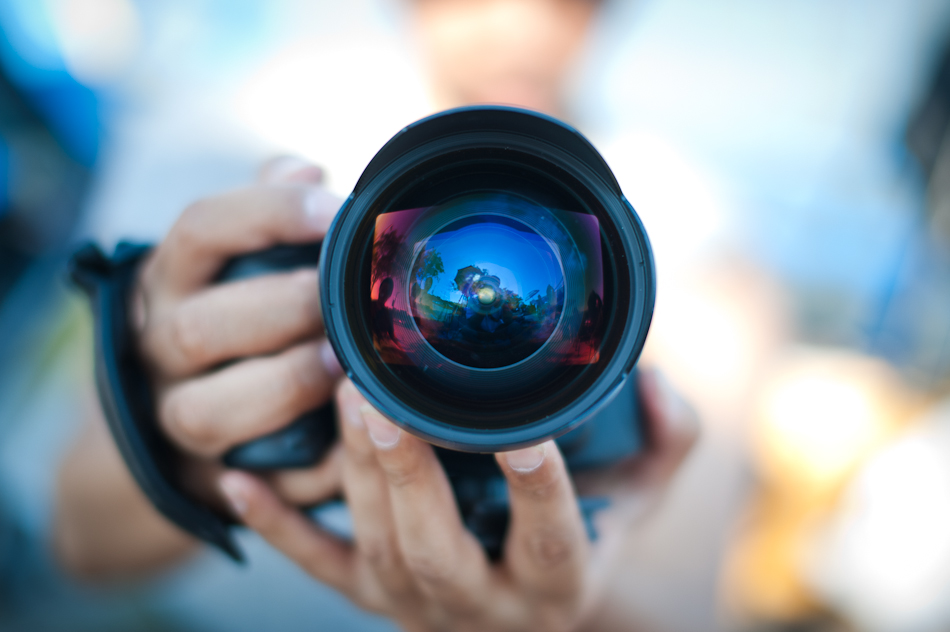 We pulled up to the waterside by around 4:00pm and already there was a good number of people camped out for the show.  We managed to find a small spot to squeeze into, and set up shop for the evening.  We wound up sitting beside a small group of folks that had been doing this for a few years now and it was the best thing that could’ve happened to us.  They were more than helpful, loaning us a golf umbrella for shade and me one of their canvas chairs to park my tired carcass on.  And thanks to another neighbor letting us use their duct tape, we were able to jerry-rig a little bit of shade from the blazing heat.  As much as I’m sure the party Manhattan-side was a lot of fun, I have no doubt we wouldn’t have found anyone half as gracious and generous as the folks we met. 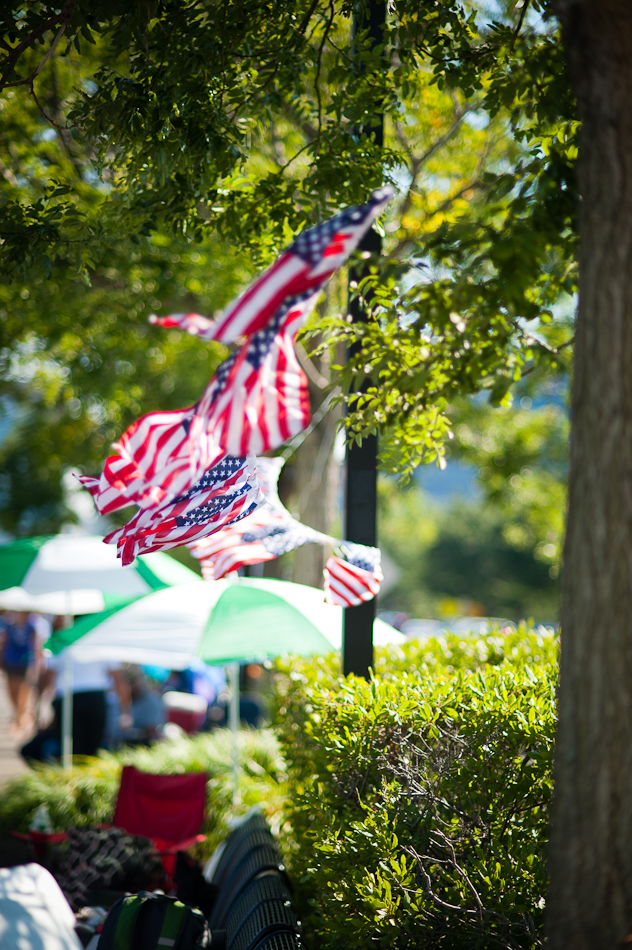 For the most part, the vibe in the area was equally laid-back and friendly.  I suppose it makes sense—you have to be a pretty patient and easygoing sort of person to sit out in the heat for five or six hours to ensure getting a good seat.  Folks like that are generally pretty friendly and accommodating.  It felt like one big tailgate party (minus the barbecuing and beer, both forbidden in the area).  Still, burgers and booze aside, it was a nice, fun atmosphere and the hours just kinda flew by.

Of course, the mood started to shift as more and more people showed up, and by seven thirty the place was already starting to fill up.  And just as the people who show up early for these kinds of things tend to be generous and friendly and giving, many of the people who showed up later on tended to be, well, none of those things.  Perhaps we were just unfortunate, but we found ourselves having to deal with a lot of people who felt like showing up late entitled them to encroach on our spot, tromp all over our towel, and generally be obnoxious and self-entitled.  Not unlike people who show up to a concert late then try to force their way to the front of the stage, elbowing aside people who’d been there for hours. 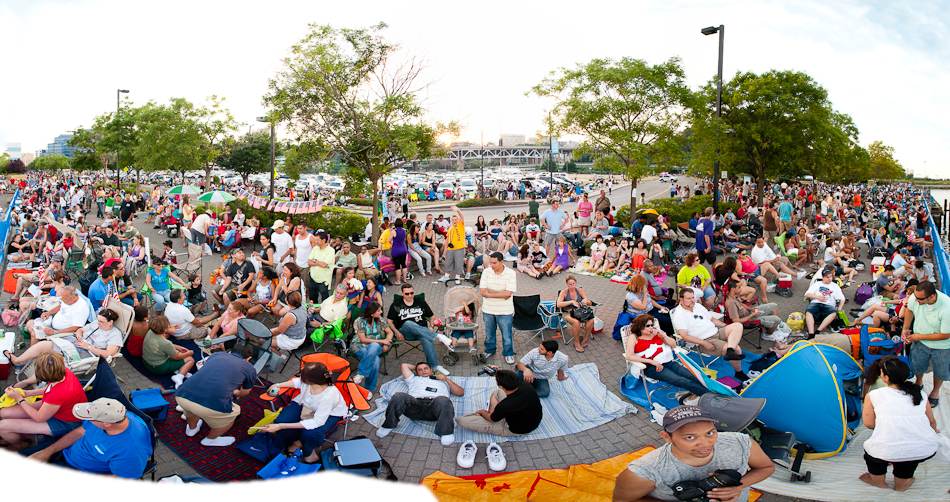 Still, we weren’t about to let a few pushy latecomers ruin our fun.  Especially as the sun was starting to set and the fireworks weren’t far behind. As the sun dipped further behind us, some of the FDNY fireboats came out to strut their stuff and spray water into the air.  Later on in the evening they came back and dyed the water as they sprayed it, treating us to red white and blue water jets. 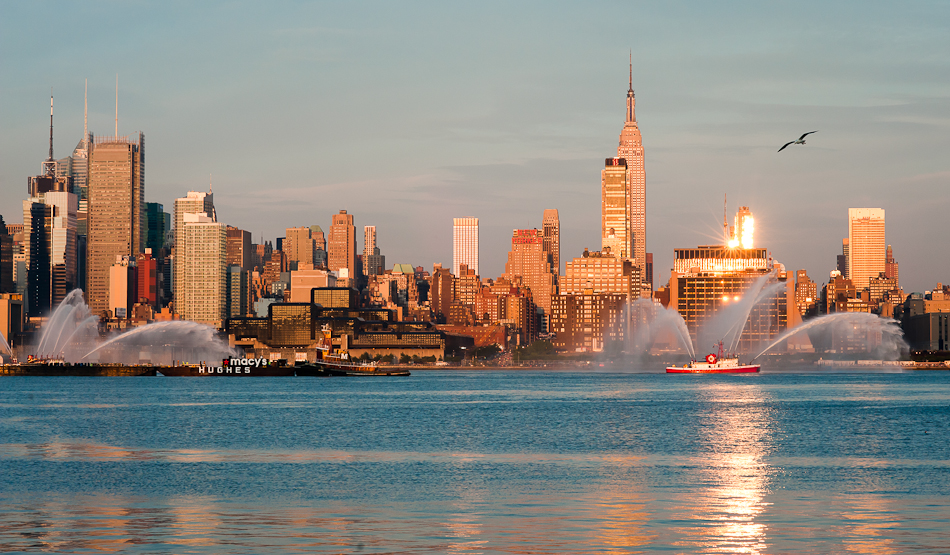 Finally, the sun went down and the fireworks came out. 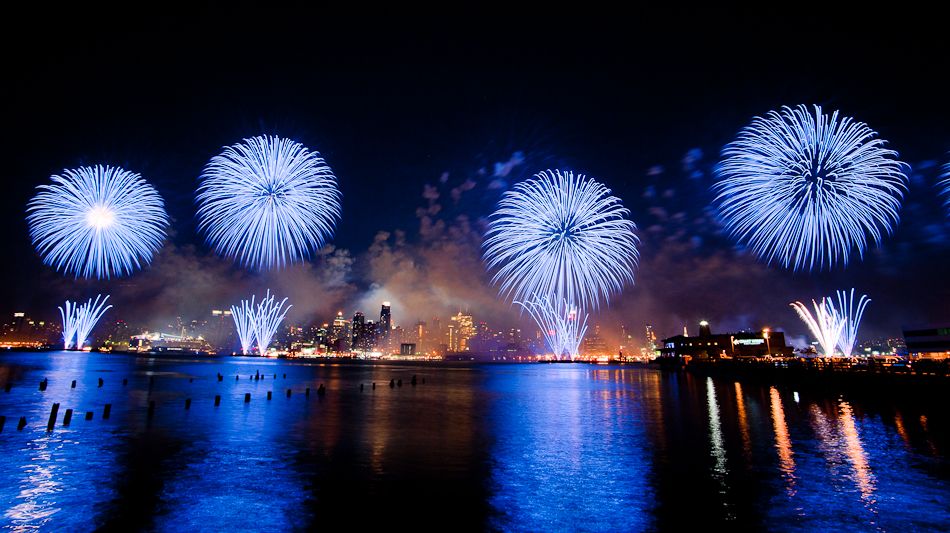 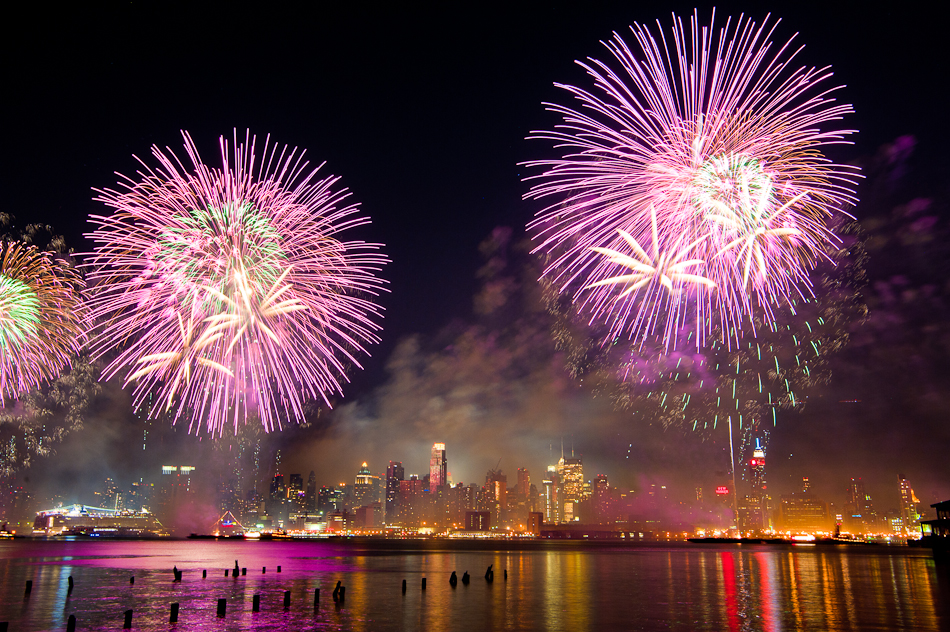 And then, just like that, it was over.  Five hours of sitting and waiting for twenty-six minutes of impressive-but-brief action.  I can’t help but feel like there’s an analogy in here somewhere.  Still, the show was definitely worth the price of admission and while I might try to find a different location to view and shoot from next year, I’m definitely glad we made the trek out to Edgewater yesterday.  Especially since it meant getting views like this one, Manhattan’s post-explosive, smoky aftermath: 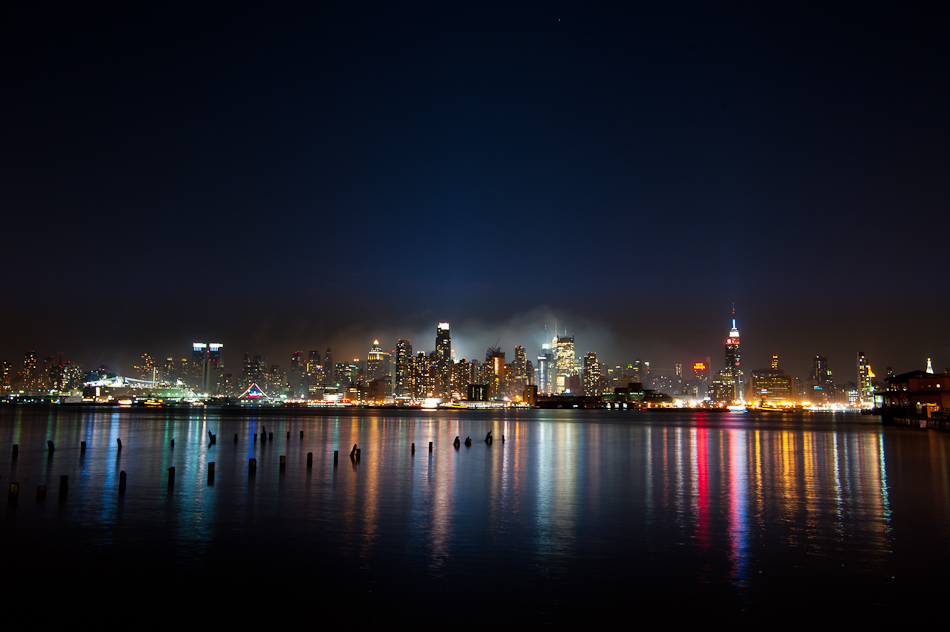 p.s. There are more photos of the fireworks (and others) in my flickr pool.