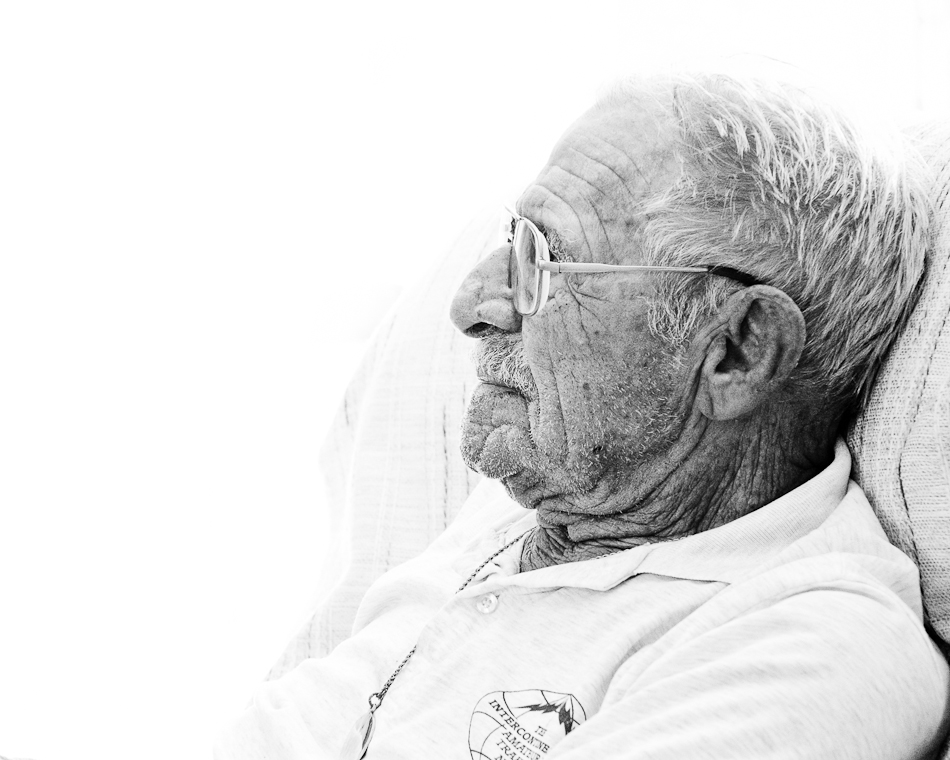 The benefits of black & white

A recent conversation with some photographer buddies made me realize that there are a number of photographers out there that don’t work in black & white at all. A number, I’m sure, that’s rapidly growing.

It makes sense, in a way. Many (if not most) of today’s photographers started on digital cameras; fewer and fewer photographers are cutting their teeth in darkrooms, so they don’t have a preference for (or personal connection to) film that older photographers might. And as film rapidly becomes a specialty item reserved for enthusiasts and professionals (not unlike how the only people who still buy vinyl are hipsters and DJs, but I repeat myself), we’ll no doubt see that number grow.

1. It forces you to focus on the image

There’s no color, no hue to distract you. Composition suddenly becomes more pronounced, light doubly so. Shadows appear deeper, highlights pop. Your photograph is reduced to its bare essentials and you get to see how well it holds up. Any bozo can run a picture of his shoes through a Hipstamatic filter and consider it retro. But convert it to black & white and see if it really is deep and artistic, or if it’s just a picture of someone’s Chucks. Yet while black & white will reveal a bad photo for what it is, it’ll also draw attention to a good one. Since it forces you to focus on the subjects and the emotion of a photograph, going monochrome lends drama to the image (especially in portraits).

2. It can save some of your photos

Being color-free means you’re immune to its pitfalls. Your shots from that dark club all have that orange/red cast to them? Convert ’em to black & white! Mixed lighting giving people this odd pallor you just can’t fix? Not anymore! Converting to black & white is the simplest remedy for an image whose colors aren’t wowing you.

Going black & white can also give you a new lease on photos you would have tossed otherwise, such as with the snap below of Neil Gaiman autographing a book for a fan dressed up as Death (one of Gaiman’s more popular characters). In color, the photo is flat with a mustard yellow tone throughout. The subjects just kind of get lost among the yellow and the brown. But convert it to black & white, and suddenly the ugly walls are rendered a more neutral tone. Neil and the girl both pop more and their increased visibility draws focus to them. The doorway disappears into shadow and the EXIT sign is a little less glaring. The girl’s face stands out much better against her hair. A dud of a shot, rescued by black & white. 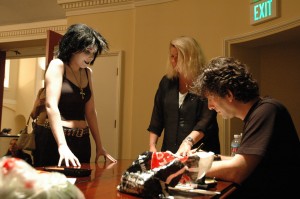 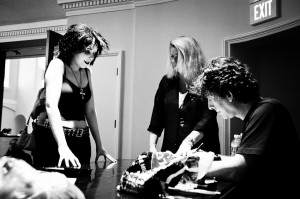 3. It gives your photos cred

It might be a little superficial, but black & white photos do indeed carry a sort of “classic” air about them, and simply converting an image can often imbue it with gravitas. The most obvious example of this is with high-ISO photos. In color, it’s “noise” and it’s a distracting element that takes away from your image. In black & white, it’s “grain” and it’s artistic.

Of course, as stated early on, the image still matters. Converting won’t fix a bad image, but it can improve a so-so one. When I first took the original color version of the photo at the top of the page a few years ago, I didn’t think much of it. It wasn’t a bad photo, it just wasn’t very remarkable. It was grandpa in a recliner. Big whoop. When I rediscovered the photo a few days ago, I decided to take a quick stab at it in Lightroom and with just one click of the mouse, it was immediately a better photograph. A portrait rather than just a snapshot. A quick burn here or there and some contrast tweaks, and within minutes I had what is probably one of my favorite photos of my grandfather.

The next time you’re rigging lights for a shoot, switch your camera to b&w mode before firing off your test shots. When you preview the images on your LCD, it’ll be a lot easier to get a sense of where and how the light is falling. Color can easily distract. By studying a black & white image, the only thing you’re looking at are the shadows and highlights. And when you’re dealing with a 3-inch display, the fewer distractions you have, the better. 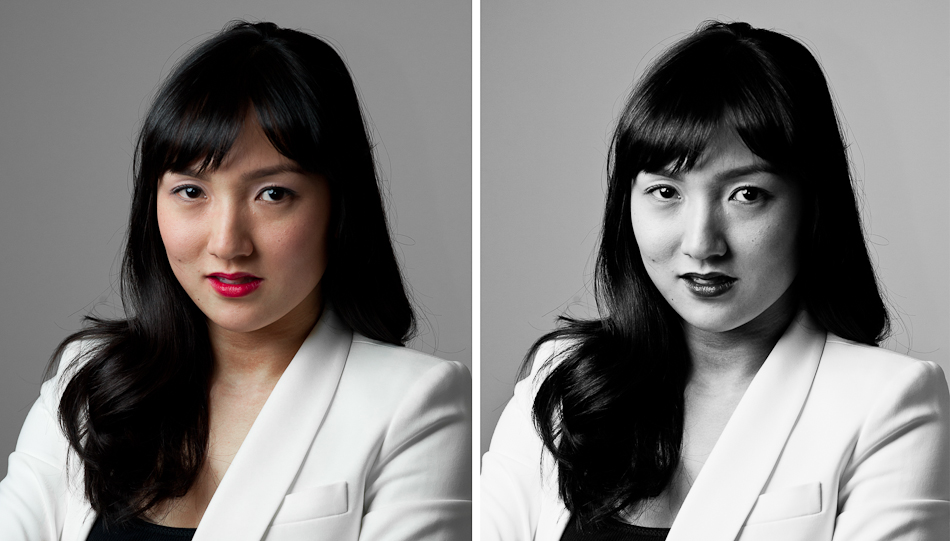 Take #4 a step further and keep your camera in black & white when you’re done setting up the lights and are ready to shoot. So long as you’re shooting in RAW, the color information will still be preserved in the file for when you do your post-production. Meanwhile, the black & white LCD preview will keep you focused on the composition during the shoot and make it a little easier to spot posing issues.

Black & white is the cornerstone of photography, and understanding it and having that knowledge in your arsenal will do nothing but good things for your work. Try it the next time you’re out shooting or the next time you’re working on photos. You’d be surprised at the difference it makes.