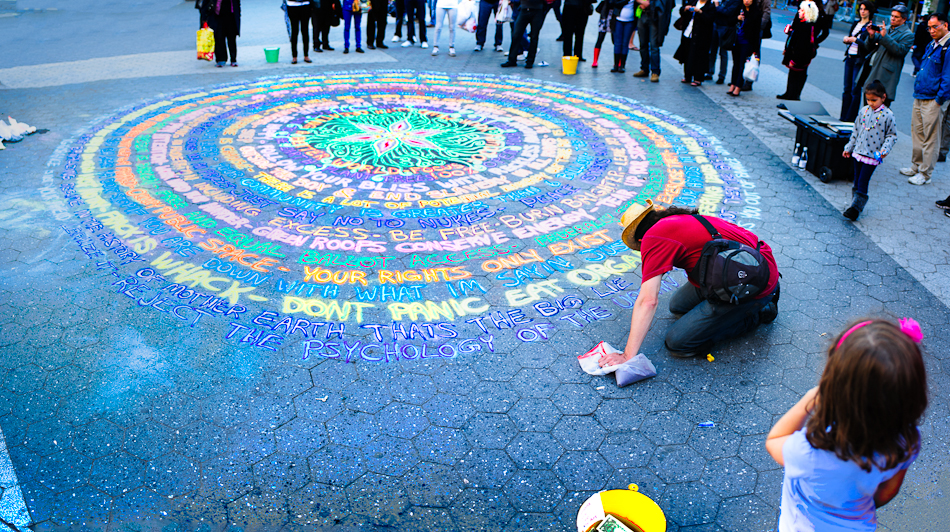 scenes from an occupation

I was four or five paragraphs into a relatively meaty—and perhaps somewhat ranty—post when I realized that I’m probably better off sticking to the old adage of never bringing up politics or religion in polite company. Especially since my posts’ comment threads are often such hotbeds of intense discourse, steeped in controversy and debate.

In any case, personal politics aside, I stopped by the May Day event in Union Square this past Tuesday. I went after work and missed most of the bigger goings-on, but still managed to take a few photos of what was left behind after the mob moved on to their march.

Here, then, without any political commentary, are a few shots from the May Day Aftermath.