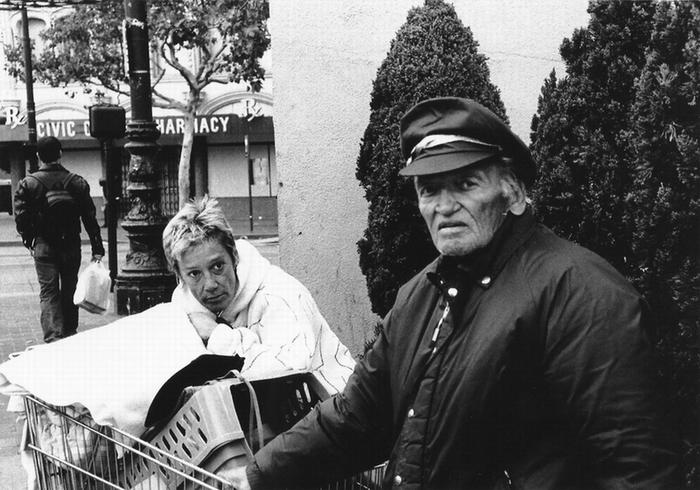 for better or worse

Another shot taken right outside my friend’s old apartment building. On the same day as the “bagman” shot. I call this couple “The Captain & Tennille, 20 Years Later.” Well, not to their faces. But that’s the image conjured up in my head. I think it’s his hat.

You don’t see too many homeless couples. I suppose a nomadic, homeless lifestyle doesn’t lend itself to long and fruitful relationships. Though I can’t help but wonder about these two. Were they a couple before they were homeless? Did they meet and get together after they wound up on the streets? Are they still together today?

And was it their pet that used to live in that cat carrier, or did they find it in a dumpster?