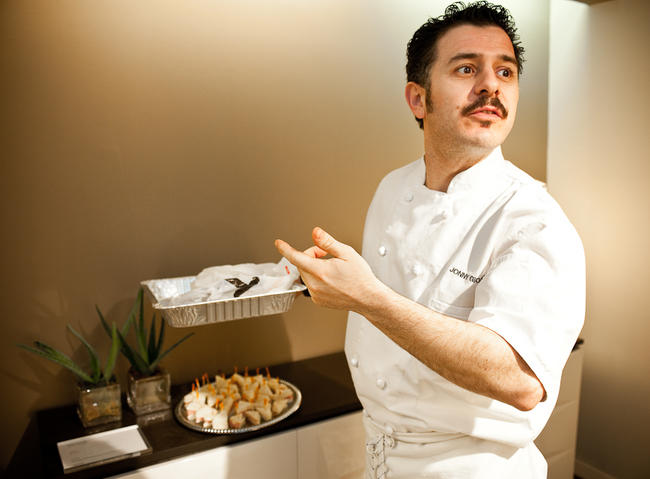 Last night was the Natuzzi event I mentioned in my last entry. For some reason, I always find myself best connecting with and having most fun with the people behind-the-scenes than anyone else. Which isn’t to say that the partygoers aren’t nice enough people, just that I seem to have more in common with the salt of the earth than the crème de la crème.

Jonny came over from a small town not far from Rome, back in 2003. He was originally supposed to be in New York for only three months, but he fell in love with it and has been here for seven years now. Ironically, after only two weeks in Rome I wanted to move there to live. In a lot of ways, though, I can see how the cities are very similar. Fast-paced, frenzied, hectic, full of life at all hours of the day (and night), beautiful walking cities, filled to the brim with beautiful people. What’s not to love?

Perhaps one day I’ll make it back to Rome, this time to live for a few months (or years). Though I imagine not until I get my fill of New York, which might not be for years to come. And, of course, there are so many other cities I’m dying to live in for a while; Barcelona or Sevilla, Amsterdam, London, Prague, Hong Kong, the list is almost endless.

How cruel that the world should be filled with an almost infinite number of amazing places yet we are given only so many years to experience them in.