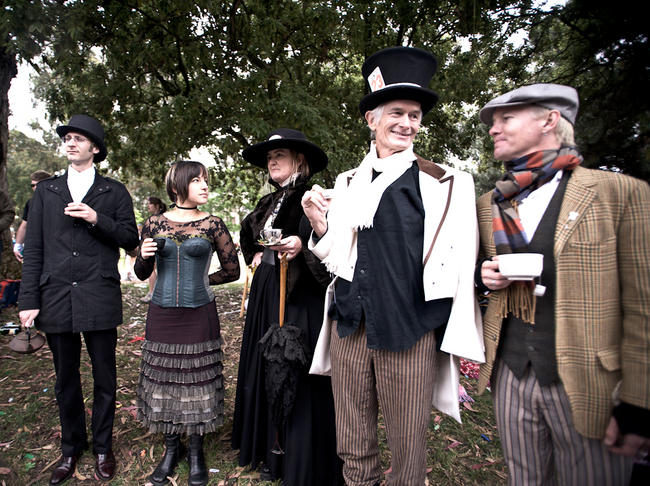 In the eight years I lived in the Bay Area—three of which spent living in the heart of downtown San Francisco—I never once attended Bay to Breakers.  Friends and coworkers often participated, to the point of thinking up fun and crazy costumes (usually group-themed), but I never did.  I wish I could provide some valid excuse but really it just boiled down to laziness.  Weekends were my sleep-in days, Sunday the holiest of holy Days of Sloth, and I’d be damned if anyone was gonna get me out of bed before ten or eleven in the morning, let alone at seven o’clock.

Friends would often try to coax me from my cave with promises of scantily-clad women.  After all, if Bay to Breakers is really just one big roving Halloween party, and “Halloween is the one night a year when girls can dress like a total slut and no other girls can say anything about it.” (at least, according to Tina Fey), then it stands to reason that Bay to Breakers would be more than able to deliver on barely-dressed revelers.  And it does, for the most part.  Though nowhere near as risque as the San Francisco Love Fest, B2B does indeed offer a wide variety of folks in states of undress (many of whom might be better off covering up).  Yet that still wasn’t quite enough to drag my snoozing butt out of bed, something that not even the smell of freshly-cooked bacon is sure to achieve 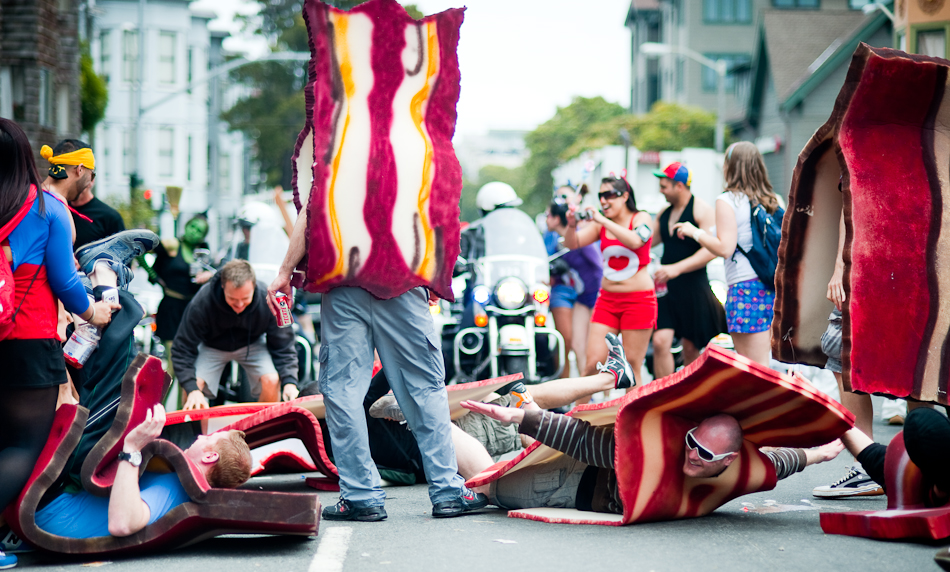 This year was a little different, though.  For some reason being a visitor in my own town and happening to be around for B2B, it just seemed like it would be a damn shame to miss it.  It’s easy to skip something when you know there’s gonna be another one next year; it’s a little harder when you’re not so sure.  So I made plans with friends.  We’d all rendezvous at the start line at 7:00am sharp and hoof all seven miles of the route.

At least, that was the plan.

What actually happened was that some of us (by which I mean “people that aren’t me”) were there at 7:00 or 8:00, and others of us (me and a couple other friends) moseyed on over at the crack of 10:30.  In our defense, San Francisco was cold and gray and muggy, and our beds were warm.  Still, we did make it out there, and I finally got to see what all the fuss was about. 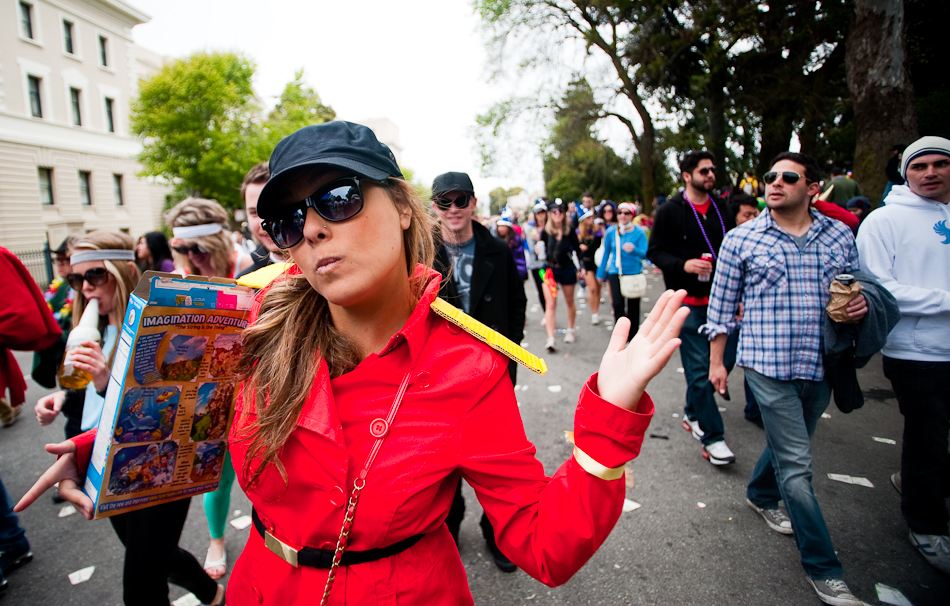 To say that the place was “a bit of a madhouse” would be like saying the Pacific Ocean is “kinda big.”  The crowd stretched as far as the eye could see in almost every direction.  There were people in clever costumes, dirty costumes, elaborate costumes, half-assed costumes, and everything in-between.  Houses along the marathon route were turned into party centrals, with DJs setting up their decks by windows and bands playing in front lawns. It was utter brilliant chaos. All of a sudden I felt like a jackass for missing it all those years prior.  Still, the feeling quickly passed as I dove in and enjoyed (and shot the hell out of) the revelers.

Sadly, I wasn’t able to stick around long due to familial obligations.  But the little time I was able to spend was enough to convince me it’s not only worth attending, but worth flying back for next year.  In fact, seeing as next year’s Bay to Breakers is gonna be their centennial, it’s safe to assume that all bets will be off and it’ll be sheer mind-bending, Lovecraftian chaos. 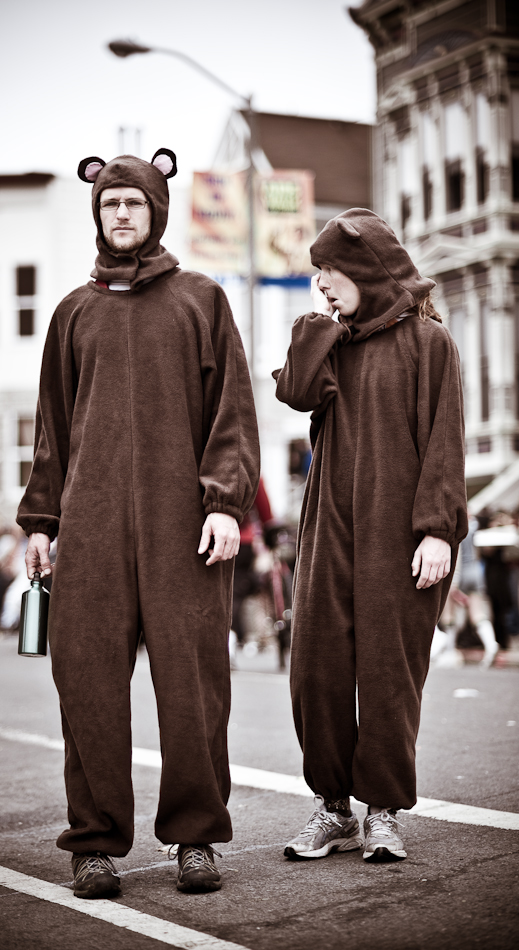