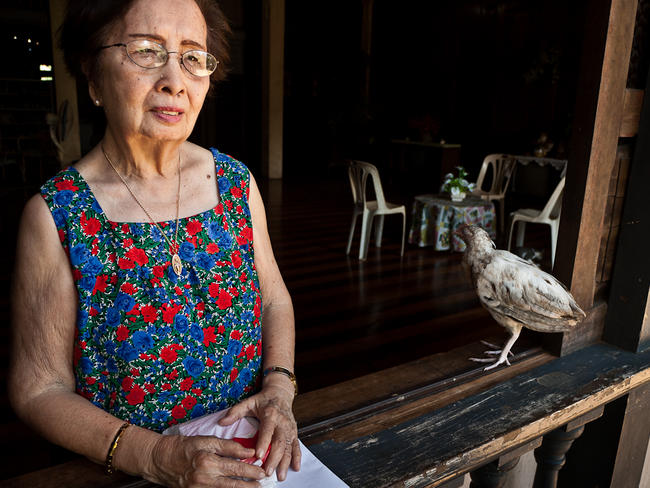 The main reason for my return to the Philippines was to pick up my grandmother, who has been living in Cebu for the last year or so.  We had sent her back from the States to escape the Winter, and illness had prevented us from bringing her home sooner.  Said picking up has hit a bit of a snag, as apparently her being in the Philippines for over a year (due to aforementioned illness) resulted in her Green Card being invalidated.  It’s a long boring story that ends with me extending my stay a week and bringing her to Manila in an attempt to sort everything out at the U.S. Embassy. 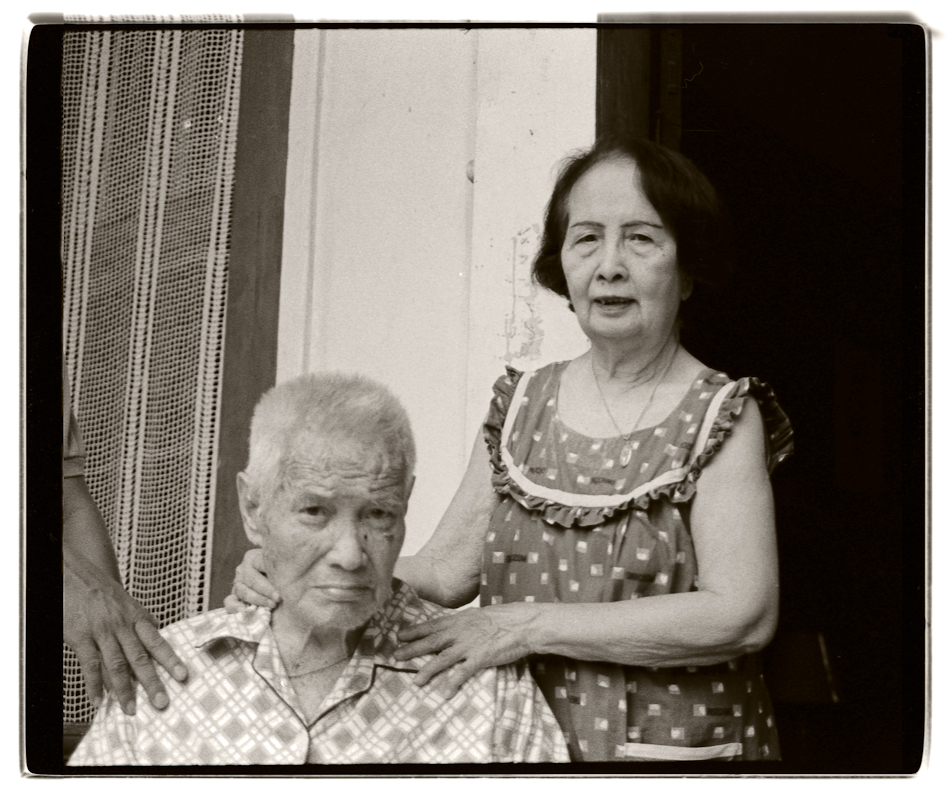 The last time I was in Cebu was in January of 2002. I had come back to the Philippines for a couple of weeks and made a short pit stop in Cebu while I was here.  This is probably one of the last photos of my grandfather alive; he died of a massive coronary three months later.  At the time of the photo, he and my grandmother were living in the same ancestral home she lives in today.  Money problems had forced them to sell their own home, and they moved into the then-vacant estate that had once belonged to his father.

In its heyday, the house had been a sort of epicenter and architectural heart of the massive Pelaez clan.  To this day, my mother and her cousins still remember the large family gatherings that would take place there.  Any time there was cause for celebration, the family would all gather in the home of its patriarch, a slaughtered goat draining over the back stairs, children running around the house playing and laughing, uncles standing on the large porch, talking,  as the aunts fussed about in the kitchen.  It was a grand, massive, vibrant home, always packed to the brim with people—during the Second World War, it had housed almost fifty refugee families in its basement while also serving as a chapel for both Filipinos and Japanese soldiers alike.  It was a house with a deep, rich history. 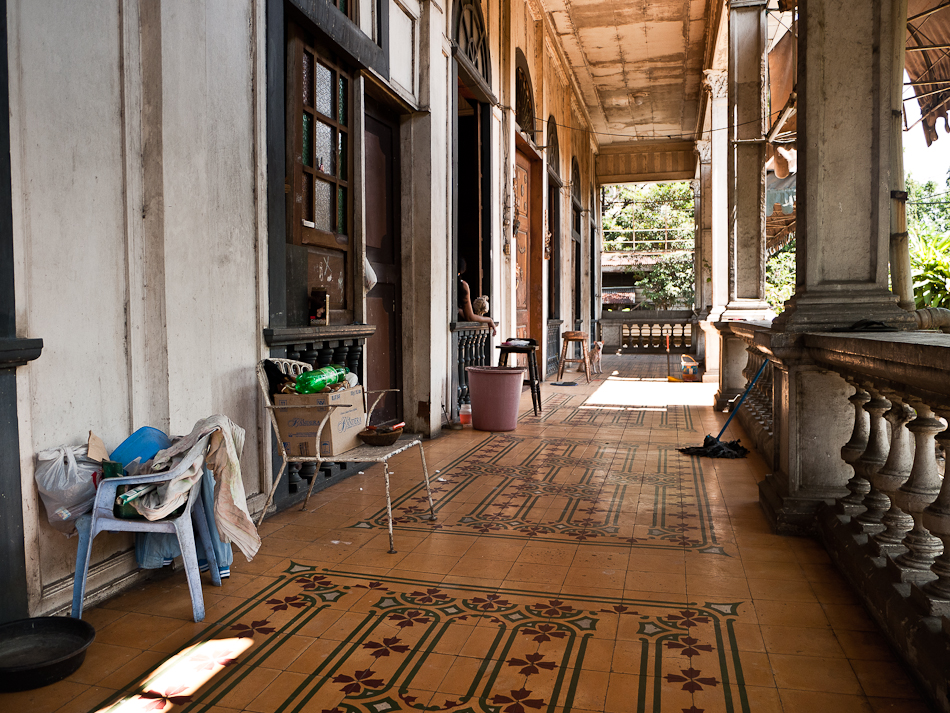 Not so anymore.  When my great-grandparents passed, the house was left largely unoccupied.  My grandfather took care of it and maintained it as best he could, but for the most part the house languished.  Over the years, various branches of the family tree moved in and out, using it as a sort of half-way house for them to inhabit when they saw fit.  Some took care to minimize their impact on the already-deteriorating home, but most did not and it fell into further and further disrepair.  By the time my grandparents moved in, the house was a mere shade of its former self, its furniture and fixtures ripped out by scavenging relatives.  Every piece of antique furniture, every heirloom item, every original fixture removed and relocated to someone else’s living room, if not sold outright.

I never knew the house as it once was.  By the time we had moved to Cebu, the house had already been long-empty.  I always knew it simply as the spooky abandoned house across the street, convinced—as children often are of all abandoned homes—that it was haunted.  That memory came back to me as I visited my grandmother on this trip. 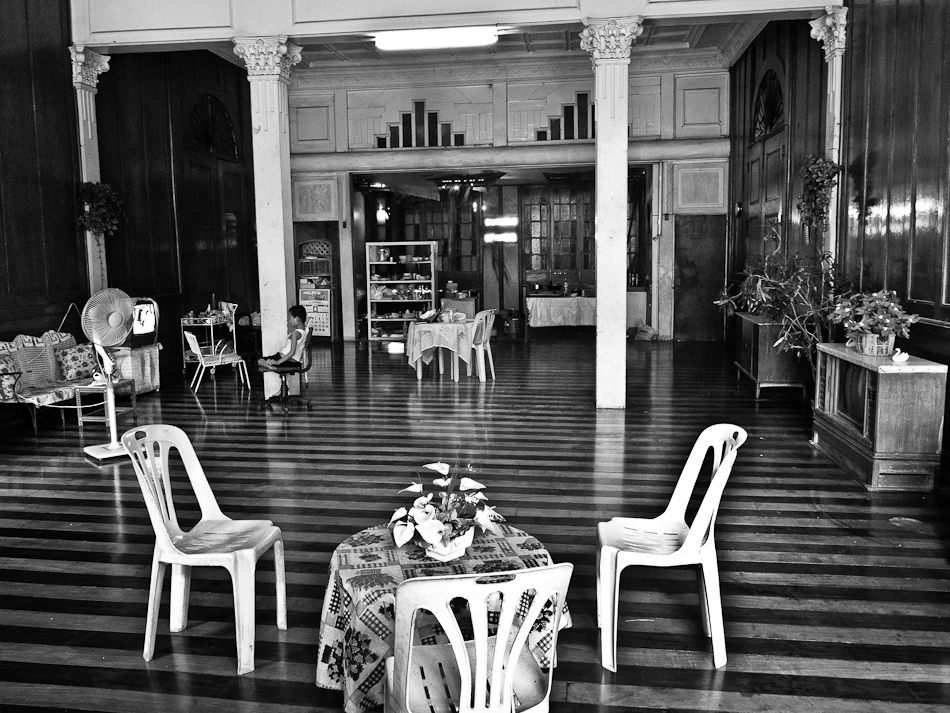 The first thing that came to mind as I saw my grandmother, sitting alone in the large, empty, gutted house was Miss Havisham, of Great Expectations, sitting alone in her ruined mansion.  Most of the walls of the house were gone, and many of the rooms were sealed up either due to utter disrepair or because self-entitled relatives decided to use them as their own personal storage sheds.  When my grandmother emigrated to the States in 2004, what little she had left was quickly swooped upon by the same vultures she called kin. Now all she has to accompany her in the large, empty house are Nora—her maid and companion of many years,  a few broken televisions and the most basic of amenities, many of which purchased so that she’d have somewhere to sit, eat, and sleep.

The current state of the house is nebulous at best.  Though my grandmother currently resides there, her trip back to the States will be her last; she won’t be coming back to Cebu ever again and once she’s left, the house will go back to being unoccupied.  An industrious uncle hopes to restore the house and turn it into a possible museum or landmark, but as it is an ancestral home it is co-owned by the heads of the various branches of our family tree and many of them refuse to help out, either due to spite or greed.  Perhaps one day we’ll see the house returned to its former glory.  Even if it is never a home again, it would be nice to see the property as it used to look, as it was intended to look, not as it’s looked for the last twenty years.  We don’t get to leave much behind when we go, so it’s important to treasure and cherish that little which remains.  Hopefully the few remaining holdouts will eventually see that.