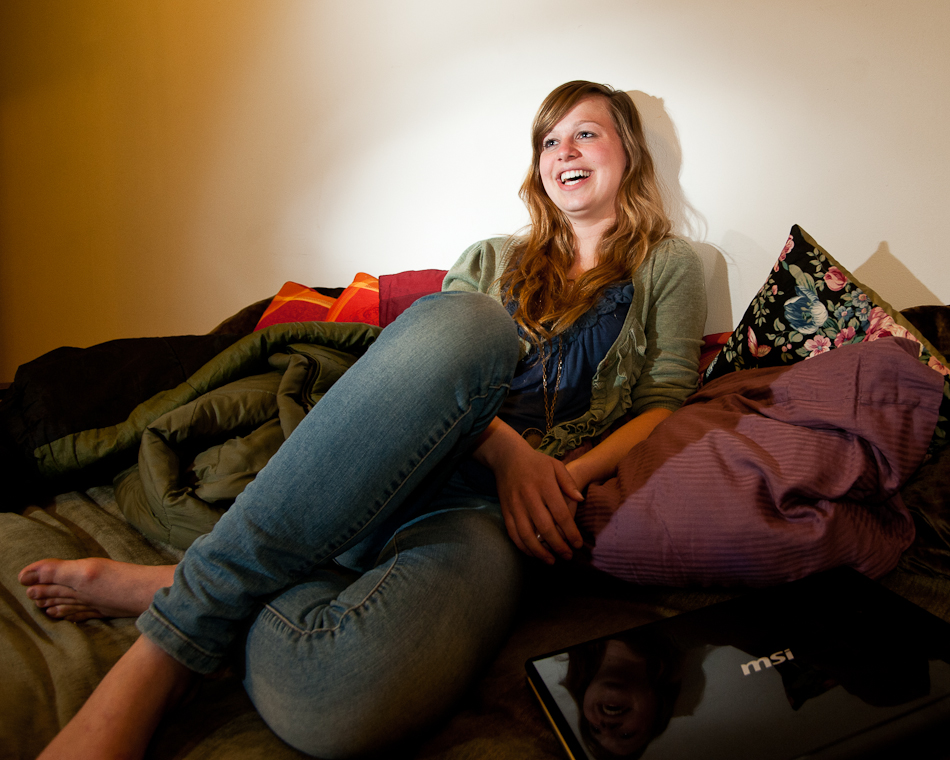 I restarted my couchsurfing involvement after an almost two-year hiatus, and not a moment too soon. As much as I’m absolutely loving New York, my inner vagabond is starting to get antsy for the road and being around travelers helps sate the wanderlust, if only vicariously.

Sara was the first (of many) to email, looking for a place to crash. She’s coming up on the homestretch of an eight month jaunt across Canada and some parts of America (those parts being New York and the West Coast). Interesting how I always seem to catch people on grand world expeditions. Yuriy was in the middle of a cross-country road trip, Jo was at the tail end of an eight month world trip, and Ana & Ariel was about to embark on a two month trek through Southeast Asia. I, meanwhile, only seem to couchsurf when I’m on a one-week trip to Boston. No grand adventures here. At least, not yet.

Sara’s trip has been pretty exciting so far, it seems. While in Vancouver, she and her boyfriend (who had been her traveling companion up until not long ago) bought a junker van, a big ol’ Ford E-150 and proceeded to drive it to San Diego, then from San Diego to Toronto. It had been missing some seats when they bought it so they took advantage of the space and put in a dresser for their clothes (naturally). For three months, that bucket of bolts was their mobile home. Then, when they reached the end of their massive road trip, they listed it for almost double what they paid for it. And found a buyer!

I can’t even begin to imagine the kind of adventure it’s been for her so far. And for every exciting story told, there are a dozen more unshared. This whole trip must have been a moving, eye-opening experience. How lucky to have the benefit of a gap year, to be able to get out and get some perspective before moving on to the big, looming Life Stuff.

One day I’ll have a big, life-changing journey of my own. And it’ll be epic, and it’ll be so incredibly well-documents. But for now I’m happy to host travelers in the middle of their own treks and listen to their stories of What’s Out There. If Mohammed can’t come to the mountain, after all …