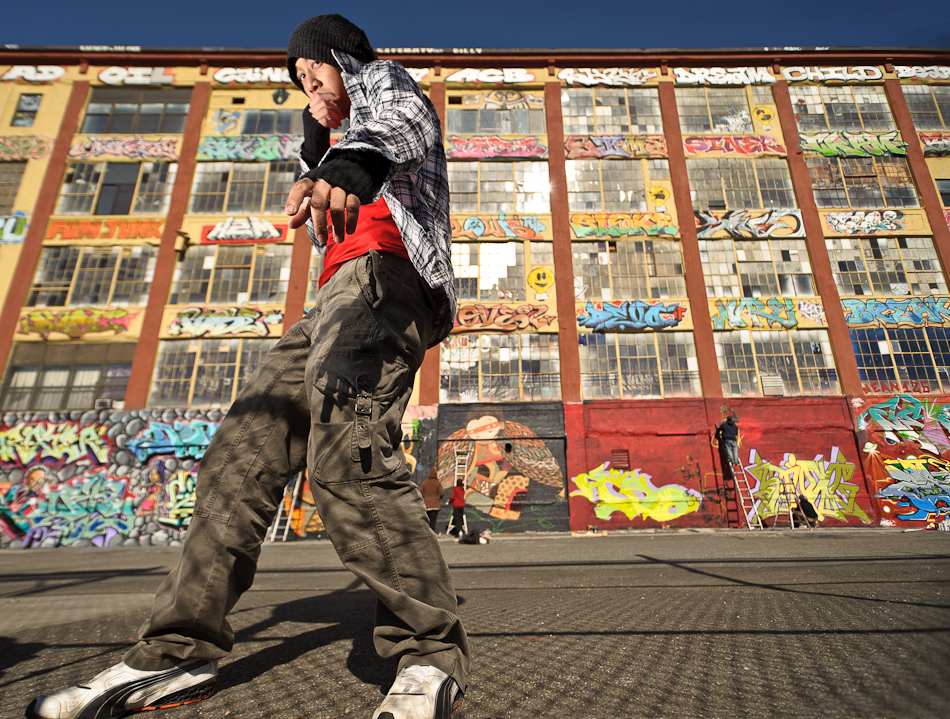 Last week, comrade-at-arms Tasayu (previously) approached me to do some head shots and portraits over at at the “Institute of Higher Burning” and graffiti landmark 5 pointz. Never one to turn down an opportunity to check out new locations (and just explore), I was in from the word go.

The shoot presented a number of challenges, which I loved. You generally want paid gigs to go smoothly and offer no surprises, but when you’re just shooting with friends and have the luxury of making mistakes, challenges always provide great learning experiences. 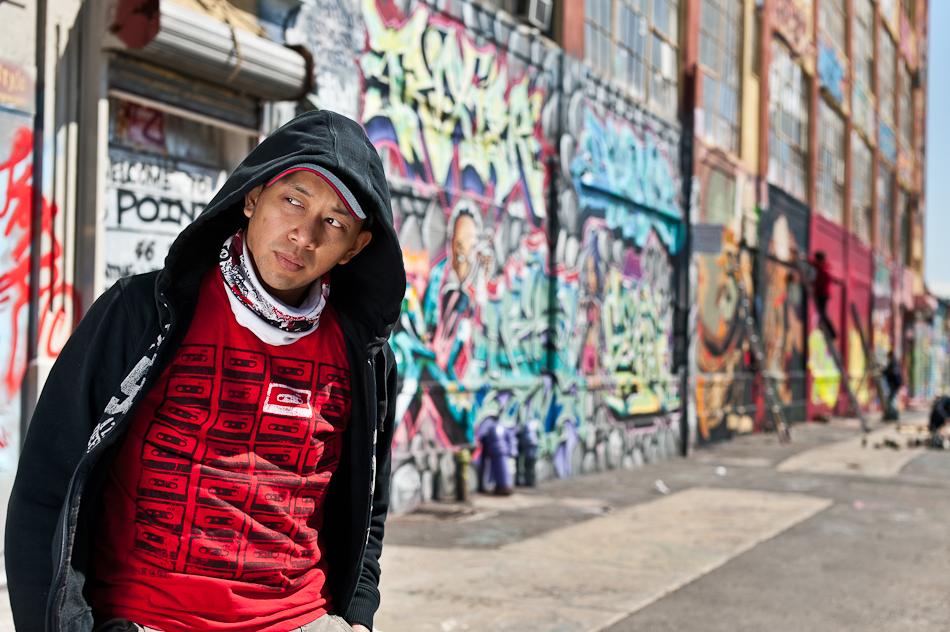 Unsurprisingly, Mother Nature was behind most of the challenges we faced, namely the out-of-nowhere gusting breezes, the harsh midday light, and the “Why didn’t I pack my gloves?” cold. Luckily, our buddy Will was there to help out and be my VAL for the day. Never underestimate the merit of an assistant. Especially in a blustery day like this was. There were times when I wish I had two people helping hold down the rigging.

Of course, sometimes solutions bring about their own challenges. Such as the fact that having Will there to hold a diffuser also meant that he was between Tas and the sun and casting his own reflections in a lot of shots. Thank god for Photoshop. 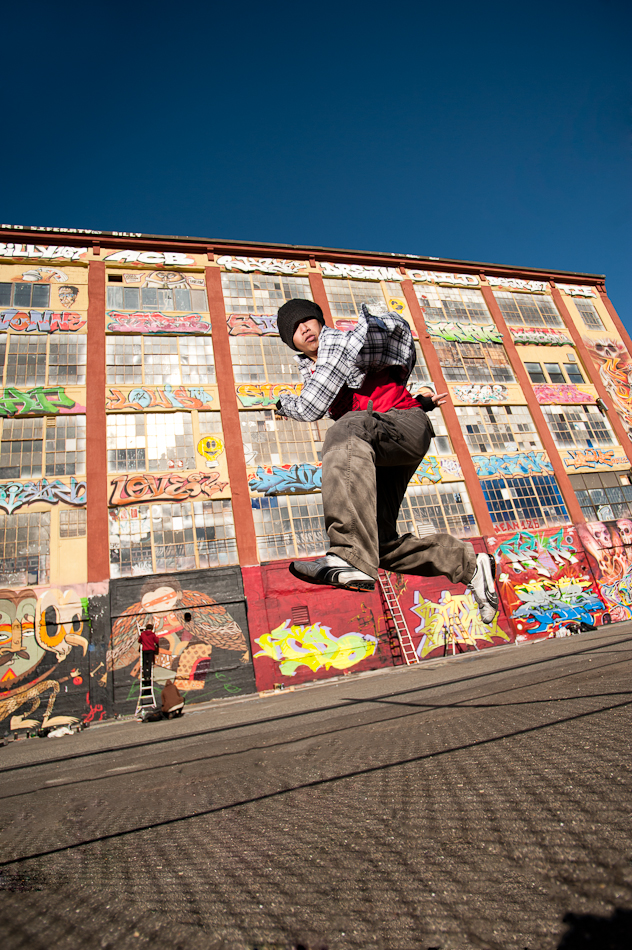 Despite the wind and the unforgiving sunlight, though, it was still a great shoot. We had the pleasure of watching amazingly talented artists work on the walls and I tried to capture some of that in the photographs. 5 pointz is a truly amazing site and unique among landmarks and other works of art because it is a living thing. New artists are constantly coming in and painting over old, only to have their own works eventually replaced by something new. The walls of these buildings are living murals, an ever-evolving memorial to the artists—some from all around the globe—who poured their souls into it.

And some fool wants to tear it down and put up more glass monoliths. 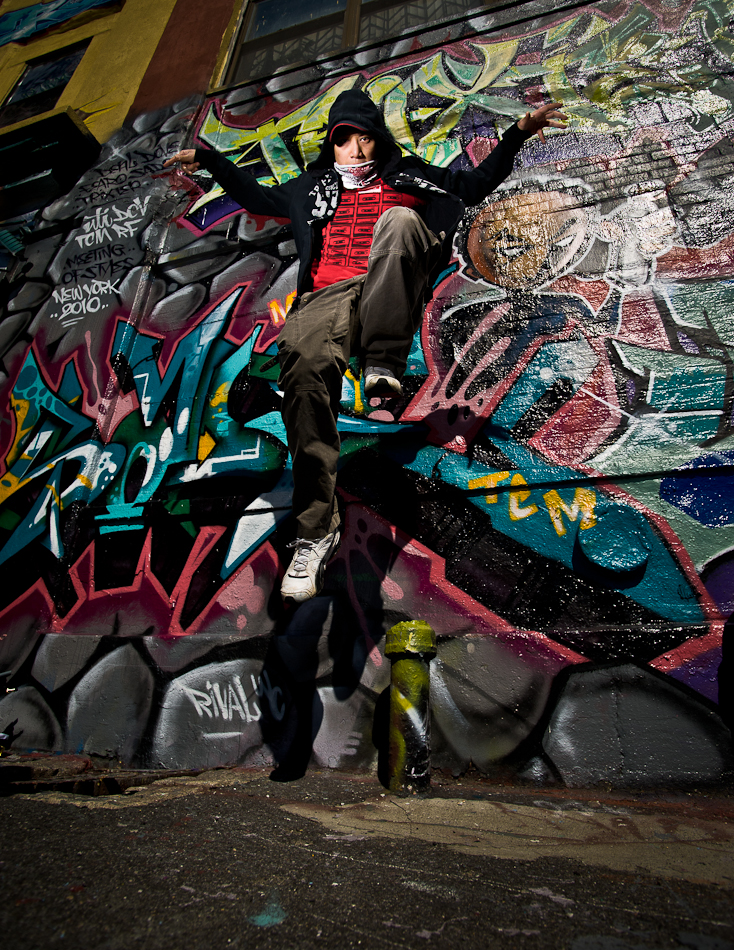 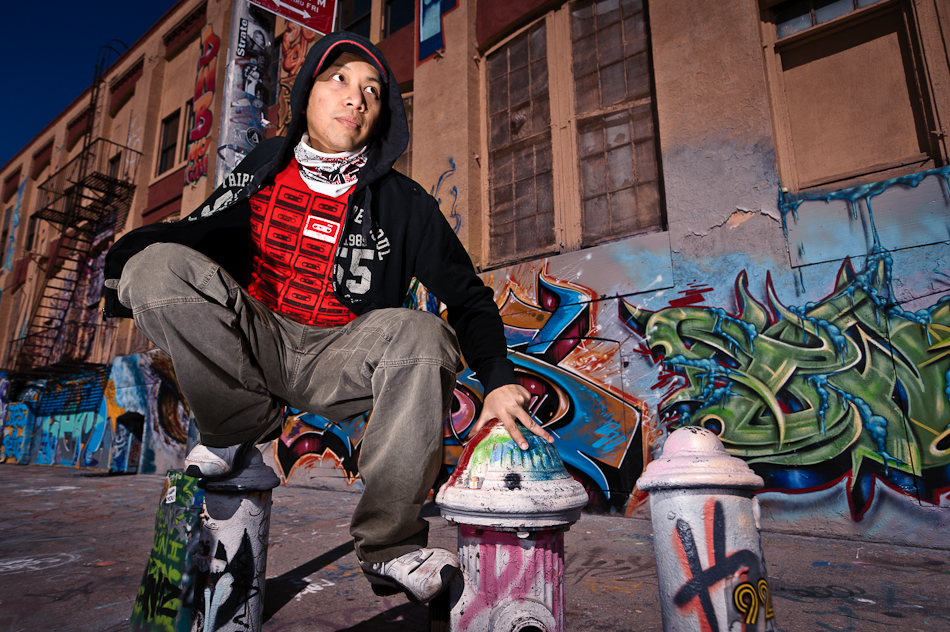 I was able to talk to the 5 pointz curator, Meres, while I was there. He told me that they’re not angling for a landmark status to save the spot. Rather, he wants to speak to them in their own language and show that 5 pointz can be a viable, profitable entity. He plans to turn convert it into a museum and eventually open a proper “graffiti school.”

Even from the few hours we were there, shooting, it was clear they took this all seriously. Photography required a donation first, with the “suggested donation” varying depending on where you wanted to shoot and what you were shooting. Likewise, portrait or engagement photographers were required to have official permission (as did artists who wished to paint). Every payment was given a receipt and every step was on the up-and-up. After seeing a few grass roots movements fail because they failed to account for the fertilizer (read: paperwork) you needed to keep the grass growing, this was a comfort.

All the talent and artistry in the world, after all, can’t make up for a lack of vision. 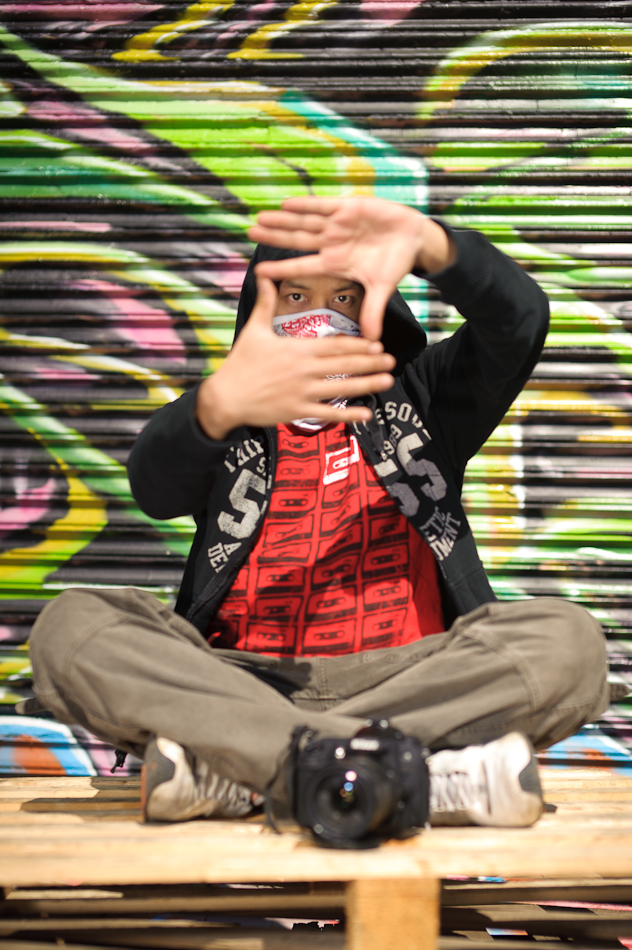